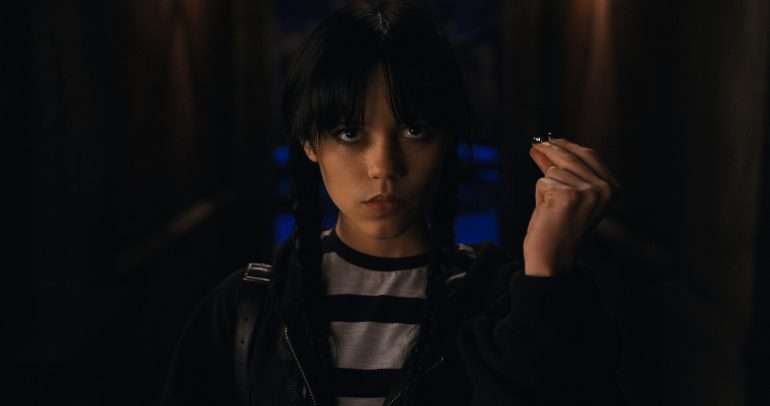 Wednesday is a coming-age comedy thriller which was released on November 23 2022, and so far, it is the second most-watched series on the platform.

As season 1 of Wednesday has concluded, Jenna Ortega’s Wednesday Addams is all set to return for a second season. Netflix has announced the same.

The series was one of the most viewed on Netflix, and in TikTok, the bloody mary song and Wednesday Addam’s dance has crossed more than a billion views and currently is the number 1 track on Apple iTunes and Spotify.

Wednesday has been officially renewed for Season 2! pic.twitter.com/ekqlxP9ueW

In the Wednesday Season 1 finale, we see that Hyde (Tyler) is still out there this time.

He is being safely taken into police custody.

They may be shifting him to a different location to keep him away from the city.

Plus, with Larissa Weems and Mayor Walker now dead, the students were directly have been sent back home and at the final see we see that when Xavier Thorpe gives Wednesday a phone, she sees that someone is stalking her and sending her creepy texts, so who is the stalker and what does he want with Wednesday Addams?

For answers, we would have to wait until the release of Wednesday Season 2 on Netflix.

Our early guesses for Wednesday Season 2 will be November or December 2023.

Although Netflix hasn’t announced any date for season 2 release apart from the renewal status, it’s better to wait for an official word from Netflix for confirmation.

FAUG Mobile Launched in India: Here is All You Need to Know