In Chainsaw Man anime Episode 11, we have been introduced to a new character named Spider Devil.

Towards the Chainsaw Man anime Episode 11 ending, we see Denji, Power, Kobeni, and Aki arrive for their mission to take out Kantana Man and Akane.

Kishibe, the captain of Division 4, leads the team into the building where Kantana Man and Akane were last located.

After that, Special Division 2 captain Furuno and Shiina from the Kanagawa prefectural PD ask Kishibe about the plan.

Kishibe tells them the police and Divison 2 will only be on the lookout. The task will be carried out exclusively by the Division 4 team.

Kishibe also informs them to be careful because all the members of Division 4 are not humans.

They are hybrids, and if one of them gets loose out in the city, it will cause more havoc than Kantana Man and Akane.

Kishibe then informs them about the characteristics of each of the Division 4 members.

We see some new faces this time.

We also see Aki, Denji, Power and Kobeni joining them in the mission.

Who is Spider Devil?

Princi is the Spider Devil in Chainsaw Man.

She is first seen in Episode 11 of Chainsaw Man, where she joins Division 4 to work alongside Denji, Aki, Power, Angel Devil, Shark Fiend, and Violence Fiend under Kishibe’s guidance to help them take out Kantana Man and Akane.

Princi looks like an attractive woman with a type of zipper on her body (mainly from her chin to face), which can be used to split her open and transforms her into the Spider Devil.

The Spider Devil embodies the fear of spiders in Chainsaw Man.

In her full Spider Devil form, she transforms into a Spider with 8 legs, each sharp like a sickle capable of exterminating demons with a single blow.

Princi is friendly towards humans and works as a devil hunter for Division 4, but she is a puppet of Makima.

Whatever Makima asks her to do, she does it without any questions.

When in the International Assasins Arc (Chapter 53 till Chapter 70), Makima tasked her to retrieve the bodies or corpses of her kind working as devil hunters, Princi does that without asking any questions.

Even she had helped Makima fight the Darkness Devil in International Assasins Arc.

What are Spider Devil’s Powers?

Princi’s main power is transforming into Spider Devil by opening the zipper on her body.

Once done, she transforms into an 8 legged Spider.

Each of the Spider’s legs is big and sharp, like a sickle capable of exterminating her enemies with a single blow.

She can also submerge into the solid concrete ground, attack her enemies, and catch them off-guard.

She can move fast, which doesn’t give her opponent a chance to counter her, the same we have seen in Episode 11, where she took out a herd of Zombie devil’s zombies using her Spider Devil form. 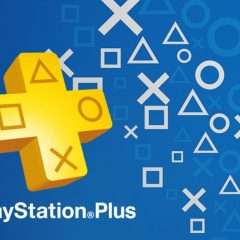 PS Plus Games for December 2021 [Revealed]