Is Akane Sawatari dead or alive? and What happens to Kantana Man? Is Kantana Man still alive or dead?

On the other hand, Denji confronted Kantana Man, and both fought each other to death where Denji did manage to defeat the Kantana man, but what happened afterwards? Did Denji kill Kantana Man to get revenge for Himeno’s death? Or Did Aki kill Samurai Sword? What happens to Akane? Is she dead? Well, let us find the answers below.

Yes, Akane Sawatari died in Chainsaw Man Episode 12, as she committed suicide at last because of the involuntary contract she had with the Gun Devil.

When Aki confronts Akane Sawatari in Episode 11, the latter spawns the Ghost Devil to fight Aki, but Aki tries to fight her without using the Future Devil or the Curse Devil.

But later on, we saw The Ghost Devil grab Aki by his neck and tighten her grip, and it seemed like Aki was about to pass out.

But as we have earlier revealed in our article, Aki doesn’t die; instead, The Ghost Devil does not kill Aki, drops him on the ground, and offers him a cigarette, similar to what Himeno used to do.

Aki then recalls the final moments with Himeno when she had told him that Ghost Devil could sense fear.

Therefore Aki follows Himeno’s advice and stops fearing the Ghost Devil, which allows Aki climbs up to her body and lets him decapitate her head using his sword.

As Aki defeats the Ghost Devil, he gets hold of Akane Sawatari, but Kobeni already has Akane by putting a knife in her throat.

As per Makima’s orders, they needed Akane and Kantana Man (Samurai Sword) alive to bring them for interrogation so that the department could retrieve more information on Gun Devil, but Akane already had a contract with Gun Devil if she is unsuccessful in her mission she would be killed by the Snake Devil, therefore as per her last resort, she committed suicide, and The Snake devil kills her on the spot.

But as per manga, shortly before Akane’s death, Makima also managed to secure Akane’s contract with the Snake Devil and took over the powers of Snake Devil as well.

Is Kantana Man still alive or dead? How Did Denji and Aki get their revenge on Kantana Man?

As Kantana Man had Chainsaw Man on his knees, he proceeded with his final attack to kill him, but Chainsaw Man, this time, summons chainsaws through his legs and sliced Kantana Man’s body in half.

After that, Denji brings Kantana Man back to his human form and takes him into custody, but before the Police come to take Kantana Man away, both Denji and Aki decide to honour Himeno by kicking Samurai Sword’s private part with all their strength and whoever manages to get the painful scream out of him would win a bet.

At first, Aki is hesitant to do but later, to honour the memory of his senior Himeno, Aki and Denji think of getting their revenge on Kantana Man, and they start kicking Kantana Man in the private part with their full force to make him suffer. 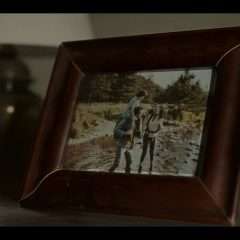