Many fans have questions like How old is Yor Forger in Spy X Family? Well, in this article, we will explain that in detail.

Yor Forger’s age in Spy X Family is 27 years. She is an assassin working under an agency called Garden.

Yor is a very beautiful girl with a fair complexion and long hair, anybody who notices Yor once can easily fall for her.

Also, one of the main advantages of Yor’s beauty is that nobody can even think of her as a ruthless assassin.

She is part of Operation Strix, where she pretends to be Loid Forger’s wife and Anya’s mother.

Yor Briar is called the Thorn Princess because of the two golden stiletto-type weapons she uses for her assassination jobs.

These two weapons look like Thorn, which can stab people and kill them instantly.

Hence that is the reason whys Yor is code-named The Thorn Princess.

In Spy X Family Universe, Yor is one of the most powerful characters. She possesses excellent agility and reflexes and is skilful in both, plus hand-to-hand weaponry.

We have discussed Yor’s powers in our previous article; you can go through it in detail.

She is a top-class assassin who kills criminals as part of her job.

In the series, she plays the mother of Anya Forger and the wife of Loid Forger as part of Operation Strix. 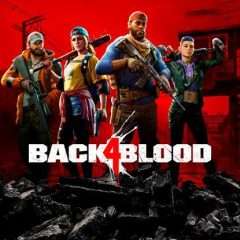 Back 4 Blood System Requirements-Everything You Need to Know