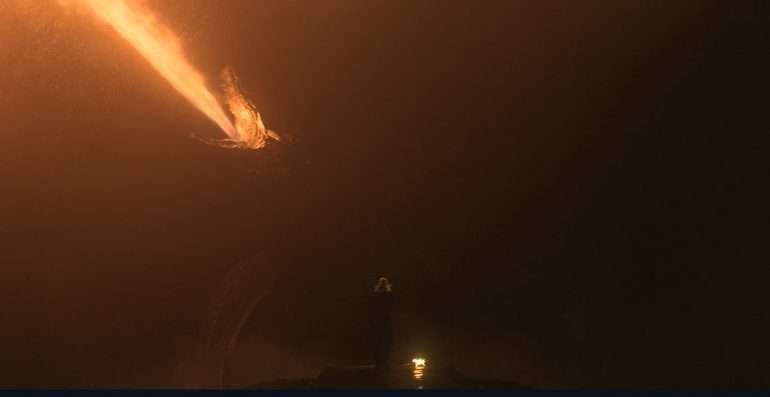 Why is Vermithor called the Bronze Fury? In House of the Dragon Episode 10, we have been introduced to the second largest and one of the fiercest dragons during Dance of the Dragons, Vermithor.

In the episode, we saw Daemon trying to sing Vermithor a lullaby in high valyrian to calm him down and promise him that he will get his new rider soon.

As Vermithor is one of the fiercest dragons of all time, he is often asked why he is called the Bronze Fury.

Why is Vermithor called the Bronze Fury?

Vermithor was 100 years old when the Dance of the Dragons began, and he was the second biggest dragon, second only to Aemond’s mount Vhagar.

When Jaehaerys I Targaryen claimed Vermithor, he was nicknamed The Bronze Fury based on his appearance and especially the colour of his wings which was of colour bronze.

When Jaehaerys died, and King Viserys became the new King, Vermithor became riderless, and till the time of Aegon II, he was riderless and resided in the Dragonstone.

When Aegon II was crowned as the King and Rhaenyra’s birthright was stolen from her, after which the Dance of the Dragon began, Daemon and the house blacks wanted more dragon riders to defeat the greens.

Vermithor being the strongest and the fiercest dragon at that time, Daemon understood that they would need someone who would be able to bond with Vermithor so that he could be used against the greens.

Many riders tried to claim Vermithor, but none was successful; later on, a Dragonseed named Hugh Hammer claimed Vermithor and fought on the side of Rhaenyra in the Battle of Gullet.

How old is Vermithor?

Vermithor was almost 100 years old when the dance of the dragons began in 129 AC; he was born on Dragonstone in 30 AC and first bonded with King Jaehaerys.

When Jaehaerys died, Vermithor became riderless and later bonded with a Dragonseed named Hugh Hammer in 129 AC at Dragonmount.

Vermithor died in 130 AC in the battle of Tumbleton; he was almost 100 years old.

Is Vermithor a she-dragon?

No, Vermithor is a male dragon born during 30 AC at Dragonstone.