King Viserys’ death marks a significantly critical point in the books as this was the starting point of the Civil War, aka The Dance of the Dragons, i.e. The fight between Aegon II Targaryen and his older sister Rhynera Targaryen for the sit in the Iron Throne.

When King Viserys became ill and died at age 52 during 129 AC, his death was kept a secret, and his second wife, Alison Hightower, concealed this from the public so that the news couldn’t reach Rhynera, who was at Dragonstone.

But, after King Viserys’s death, some of the Targaryens supported Aegon II, the son born to King Viserys’s second wife, Alison Hightower, to claim the throne rather than Queen Rhaenyra.

We know that King Viserys became ill and died at age 52 during 129 AC.

Alison Hightower concealed this from the public, and upon discussing with the greens (Queen’s party), she thought putting the throne to her son’s head Aegon II as the King of Seven Kingdoms, the death of Viserys was kept a secret so that the news can’t get spread to Rhaenyra as she was at Dragonstone during that point of time.

But later on, when Rhaenyra came to know that her father Viserys had died and his rotten body was kept in Alicent’s chambers for days plus her birthright, that is to be the Queen of Seven Kingdoms, was also taken.

Although Alicent provided a generous offer to Rhaenyra to keep the Dragonstone to herself, Rhaenyra refused.

Then during the civil war, many house greens members died when Rhaenyra and Daemon stormed King’s Landing, but Rhaenyra didn’t kill her old friend.

But after following the death of Aegon II, who Grand Maester Orwyle poisoned, Rhaenyra’s son Aegon III took the throne, and his hand Tyland Lannister put Alicent in Maegor’s Holdfast.

As per the books, Alicent lived her remaining time there, and during the winter fever epidemic, Alicent died.

Alicent became completely mad due to the loneliness and depression that everyone she cared about had already died.

Alicent started blaming herself for starting the conflict against Rhaenyra out of jealousy and eventually started hating the colour green.

Later on, as the winter fever grips her, she dies during her sleep. 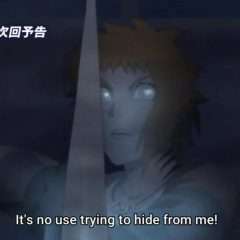