The House of the Dragon Episode 5 starts with Daemon Targaryen’s journey to Runestone, where he comes across his wife, the Lady of Runestone, and the head of the House Royce, Rhea Royce.

The two do not like each other upon meeting with Dameon, Rhea remarks about Daemon’s impotence, resulting in Daemon Targaryen throwing her wife out of her horse, resulting in Rhea Royce damaging her skull and neck and dying a couple of days later.

Daemon Targaryen runs away after that incident.

But why did Daemon Targaryen kill Rhea Royce? What was the motive behind it? If you are also finding answers to that question, you have managed to land on the right page.

This article will explain everything in detail.

Well, from the start of the House of the Dragon series, it was obvious that Daemon Targaryen, aka the rogue prince, didn’t like his wife, Rhea Royce. He used to call her “bronze b#tch”.

Rhea Royce was the lady of Runestone of the wealthiest houses based in the windswept Vale of Arryn.

Rhea and Daemon got married because of a political alliance between the two houses and to stronger the alliances between Targaryen and House Royce, nothing else.

But Daemon and Rhea were married for so long that they didn’t even see their faces, but what changed suddenly in the House of the Dragon Episode 5, and why did Daemon decide to kill Rhea Royce?

So here is what we think.

Daemon Targaryen killed Rhea Royce in order to inherit all the wealth that Rhea Royce had.

As we know, Rhea Royce was the lady of Runestone, one of the wealthiest families in the seven kingdoms, and she and Daemon didn’t have any kids together either.

Hence, Daemon killed Rhea because they didn’t have any kids together, so whatever Rhea owned would automatically inherit Daemon as he was husband of Rhea.

When Daemon confronted Rhea, she made some remarks about Daemon’s impotence, resulting in Daemon Targaryen throwing her wife out of her horse, resulting in Rhea Royce damaging her skull and neck and dying a couple of days later.

The second reason for Daemon killing Rhea Royce would be related to Princess Rhaenyra Targaryen, as we know that Daemon was in love with Rhaenyra.

Therefore even he asked for Rhaenyra’s hand from King Viserys, because of which King Viserys banished him.

At Rhaenyra’s wedding, when Daemon confronted Rhaenyra asking her if that was what she wanted. That time Rhaenyra challenged her uncle to kill all the king’s guards, take her to Dragonstone and claim her as his wife.

But Daemon doesn’t seem to go against his brother Viserys and the king’s guard.

As Rhaenyra’s marriage has been fixed to Laenor Velaryon, Daemon was now eyeing Laena Velaryon; we even saw both flirting during the Royal Wedding and eventually, both of them will get married in Episode 6.

It is pretty evident that Daemon didn’t like his first wife, Rhea Royce. He wanted to get himself remarried to his niece Rhaenyra, but that was also not possible with King Viserys being the ruler; hence in the end, he thought of getting married to Laena Velaryon.

In Episode 6, we see Laena Velaryon completely changing Daemon, and Daemon will eventually become more human as he becomes the father of Baela and Rhaena. 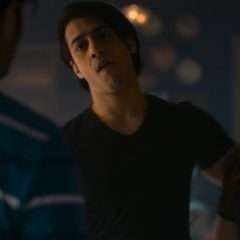