Attack on Titan: 7 Facts about Ymir Fritz that you should be aware of

Ymir Fritz is one of the most crucial characters in Attack on Titan Universe by Hajime Isayama.

Ymir Fritz is also known as the “Founder”. Ymir is the first to gain the power of Titans. She is like a Goddess to the all the Eldians.

There was a particular group in Marley who worshipped her.

The people with the same blood as Ymir are known as the Subjects of Ymir.

There is a history behind the answer to the question: Why is the World afraid of the Subjects of Ymir?

And why are the Marley and the World so focused on suppressing the entire race?

The World and the Marley see the Subjects of Ymir as a potential threat to World Peace because of their ability to transform into a Titan.

Here are some facts about Ymir Fritz that you should be aware of.

The 9 Titans Are Fragments of Ymir’s Titan

Ymir was the first being to gain the power of Titans. She was the Only Titan in her time.

She died 13 years after she got the Power of the Titans.

Ymir’s Village was Attacked, and the People were Slaughtered

On an ordinary day, while everyone was busy doing their daily chores, the Village where Ymir lived experienced the darkest day in their history.

The Eldians attacked and destroyed the entire village. The people in the village were killed ruthlessly.

The Eldian army killed Ymir’s parents and enslaved the people in the village.

In addition to this, the tongues of the enslaved people were cut. Ymir’s tongue was also cut along with the villagers.

Before 2000 years, Ymir Fritz was an ordinary girl who lived in a Village.

She was a kind girl.

She was always thinking about others and helping them out in whatever way she could.

Ymir was the Strongest Titan Ever to Exist

Ymir Fritz was the first Titan. She had the power of all the Nine Titans combined.

She was the strongest Titan in the History of Titans. All the other Titans are like fragments of Ymir’s Titan.

She was a goddess of death and destruction in the Battle.

However, there was no stopping her because of her immense strength.

How did Ymir Gain the Power of the Titan?

Someone in the village among the enslaved people set the pigs free. So the King demanded the name of the person responsible for setting the pigs free.

Otherwise, the King threatened them by saying he would gouge an eye from each one. The King also noted that Slaves did not need two eyes.

Everyone in the Village pointed at Ymir. So one of her eyes was gouged out.

The Eldian Soldiers on the horse chased her by making her run and treating her like prey by shooting arrows at her.

Ymir was heavily injured. She was left to die.

However, Ymir survived this and fell into a water body where she came in contact with a special type of organism.

This organism, combined with Ymir’s Spine and Ymir, gained the Power of the Titan.

Ymir, with the help of her Titan abilities, carved out roads. She cultivated the places in the wild as well as built bridges.

She helped the Eldian tribe grow quite large and become powerful and prosperous.

She also helped the Eldians win countless battles over the years.

The Tribe of Eldia developed into an extensive and prosperous Kingdom, all because of Ymir.

Even after all this, Ymir was always treated as an enslaved person.

She was also forced to bear the King’s children.

The King considered the Marleyans their hated enemy and ordered Ymir to annihilate the people of Marley in his name.

The Eldian King, King Fritz, Forced His Daughters to Feast on Ymir’s Body after her Death

There was an attempt to assassinate the King. However, in an effort to save the King, Ymir sacrificed her life.

Unfortunately, a spear was pierced right through Ymir’s heart, resulting in her death.

Even after Ymir died saving the King, the cruel King did not show any respect for her.

The King had no remorse for Ymir’s death.

After the death of Ymir, King Fritz forced his daughters Maria, Rose and Sina to feast on Ymir’s body.

He forced them to consume every last piece of Ymir’s body.

The King was of the opinion that whatever it takes, the powers of Ymir must be carried on.

Even on his death bed, the King wished for his daughters to bear children and Multiply and let the Blood of Ymir live on. 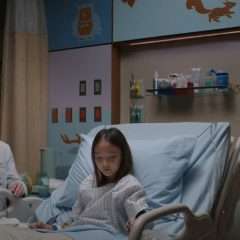