Hunter X Hunter has some of the most powerful and interesting villains in Anime history.

Their powers bring chills to the spine, and their abilities would surprise you.

Yet we all love to watch them in action. They all seem to be unnaturally strong, and each of them has its own reason to be evil.

Some just do it for fun, while others do it for money. But, whatever the reason, they are definitely overpowered.

But the main characters also keep up with them, don’t you think so? Gon and Killua continuously train and challenge themselves to get better and become strong. Surprisingly, they learn at an alarming rate.

Both of them have mastered new techniques and become a lot stronger ever since they met in Hunter Exam.

With each new challenge, they have grown into a much finer Hunter.

They have fought many villains and will continue to fight more.

They are nowhere near their limit and will rise. Some more amazing villains are yet to come their way, like the leader of the Phantom Troupe, and Gon still needs to defeat Hisoka.

Well, Hisoka is personally my favourite despite his evil character.

He longs for a good fight and a tough opponent, but more so, he is quite unique, don’t you think?

Let me know in the comments below which villain you like the most. And, till then, here is a list of the top 9 strongest villains in Hunter X Hunter. Let us know which one did we miss.

Who are the Top 9 Strongest Villains in Hunter X Hunter?

Hisoka definitely deserves to be on the top of this list. His battle instincts are too good to be real.

Not only that, he is an excellent Nen user and knows how to best use his Nen abilities, the Bungy Gum.

Hisoka loves to fight strong opponents and break their spirits.

He also has a bloodlust. During the hunter exam, we all saw how desperate he was to kill someone, and that was the moment Gon was able to get his badge.

Hisoka is the most interesting character in Hunter X Hunter and one of the best-written antagonists in anime history.

His sharp intellect and experience in fighting some of the strongest fighters make him almost invincible.

However, that was for his own desire. But nonetheless, Hisoka is still a mystery, and we all would love to watch him again next season.

Let us know in the comments below what you think about Hisoka and does he deserve to be on the top of this list.

The King of Chimera Ants, Meruem, is undoubtedly the strongest villain.

His strength is greater than even one of the strongest Nen users, The chairman of Hunter Association, Issac Netero.

Meruem was able to use Nen right from his birth and considered himself to be the absolute King born to rule this world.

He could defeat any ordinary Hunter with a single attack.

He was overpowered, but after being born as an arrogant King, he considered all humans to be beneath him.

He did not understand human nature and wanted to completely eradicate humanity.

But after meeting Komugi, his thoughts changed, and so did his beliefs.

He was now impressed by how strong humans can become and how fast they evolve.

He even wanted to spare chairman Netero’s life for proving to be a worthy enemy.

But in the end, Meruem died from the evil inside humanity.

The Rose, a radioactive bomb, exploded, and even the King of Chimera Ants could not suppress its long-term radiation.

Chrollo Lucilfer is the leader of the most powerful terrorist organization, the Phantom Troupe.

He is undoubtedly very strong, and his full abilities are yet to be released in Anime.

His primary Nen ability is to be able to copy other people’s Nen abilities and use them one at a time.

Though there are a few prerequisites for it, he can still copy all the Nen abilities if it is fulfilled.

To add more fuel to the fire, Chrollo played a major role in the assassination of the Kurta Clan and stealing their eyes.

He is, therefore, a sworn enemy to Kurapika, who would go to any lengths to avenge his brethren.

Chrollo is so strong that even Hisoka wanted to test his skills against him.

This is enough to show Chrollo’s reputation as the leader of the Phantom Troupe.

All the members of the troupe are crazy strong.

Just one of them was more than enough to defeat the Shadow beasts sent by the ten Dons of the underworld. And he hardly used half of his strength.

And yet, all of them respect Chrollo and don’t dare to make a move without his permission.

We can definitely expect to see a death match between Kurapika and Chrollo, and it will be on a whole other level.

Let us know in the comments below what you think about this match. Won’t it be exhilarating?

Undoubtedly, Pitou has to be on the list. She was one of the main antagonists in the Chimera Ant Arc and Gon’s primary enemy.

Her Nen could cover a large area of several square miles.

Not only that, she single-handedly defeated Kite.

One of the strongest Hunters was personally trained by Ging Freecss, Gon’s father, and was a father figure to Gon.

Pitou brutally killed Kite, and that was the primary reason she became the main antagonist in the series.

Gon avenged Kite’s death by killing Pitou. But, the cost to get that much strength was very high.

Not even the other royal guards could manage what Pitou alone could do.

She could heal wounds, manipulate people, have sharp animal instincts, and have incredible control over Nen.

Neferpitou deserves to be considered among the most powerful villains in Hunter X Hunter.

If you disagree, I challenge you to change my mind.

Let me know what you think about Pitou in the comments below.

Pouf, another one of Meruem’s royal guards, also played a significant role in the Chimera Ants Arc of Hunter X Hunter.

His abilities and battle strategies are beyond impressive.

He is an analytical thinker and deeply devoted to the King. His main abilities include hypnotism and a cunning personality.

He wants the King to always win and thus even thought about killing Komugi.

Pouf was also able to stall Morel and outsmart him by escaping from his very own smoke prison.

And don’t forget, Morel is one of the powerful hunters who was handpicked by chairman Netero for this mission.

He was the one to have the idea to convert humans with the ability to use Nen into Chimera ants and was the first to convert Palm into a chimera ant.

With this sharp intellect and an evil cunning mind, Pouf deserves to be recognized among the strongest antagonists.

Killua’s oldest brother, Illumi, is one of the best assassins in Hunter X Hunter and definitely one of the most important antagonists after Hisoka.

He is really scary, and after watching him in Hunters Exam and killing people with such ease, I doubt if Killua would be able to defeat him even after years of practice.

Illumi truly believes that Killua could become a better assassin than himself and even their father.

He thus pushes Killua beyond his limits, but needless to say, his techniques are pretty harsh.

His true strength is yet to be revealed, but we know for sure that he is almost as powerful as Hisoka, if not less.

Illumi is even feared among hunters for his recognition as an assassin. He has killed some of the most skilled hunters without breaking a sweat.

Illumi’s strength is really alarming, and we all would definitely love to watch him go all out.

If you also want to watch it, let us know in the comments below.

You all must remember Uvogin, right? His fight with Kurapika was awesome.

We also got to see all of Kurapika’s abilities and his Nen. He turns into a specialist when his eyes turn crystal red and can use all other types of Nen abilities. Otherwise, he is a conjurer.

Uvogin was an enhancer and one of the main antagonists of the Yorknew City arc. He single-handedly defeated all of the shadow beasts by hardly breaking a sweat.

And just to remind you, Shadow beasts are the top 10 strongest and most feared Nen users of the underworld which are hired by the Ten Dons.

But, Uvogin was easily able to kill all of them.

He might look like just brawn and has no brain, but when it comes to fighting, he is really strong, and his years of experience are a boon to him.

He is sharp and can defeat even highly skilled Nen users.

Uvogin met his end at Kurapika’s hands and incurred the wrath of the last survivor of the Kurta Clan.

However, in the end, was, we can all agree that he was an excellent fighter and one of the best antagonists we have seen in Hunter X Hunter.

Youpi was one of the three royal guards of the Chimera Ant King Meruem. He was exceptionally strong and had a unique ability.

He could easily manipulate his body to procure different body parts like hundreds of eyes and a couple of arms.

He could also grow wings to fly or change his feet to hooves like a horse to run faster. Amazing, isn’t it?

The reason is simple. He is just brawn and has no brain.

Youpi has incredible strength and abilities, but he has literally no thinking ability.

He could fight as good as Pitou, if not better, but he still could not figure out the abilities of Knuckle’s till the end.

As Knuckle mentions, Youpi has an unnatural amount of Nen, and even after landing thousands of critical hits, it would still be impossible for Knuckle’s bankruptcy to stop his Nen.

Both Morel, Knuckle, and Killua had a hard time against Youpi, and he is definitely one of the powerful supporting antagonists that we can see.

Feitan is a member of the famous Phantom Troupe and one of the strongest characters we have seen in Hunter X Hunter so far.

He was able to easily defeat one of the squadron leaders of Chimera Ants.

His incredible agility and technique can overpower any Nen user.

Not to mention the fact that we know very less about his true strength and personality.

He lays low and does not stand out much in the Troupe like Uvogin or some other members.

But needless to say, when in a fight, he is pretty strong.

He is one of the coldest characters that you could encounter, and we all would love to see him fight with his full power.

He is still not defeated, and it would be amazing to watch Feitan in action once again.

What do you think about Feitan? Could he be the strongest member of the Phantom Troupe after its leader Chrollo? Drop down your thoughts in the comments below.

These are the Top 9 Villains who we consider to be the strongest in Hunter X Hunter so far.

Let us know in the comments below which villain deserves to be the 10th on this list.

Also, mention the reason for it, and we would add that antagonist here. Which villain do you like the most? Is he stronger than all of these? 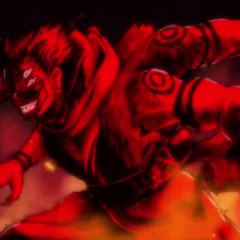