Kugisaki Nobara is the main female protagonist in the Jujutsu Kaisen. Her death is the main question for Jujutsu Kaisen Manga readers. Is she really dead? Or is Nobara Kugisaki alive? Can she survive Mahito’s transfiguration attack? Or did she die after the Shibuya incident arc?

Being one of the main characters in the series, we would generally not expect her to die. But, with Akutami-Sensei as the writer, it won’t be much of a surprise if she dies.

What Happened to Nobara Kugisaki in Jujutsu Kaisen?

During the Shibuya Incident Arc, Nobara fought Mahito and was able to put up a tough fight against him. She fought his double and almost defeated it.

But unfortunately, she lowered her guard, and Mahito attacked her with his transfiguration technique. He touched her head and changed its shape, crushing her left eye.

Just after that, Nitta used her healing techniques to heal Nobara’s wound. She also told Itadori that Nobara might survive but asked him not to get his hopes up.

Mahito’s technique attacks the soul and changes it. So there is a very low probability that Nobara will survive this.

Is Nobara Alive in Jujutsu Kaisen?

Officially there has been no confirmation about Kugisaki Nobara’s death or whether she is alive.

Since she suffered from Mahito’s vital attack, it is almost impossible that she would have survived.

But if she managed to survive it and came back alive, she would have still lost her left eye.

It was brutally crushed when Mahito’s technique started changing her body.

Also, Nobara’s death has not been shown in anime or Manga yet.

So it won’t be wrong to hope that somehow by any Miracle, Nobara survives.

If Nitta’s technique could save him, it would be great to have her.

What are Nobara Kugisaki’s Powers and Abilities?

Nobara Kugisaki might not seem to be the strongest of all, but she is very skilled and gutsy.

She is among the very few Jujutsu Sorcerers who have the ability to do physical damage as well as the soul.

But unlike Mahito, she uses positive curse energy to fight her enemies.

She is very skilled in using nails and pouring her curse energy.

Nobara can immobilize anyone or deal physical damage to them if she can get in touch with any of their belongings.

She also has very fast reflexes and is very quick in her attacks.

Also, her personality is that of a warrior.

Nobara never surrenders, even if her life is at stake.

She never hesitates, even for a second.

During the fights against the special grade curses, she did not run away but faced them with overwhelming odds against her.

And that makes her worthy of admiration and one of my personal favourites in Jujutsu Kaisen.

Most of the JJK fans across the globe are hoping that she returns alive.

Why do we think Nobara Kugisaki might be Alive?- Our Theory

Nobara’s death has not been shown in Manga yet.

Even when Itadori asks Megumi about her condition, he is silent, which means either she is dead or she is alive but still in a very critical situation.

We certainly hope that Nobara is alive because her character can develop so much further ahead in the series.

She has a lot of room to grow and become one of the most powerful female protagonists in the anime community.

Nobara is like Sakura or Noelle from Naruto and Black Clover.

She works hard and believes in herself. She has honed her skills through sheer hard work and efforts.

Itadori and Megumi recognize her abilities and trust her completely to have their backs.

Her death might have a deep impact on Itadori.

But all of this is just a theory.

Let us know what you think might happen to Nobara Kugisaki in Jujutsu Kaisen in the comments below. Will she really die? 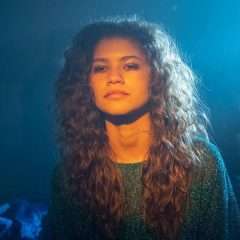 What to Expect Euphoria Season 2 Episode 1? and What time is it releasing on HBO?