Since the inception of Attack on Titan, many fans have queries such as the ones stated above.

If you are also looking for an answer to that question, you have managed to land on the correct page as this article will give you all the essential information.

Who is the first Titan in Attack on Titan?

Well, Ymir Fritz was the first Titan in Attack on Titan.

In Attack on Titan Season 4, Episode 21, titled “Around 2000 years ago”, showed us who was Ymir Fritz and also how and where she got the powers of Founding Titan.

Ymir Fritz was an Eldian who lived outside Paradis Island.

Once Karl Fritz attacked Ymir’s village and burned it down, they enslaved all the villagers and brought them to Paradis as enslaved people.

One day someone from the enslaved person had freed all the Pigs from the Pig farm when King Karl Fritz asked why it did? All of them pointed fingers at Ymir.

After that, Karl tortured Ymir first by gauging her eye and then letting go of her to kill her with a bow arrow, but Ymir somehow managed to run and reach inside an unknown tree and fell into some giant sinkhole beneath.

After she fell beneath the sinkhole, some mysterious spine-like creature (Source of All Living Matter) attached itself to Ymir and turned her into the Founding Titan.

And that’s how it all started after falling from the giant sinkhole, Ymir Fritz got attached to a mysterious spine-like creature, after which the creature turned her into the Founding Titan (The First Titan in Attack on Titan).

How and Where did Ymir Fritz get The Founding Titan’s powers?

As stated above, Kart Fritz once used Ymir Fritz as a hunting bet on an acquisition that she had released the chickens from the farm, so as Ymir Fritz was a slave to Karl, he thought of punishing her as per his entertainment and used her as a hunting bet.

So while Ymir somehow managed to get herself free and started running, she reached inside an unknown tree and fell into some giant sinkhole beneath.

After she fell beneath the sinkhole, some mysterious spine-like creature known as “Source of All Living Matter” attached itself to Ymir and turned her into the Founding Titan.

After witnessing this, Karl Fritz decided to keep Ymir as his slave as he thought he could use Ymir to fight his wars and build an Empire of Eldia.

Ymir did what he could do to satisfy Karl Fritz. But Karl Fritz didn’t stop there.

He forced Ymir to bear his children, and both of them had three children Maria, Rose, and Sheena (The Walls of Paradis are named after these three children).

How did Ymir Fritz die in Attack on Titan?

When some soldiers from Karl’s warrior unit revolted against him, they tried to kill Karl, but Ymir tried to save Karl, took the spear on her chest, and died on the spot.

But Karl didn’t show any empathy towards the death of Ymir Fritz. Instead, he thought about how he could take Ymir’s powers and pass them on to his offspring.

Karl’s motive was that the power of Ymir Fritz should be passed on for generations as this power was the only way to make Eldia Empire powerful.

So, therefore, when Karl died, he instructed all his children to reproduce more children and passed on Ymir’s powers to them, and that’s how the Titan’s powers were passed on throughout the 2000 years, and the nine titan shifters got created. 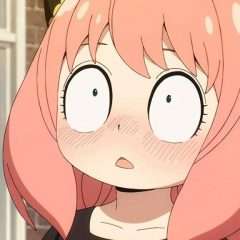