Shikimori’s Not Just a Cutie episode 6 dropped in. This is an excellent episode as we got to see a fantastic turn of events. This episode has something that every fan of this anime was expecting and was eagerly waiting for.

Izumi got sunburned at the end of the last episode. So he was resting at his home, and Shikamori called him to ask about his health.

At the same time, Izumi saw the news about the annual fireworks festival scheduled for this weekend, expecting many guests even coming from outside the city.

Izumi tells Shikimori that there is a place he wishes to go. Without even listening to the name of the site, Shikimori replied, “Sure”. That was indeed a fast reply. But Shikimori was still worried about Izumi’s sunburn. But according to Izumi, it would be okay in a day.

The day was decided, and Izumi and Shikimori went to watch the fireworks. They also enjoyed the festival, and after that, they went to a secret place to enjoy the fireworks suggested to Izumi by his father.

This was the day when Izumi did not encounter any harmful misfortune and caused serious trouble.

Shikimori’s Not Just a Cutie Episode 6 Recap: Izumi asks Shikimori to go to the fireworks festival this weekend.

Izumi got a sunburn while playing along the river and was resting at his home. Then, Izumi invited Shikimori to watch the fireworks with him, and she was indeed excited to go with him.

The preparations for going to the festival began. Izumi was trying his father’s Jinbei(a traditional Japanese outfit for men). But that won’t fit him, so Izumi’s mom suggests that he should wear a Yukata instead.

His mother also adds that she hasn’t been to a fireworks festival for some quiet time. However, the fireworks were beautiful, and there were many people there.

Shikimori hasn’t been to a fireworks festival before. At the same time, Shikimori was also trying to wear her Yukata, but she was facing a problem with tying the belt of the Yukata. She was a bit frustrated, but her brother helped her connect the sash and said she was clumsy.

Shikimori’s Not Just a Cutie Episode 6 Recap: Measures taken by Izumi to tackle the misfortune.

Izumi got a waterproof case for his phone. He also got a band-aid just in case he trembles or gets hurt. Izumi also split his money into three wallets. It would be fine if he loses 2 of those wallets.

He decided he’ll make sure that Shikimori would enjoy the fireworks festival no matter whatever happened to him.

Izumi met Shikimori at the location and was delighted to see her. However, he was frozen by her cuteness. Shikimori complemented Izumi for his Yukata. Izumi finds Shikimori’s Yukata cute. Izumi says that Shikimori’s Yukata is a bit retrospective, to which Shikimori replied that it was her Grandma’s and she always wanted to wear it.

Shikimori’s Not Just a Cutie Episode 6 Ending Explained: Izumi and Shikimori at the festival.

Izumi has a sweet tooth and was excited to eat cotton candy. He asks Shikimori if she wants one. Izumi was concerned that Shikimori did a lot of things for him, but he couldn’t give back anything.

Shikimori asks Izumi not to worry about it. Shikimori tells Izumi that she doesn’t like sweet food, but it has started testing delicious for her recently.

Izumi and Shikimori then went out to check another place. They went to a shooting place where Izumi decided to win a toy dog for Shikimori, which was a toy wolf.

The shop owner encourages Izumi to win it for his girlfriend. But Izumi fails to do so. Then Shikimori tries shooting and wins it for Izumi.

Izumi and Shikimori met Inuzuka and others at the festival. Inuzuka insists Izumi go goldfish scooping and have a contest of goldfish scooping. But it also ended in the defeat of Izumi because of an inevitable misfortune.

Shikimori decides to avenge Izumi by competing with Inuzuka. But it was the time for the fireworks to start, and Shikimori was being competitive. So Shikimori’s friend asks her to go and watch the fireworks with Izumi and let her handle the goldfish scooping.

Shikimori’s Not Just a Cutie Episode 6: The turn of events.

Shikimori breaks the straps of her footwear, but Izumi, however, manages to fix them. Izumi notices the blisters on Shikimori’s feet and says they must be painful.

Shikimori asks Izumi where were they supposed to go. But Izumi replies it is not that important. But Shikimori insists on it, so Izumi tells Shikimori about the secret spot to watch the fireworks suggested to him by his father.

Shikimori says she wants to go to that place, but her feet have got blisters. Shikimori says that she will fight blisters and endure the pain. Izumi asks Shikimori not to be like a warrior. So Izumi decides that he won’t allow Shikimori to walk any further.

Izumi decides to carry Shikimori on his back to the secret place to watch the fireworks suggested by his father. Shikimori says she is heavy, but Izumi says hell manage it.

This was the first time when Izumi was the one to help. Izumi asked Shikimori to rely on him once in a while. Izumi carried Shikimori to the top, and finally, the fireworks started.

They talked for a while, and after the fireworks ended, Izumi once again decided to carry Shikimori home. But Izumi once again encountered a misfortune where his foot slept from the steps, but Izumi’s father saved them both.

This was indeed a great episode when Izumi was not seriously hurt because of the misfortunes that he always encountered.

Shikimori’s Not Just a Cutie Episode 7 will be unfortunately delayed. It is now scheduled to release on May 28, 2022. 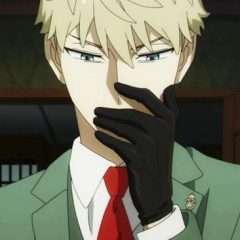