Tomorrow Episode 15 will be coming out next week, and we might finally see Jung-gil coming to know about his previous life.

We had a new case in episode 13 and Ryeon’s backstory in ‘Tomorrow Episode 14.’

Her story was as sad as one could imagine, and Jung-woong might need to do something extraordinary to help her.

With that being said, here is everything you need to know about the final two episodes of ‘Tomorrow.’

Where to watch ‘Tomorrow Episode 15 and Episode 16’?

Tomorrow Episodes 15 and 16 will be available for streaming on Netflix.

Both episodes will initially be broadcast on MBC TV at 21:50 KST, following which they will be live on Netflix.

Tomorrow Episode 15 will have a new case for the team, and it will be interesting to see what role Ryeon plays.

From the preview, it seems the new victim is a model or aspiring actor and might have got involved in an unwanted scandal.

With Ryeon having her off day and judging how the case looks, the victim might share something common with Ryeon.

We are also looking forward to seeing if Jung-woong helps Ryeon to get over her grief.

Apart from that, Jung-gil might confront Jumadeong’s director regarding his previous life, and the director might reveal the truth.

With only two episodes remaining, we can’t wait to see how the series concludes.

We have Covered episode 14 in detail in a separate post, so be sure to check that out.

During her time in the land of the living, about 400 years ago, she was married to Jung-gil.

Times were tough as Joseon were at war with the barbarians, and their weak defence posed a serious threat.

The weak defence allowed the barbarians to infiltrate and wreak havoc. They even captured Ryeon; however, she managed to escape.

After reaching Joseon, Ryeon and others were shocked to get denied past the borders.

With one guard almost attacking Ryeon, things were about to get ugly, but Jung-gil saved her.

One year has passed since that dreadful event, but Ryeon still gets nightmares of it.

Despite surviving the attack, Ryeon was still in turmoil as Josoen’s people started treating her and the other survivors differently.

Things started to get messy for Ryeon; as adding to the daily insults, Jung-gil mother offered Ryeon to die to save the family’s honour.

She and her mistress (Gop-dan) were pelted with stones for stating the obvious fact. Unfortunately, Gop-dan died saving Ryeon.

Seeing Jung-gil going off track because of her, she took her life, leaving Jung-gil devastated. 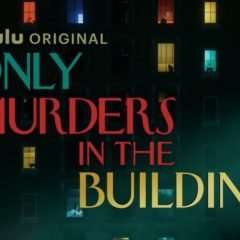 Only Murders in the Building Episode 6 Release Date, Spoilers, and a Detailed Explanation of the Previous Episode