42 Days of Darkness Episode 4 kicked off where the series left off in episode 3.

Chief Toledo is at Cecilia’s house, informing them about Mario’s accusation.

At the end of 42 Days of Darkness Episode 3, Mario sent his kids off to Santiago and headed to Chief Toledo.

He accused Cecilia and her husband of Veronica’s disappearance.

Victor tells Toledo to have a close eye on Mario instead of believing everything he says.

The kids are back, and so are the cops. Mario calls them back for Emi and Kari’s protection.

We see different perspectives. While Cecilia misses her sister, Kari regrets her behaviour towards her mother.

Twenty-three days turned 40, and there are still no signs of Veronica while her family suffers.

While the authorities plan to interrogate Mario, Victor and his team decide to form their own profile of him through Mario’s ex.

Mario explained the relationship he had with Veronica. He described as her an excellent homemaker and very attentive to the children.

Despite this, the couple lacked bonding like other usual couples.

He answered other intimate questions and explained how Veronica’s disappearance changed him.

Although his lawyer pulled him aside, Mario’s statements didn’t save him from suspicion.

As a result, Valdivia advised Chief Toledo to keep Mario under watch.

On the other hand, we have Victor and his team visiting Mario’s ex.

She told about Mario’s gentlemanly nature and how he was always so helpful.

But strangely, Mario shared his wish with his ex about taking care of her son.

Mario even approached the dad, much to his dislike.

A month of investigation has passed, and Victor’s team loses confidence.

They decided to return to their old lives until something concrete showed up and advised Victor to spend time with his son.

Even though Mario’s lawyer badmouthed Victor, Cecilia keeps her hopes with Victor in search of her sister.

42 days passed; Mario and the rescue team set out to find Veronica.

Mario keeps up with his strange behaviour and asks them to search the route from the school to their home; however, they refuse.

Mario offered them lunch, but they were interrupted by the search dog, which seemed to have found something.

While Kari visits her friend, Mario makes a strange call to Chief Toledo, informing him about Veronica.

He said that she was present in the house but dead.

She was in a specific area in the house that the authorities missed while searching.

Mario exclaimed it was out of impulse; he looked into that space that very day.

Nora calls Victor and tells him about Veronica’s condition.

Soon, everyone learns about her, and Nora points out that the exact date was the deadline for the reward payout.

The family gets shattered upon learning about Veronica, but even they didn’t expect such a tragedy.

42 Days of Darkness Episode 4 is available for streaming on Netflix. 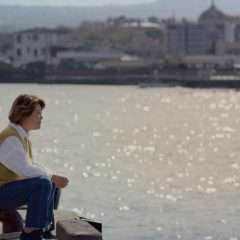 Our Blues Episode 13 and 14 release date and spoilers