Strongest Breathing Style in Demon Slayer: Demon Slayer is one of the best anime with the most breathtaking animation and an astounding story. The crazy battles of Hashiras and the powerful Demons will leave you in awe. Each episode brings up something new to the series.

Well, if you are interested to know about it, make sure to read it out till the end, as we will cover everything there is to know about the Strongest Breathing Technique. The following article contains some spoilers from the Demon Slayer manga!

In the Sun Breathing technique, the user imagines himself to be controlling the Solar Flares and unleashing them with every strike. It is the most versatile technique with no defined set of movements, making it most effective while fighting demons.

The first user and the creator of the Breath of the Sun was Yoriichi Tsugikuni. He is the most powerful demon slayer in History and the only one who almost killed the Demon King, Muzan Kibutsuji.

Yoriichi had no offspring, so he decided to pass on the breathing technique to his friend, Sumiyoshi Kamado, a distant ancestor of Tanjiro. The Sun Breathing is passed down the Kamado Family as a Dance to the Fire God along with Yoriichi’s Hanafuda earrings.

Is the Sun Breathing and the Hinokami Kagura the same?

Yoriichi passed the Sun Breathing to Sumiyoshi Kamado, who turned it into a dance involving 12 sets of steps repeated over again and again throughout the night as an offering to the Fire God Hinokami.

Hinokami Kagura is the legendary Sun Breathing Technique transformed into the form of a dance to be passed down from generation to generation, from Father to Son in the Kamado Family.

Tanjiro learned the Hinokami Kagura from his father Tanjuro Kamado. He had watched his father perform the dance from Sunset to Sunrise during a ritual as an offering to the Fire God to protect his family and keep them healthy and free of diseases.

Tanjiro’s father explained that the dance involves breathing techniques that prevent the user from tiring out, and thus he could dance forever.

Why is the Sun Breathing a forgotten technique?

The original user of Sun Breathing, Yoriichi, was the only one who almost killed the Demon King, Muzan Kibutsuji.

He was so strong that Muzan had barely managed to escape from death. It is for the same reason he ordered his demons to kill Tanjiro because after watching him wearing the Hanafuda earrings. He was scared as only a user of Sun Breathing was strong enough to defeat him.

Yoriichi was devastated that he let Muzan escape, and now the world is still in danger. He passed the Sun Breathing to his friend Sumiyoshi who promised to pass it down to the Kamado family. He also gave his Hanafuda earrings to them.

After Yoriichi’s death, the Demon King Kibutsuji Muzan and the Upper Demon Moon One, Kokushibo (Also, Yoriichi’s twin brother who turned into a demon), killed everyone who knew about the Sun Breathing Technique.

They were unaware that he had taught the technique to the Kamado family. Muzan and Kokushibo were scared as they knew that only a user of Sun Breathing could defeat them. As a result, the Sun Breathing was forgotten, and only the derived techniques remained.

Tanjiro masters the Hinokami Kagura after learning it from his father in his childhood.

But, his technique is not perfect, and he cannot fully master the Sun Breathing in anime yet. But we see in Manga that Tanjiro has dreams of the First Sun Breath user, Yoriichi.

Tanjiro finds himself inside Sumiyoshi Kamado, his distant ancestor who learned the technique from Yoriichi himself.

While using the Hinokami Kagura or the Sun Breathing, Tanjiro’s speed and attack power increased exponentially. He becomes a lot more powerful, and this must also be because his body is more suited to Sun Breathing than the Water Breathing. 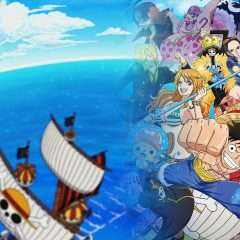