What are the hidden powers of The Ackerman Clan? and From where do the Ackerman get their powers?  (Image Credit: MAPPA)
Joydeep Ghosh·
Anime
·April 12, 2022··5 min read·0

What are the hidden powers of The Ackerman Clan? and From where do the Ackerman get their powers?

This is MediaScrolls' own opinion our views are not influenced by another media.

Mikasa Ackerman and Levi Ackerman are probably two of the strongest characters in Attack on Titan.

They belong to the Ackerman Clan.

The series has revealed multiple times, especially in season 4, that The Ackerman Clan have secret powers that generally get awakened when their survival instinct kicks in.

After that, they can easily protect the host, i.e., themselves, and kill the titans.

Many fans have a question about the powers of Ackerman Clan, especially after the Attack on Titan Season 4 Episode 28, where Eren discussed the same topic with his half-brother Zeke.

What are the hidden powers of The Ackerman Clan? and From where do the Ackerman get their powers?

The Ackerman Family was one of the families who lived in the world before Paradis Island.

As per the AOT manga, they are called the “By-products of Titan science,” meaning they are genetically mutated and modified human beings with unique abilities, e.g., “Exceptional skills to handle the ODM gears’ and also ‘The Titan Killing abilities.’

As per the manga, the Ackermans were an accidental product of Eldia’s experiments with the subject of Ymir’s. As a result, they got genetically mutated.

Originally the Ackermans were assigned to protect Eldia’s King, and since then, they used to act as the monarchy’s right hand.

In Attack on Titan, The Ackermans are considered to be from the warrior’s bloodline.

When King Fritz obliterated the minds of the subjects of Ymir after the Great Titan War, there were people from two clans who were unaffected by the memory manipulation of the Founding Titan.

The clans were Ackerman Clan and the Asian bloodline clan, now known as the Azumabito family.

The Ackerman Clan was also targeted for the same even though they agreed to King’s orders.

Even to resolve the conflict, the Head of the Ackerman offered his own life so that the rest of the clan could survive.

After this, the rest of the generation of the Ackerman Clan avoided informing their children about their identity as an Ackerman Clan and their secret powers.

Therefore the generation afterwards grew up without the knowledge of their family, which helped in the Royal Family’s purpose.

Meaning the next generation of Ackerman Clan members grew up knowing their history. Like the rest of the Subjects of Ymir’s inside Paradis, they also assumed that they were the last survivors of Humanity as Titans had taken over the world.

But this didn’t continue much longer. Even though the Ackerman Clan agreed to follow King’s orders, they were still being pursued throughout the time, which resulted in some of them taking refuge in the underground city of Paradis.

For example, Levi’s family took refuge in the underground city of Paradis, and the rest sought shelter at the mountain’s edge of the wall like Mikasa’s family.

This hunting of the Ackerman only stopped when Kenny Ackerman met King Uri Reiss, where Uri Reiss apologized to Kenny for the oppression their clan faced and took Kenny as his right-hand man.

When Kenny first came in contact with Uri Reiss, Uri tried to erase Kenny’s memory, but he noticed that he was unable to do so; therefore, with that knowledge, he figured that Kenny must be from Ackerman Clan because the Asian Clan members at the time had already extinct and nobody inside the Paradis was from that clan.

Also, in the Attack on Titan Manga, Kenny’s grandfather, on his death bed, revealed how both the clans faced oppression throughout the century and what they had to do to survive.

After meeting Kenny, Uri took Kenny as his right-hand man at that time. The only surviving members of the Ackerman Clan were Levi, Mikasa, and Kenny.

It is also to note that Kenny was a father figure to Levi, and he was the one who raised Levi and trained him to be an assassin.

So give us your thoughts on what do you think About the Ackerman Clan? We will be back with more such exciting topics. Till then, stay tuned to MediaScrolls. 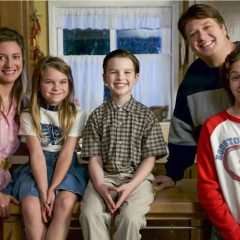 Young Sheldon Season 5 Episode 1 is all set to Premiere on October 7, 2021