who got Historia pregnant in Attack on Titan? Did Eren impregnated Historia? (Image Credit: MAPPA)

This is MediaScrolls's own opinion our views are not influenced by any other media.

After the ending of Attack on Titan Season 4, the fans now have questions related to Historia’s pregnancy. In the last episode of Season 4, Part 2, we saw Historia asking Eren if he thinks she should get pregnant.

Since that scene, the fans speculate on who got Historia pregnant in Attack on Titan? Is it Eren, who impregnated Historia or is there someone else? Because as we remember in season 4, part 1, we saw Historia sitting in a wooden chair, and a young guy with farmers’ cloth told her that she should take some rest to take care of the baby.

In order to conclude who got Historia pregnant in Attack on Titan? we will have to explain the arguments and counter-arguments in both the cases of Eren being the father and Eren not being the father.

This is because there hasn’t been an answer to this question from the creator of AOT, Hajime Isayama as well.

So as per the supporters of the theory that Eren is the birth father of Historia’s child, they believe that Eren had always cared for Historia from the beginning, the reason being Historia and Eren had always been similar to each other for example, they both killed their parents Eren by devouring his father, Grisha to inherit Attack Titan and Founding Titan’s powers and Historia by killing his father Rod Reiss in Season 3.

Also, both of them have older siblings, and their ideologies do not match them. Also another interesting fact was when the higher-ups of Paradis wanted Historia to turn into Titan and devour Zeke to inherit the Beast Titan’s powers, Eren was the only one who stood up to those people and instructed the military not to take that action.

The believer of this theory speculates about Eren being the father of Historia’s child, the first reason being the timeline between Eren’s mission attack on Liberio and Historia’s pregnancy.

Historia got pregnant just before Eren left for rumbling and ten months after he gave birth to the child as per the manga between Eren’s rumbling.

Also, another reason why the fans assume Eren is the father of Historia’s child is because of her knowledge of Eren’s actual plan about the rumbling, as showcased in Attack on Titan Season 4 Episode 28. Apart from Floch, Historia was the only one who knew about Eren’s rumbling even before the Raid on Liberio arc.

Also, Eren even thought of using his Founding Titan’s powers to erase Historia’s memories if she felt burdened being involved in Eren’s plan.

Plus, towards the end of Attack on Titan Season 4 Episode 28, we saw Historia asking Eren whether she should get pregnant. Therefore, some fans speculated that she was one of the closest to Eren; she was asking Eren to impregnate her.

Another reason might be Hajime Isayama’s storytelling. The fans who support this theory suspect that, unlike Grisha Yeager, who fell in love with two girls from the royal blood Diana Fritz and the second was an ordinary girl Carla Yeager.

The fans believe that, like his father, Eren also loved two girls: Historia, of royal blood, and Mikasa Ackerman, who is not of royal blood. And that is why they think Historia’s child of Eren as Grisha and Diana’s son was Zeke.

Is Farmer Kun the father of Historia’s baby?

As revealed by Nile Dawk, commander of the Military Police Brigade, the farmer

was a bully in the manga. In childhood, he used to bully our queen, but later on, when he provided his service in one of the orphanages managed by Historia, they grew close to each other and married later.

Some fans also believe that Historia used this farmer guy as a scapegoat and got pregnant by him so that it could delay the military’s plan to inherit Zeke’s beast titan powers by devouring him to Historia with the help of Titan Serum.

Roeg has revealed the same, one of the high-ranking Military Police Brigade soldiers, revealed this story that the girl born from Historia is a low-bred girl, which means he is hinting that the girl was a farmer’s child. She is only royal by her name.

Who is the real father of Historia’s child?

Plus, as per the ending of Attack on Titan Season 4 Episode 28, it is pretty clear that Eren has feelings for Mikasa, and as per the manga as well, Mikasa is the only girl whom Eren has ever loved. Therefore we can safely conclude that Eren is not the father of Historia’s baby.

We will get more clarity on this in the Attack on Titan Season 4 Part 3, which will arrive in 2023. 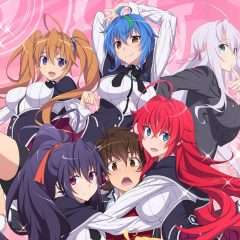