This is MediaScrolls' own opinion and our views are not influenced by any other Media.

Naruto Shippuden has been the most loved anime to date. Every anime fan has watched the show and enjoyed it to the fullest. Even those who do not watch anime know about Naruto, and this is just the tip of the iceberg to describe how awesome and amazing this anime is.

Today we have brought the top 5 strongest jutsu from Otsusuki Clan displayed till now in both Naruto Shippuden and Boruto.

The Otsusuki Clan was introduced in Naruto Shippuden with its member Kaguya Otsusuki, the Mother of all Chakra.

She was the most powerful character in the entire Naruto Shippuden with a ton of super cool abilities. Followed by her sons Hagoromo Otsusuki and Homura Otsusuki, who were almost as powerful as her despite being half-humans.

Here are the strongest Jutsu used by the Otsusuki that have been shown in the series to date. If you think that we have missed some super cool Jutsu, comment down your thoughts below, and we will bring it up.

Isshiki Otsusuki is the strongest antagonist in the entire Naruto verse and Boruto verse to date, and it is not a surprise that he has the strongest abilities too. Isshiki was alone enough to defeat both Naruto and Sasuke without even using half his strength.

Needless to say, Naruto and Sasuke are the strongest characters in the entire anime series, but they were no match against Isshiki Otsusuki.

Sukunahikona/Daikokuten is Isshiki’s special ability that allows him to shrink and enlarge objects at will. He can shrink weapons, tools, objects, and almost everything materialistic to microscopic size.

He can then enlarge them in an instant. This ability is quite dreadful as when he flings his microscopic black chakra rods at his opponents and in an instant enlarges them, it stops the opponent’s movements instantly.

Also, this ability, when combined with his ability to absorb all chakra, makes him almost undefeatable. He can absorb all Ninjutsu based attacks and shrink all materials attacks. His insane Taijutsu skills, along with this ability, make Isshiki Otsusuki the strongest antagonist in the series to date.

Sukunahikona/Daikokuten is the best Jutsu in terms of offence, but when it comes to survival, no jutsu can beat Karma. Karma gives the Otsusuki immortality. As long as the Otsusuki has embedded its Karma into a vessel, it can be brought back to life.

Isshiki implanted Karma on Kawaki so that he could revive Kawaki’s body and take complete control over it. Also, he implanted a Karma on Jigen even though he was an incomplete vessel. This was done to allow Jigen the ability to use Isshiki’s powers.

Momoshiki Otsusuki also planted the Karma on Boruto Uzumaki, as a result of which he will eventually take over Boruto’s body and revive him. Currently, Boruto’s Otsusukification has been 80% complete.

Thank’s to Amado’s medicine, The process has slowed down, and Boruto has some time before his body turns into that of an Otsusuki.

Karma is basically like a memory card consisting of the biological data of Otsusuki and is like a backup file. It expands into the vessel’s body, overwriting its original Biological Code and making it strong enough to hold the power and abilities of its possessor Otsusuki.

This is another unique ability of the Otsusuki. They can create multiple weapons out of chakra and manipulate them according to their will. Kinshiki Otsusuki was a tough opponent even for Sasuke because of this ability.

Kinshiki could create and use multiple weapons as per his will. The weapons are so strong that if wielded at full power, they might even cut through huge mountains.

Even Sasuke had to back out from this fight as he was not strong enough to even defeat Kinshiki, so how could he battle two Otsusuki and that too when he did not know anything about Momoshiki’s powers and abilities.

This tool creation technique gives the Otsusuki an infinite arsenal of powerful weapons and thus is one of the strongest abilities possessed by members of the Otsusuki clan.

Not all Otsusuki can manipulate as many weapons as Kinshiki, but they all have the ability to create multiple weapons and use them devastatingly in battle.

This is a special technique used by Kaguya Otsusuki that can kill anyone who has been touched by this attack. In her fight against team 7 and Obito, Kaguya used this ability on Naruto’s clones and Obito.

Each of their bodies turned to dust, and not even Naruto’s Sun chakra could stop it or heal it.

This technique has a 100% killing ability, and no one can survive this attack unless it is a shadow clone.

Kaguya’s ability was deadly and made her the most powerful character in the entire Naruto Shippuden, surpassing even the Madara Uchiha in his 10 tails Jinchuriki form.

Rinnegan is the most powerful Otsusuki Ability. The only reason it is not ranked NO.1 is that it is not Jutsu but an ability.

Each Rinnegan user obtains a different ability with Rinnegan, but the basic ability to bend and manipulate space and time is common for all.

Till now, many characters have developed Rinnegan, like Sasuke Uchiha, Madara Uchiha, and Hagoromo Otsusuki, but none of their powers matches the abilities possessed by Otsusuki, who has Rinnegan.

All these have developed their Sharingan to become Rinnegan, but Otsusuki either possesses a Rinnegan naturally or manifests it by developing their Byakugan.

Momoshiki Otsusuki, Urashiki Otsusuki, Kaguya Otsusuki have manifested their Rinnegan, which gives them various abilities like teleportation through time and space, the Ability to cast infinite Tsukuyomi, see the chakra flow through enemies and objects, control sage of six paths powers and chakra rods, truth seeker orbs, and many more.

Momoshiki’s Rinnegan gave him the ability to absorb chakra and amplify it by ten folds and use it against his opponents. This was a super-powerful ability that could change the turn of any battle as no Ninjutsu based attack would work on him.

The only way to defeat Momoshiki was by using Taijutsu, and both Naruto and Sasuke had a hard time defeating him but eventually managed it.

Momoshiki’s Rinnegan also gave him the ability to absorb Ninjutsu and use them as his own. He absorbed all of Boruto’s attacks from scientific Ninja Tools and used them against the Leaf Village.

He also absorbed Shikamaru’s shadow paralysis jutsu and used it against the Five Kage and Sasuke during their final battle after Kinshiki’s death.

Momoshiki can also turn absorbed chakra into chakra fruit or chakra pills and use them. He absorbed eight tails chakra and created chakra pills from it to be used in his attack on the Hidden Leaf Village to kidnap Naruto.

He also turned Kinshiki Otsusuki, his partner, into the Chakra fruit and consumed him to gain power when he was almost defeated by Naruto and Sasuke.

Momoshiki might revive through Boruto’s Karma, and with the power of Jougan, he might become the strongest character in the entire Boruto verse.

Urashiki Otsusuki was the trickiest of Otsusuki of all and most difficult to defeat. He planned on travelling to the past and kidnapping Naruto when he was young. He then planned to extract the Nine-Tails Chakra from him easily without a fight.

Thanks to Boruto and Sasuke, his evil plans were foiled. But, they could not have done it alone as Urashiki was too powerful. With help from Lord Jiraiya, the Legendary Sanin of the Lidden Leaf Village and Naruto, they managed to defeat him.

Urashiki’s Rinnegan gave him the ability to slip through different dimensions. He stole Sasuke’s chakra and slipped into another dimension. Also, during his fight with Boruto and Shinki to capture the One Tails, Shukaku used this ability extensively.

Urashiki is the one who extensively used his Rinnegan and gave a tough fight to Sasuke, Master Jiraiya, Boruto, child Naruto, and even the Kages who fought him during the Chunnin exams.

These are the top 5 abilities used by Otsusuki Clan members from Boruto and Naruto Shippuden. If you think we missed anything, let us know in the comments below, and we can bring up a detailed article on the same.

Which Clan from Naruto Shippuden do you think can stand on equal footing with the Otsusuki? And is there a way to defeat the members of the Otsusuki Clan? From where did Isshiki, Kaguya, Momoshiki, Kinshiki, and Urashiki come? Are they really Gods? 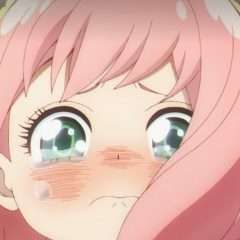