How a realist Hero Rebuilt the Kingdom is one of the best ongoing anime. Its story is unique in itself, and the brilliant ideas of the Summoned Hero, now King Souma, have revolutionized the Kingdom.

The amazing characters make the show hilarious and interesting. It is really fun to watch, and the way Souma executes his plans help us understand more about our society.

This Rom-Com anime is not completely fictional but has a touch of realism as well. Souma’s realist thinking in this world full of magical creatures has transformed the Kingdom’s fate forever.

After being summoned to this world, Souma has solved Kingdom’s various crises through his revolutionary thinking. He made the nation self-sufficient by introducing new food resources and crop policies.

Souma also proved his military genius during the last battle when the neighbouring nation attacked the Kingdom. He successfully defeated the King and protected the Kingdom despite the internal crisis.

Now in the latest episodes, the last king revealed a secret to Souma. The reason why he chose him as his successor and why he offered his daughter to marry him. Let’s go through it in detail by the end.

How a Realist Hero Rebuilt the Kingdom Season 2 Episode 13 Where to Watch Online?

How a Realist Hero Rebuilt the Kingdom Season 2, Episode 13, is available on Funimation, and you can definitely watch it if you are interested in a light rom-com anime.

How a Realist Hero Rebuilt the Kingdom Season 2 Episode 13 was an interesting one. After the surprising reveal of the previous queen’s dark magic and the reason why the king gave Souma his throne, we can expect many more revolutionary ideas.

Souma now has all of his doubts clear and is confident that he is on the right path. He must move forward to bring out the best for the people of this Kingdom. Even the Queen of the Empire is impressed by Souma and his realistic thinking.

In the latest episode, Souma was finally invited by the previous king and queen to have a talk with him. There Souma asked the king three questions.

First, “When you summoned me to this world, you gave up your throne on the spot. And you were kind enough to offer me Liscia as my fiance”.

Second, Georg’s devotion to me even when we have never met before. He was ready to sacrifice his life and reputation for Souma’s sake to rule out all the corrupt officials.

Third, Why has the previous king not met Souma to date even after his repeated petitions?

The king answered all these by telling him a story that he had lived through his memories. In King’s memory, Souma was summoned to the Kingdom as a hero. After hearing Souma’s resolve, the king made Souma, his prime minister.

Souma solved most of the problems of the Kingdom, but this resulted in all of the nobles turning against him. Souma’s revolutionary ideas helped the Kingdom, but all the corrupt nobles lost their authority.

As a result, Souma was dismissed from his position as prime minister and had to join Georg Caramine in his state. Georg accepted Souma and his ideas. He also met Liscia there, and they fell in love.

Liscia also asked her parents to reconsider their decision, but the king was very weak and did not want to go against the corrupt nobles. In the end, the Kingdom was attacked by a neighbouring nation.

Georg Carmine was the first to fall. Even after his excellent leadership and resolve, he could not win against the enemy without the Kingdom’s aid. Soon after that, the capital was attacked, and the Kingdom was burnt to ashes.

Everyone, including Souma, Liscia, Georg Carmine, and Excel Walter, was burned to ashes. The King and Queen also died in the attack on the capital.

The Queen had dark magic, which allowed her to travel to her past self and transfer the memories of all that had taken place. So she also transferred the memories to King’s past self when Souma was summoned to the Kingdom.

Because of those memories, the King thought that it was better if he gave up the throne to Souma. Later on, King also secretly informed Georg Caramine of all this, and he supported him.

Thus Georg planned a coup to sieve out the corrupt nobles who would bring destruction to the Kingdom. He was ready to sacrifice his own life in the process as well.

This cleared all of Souma’s doubts. He assured the King that he would take care of the Kingdom to the best of his abilities. He also added that he would have never allowed himself and Liscia to die and, therefore, must have escaped in time before the attack.

The King is glad to know about this. He also adds that he and the queen would leave the palace and move to a secret place to live the rest of their lives peacefully. This is to ensure that Souma has complete authority and that no one defies him by reaching out or using the previous king.

Later on in his palace, Souma thinks about all the things that have happened so far. Liscia joins him, and they enjoy a fireworks display signifying the start of a new year. Souma also confesses his love to Liscia, the wife he loves the most.

On the following new day of the year, Souma summons all of his most trusted officials and his wives and, as a resolution, asks them for their constant support to help the Kingdom reach new heights.

After this surprising and lovely end to this episode, it is hard to wait for the release of the next episode. What will happen next is a difficult thing to guess as Souma is capable of revolutionizing the entire human and animal race living in this world.

Let us know what do you think about this anime in the comments below. Do you like Souma and his realistic ideas in this magical world? 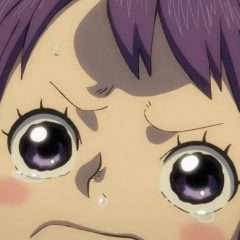