Attack on Titan Season 4 Episode 28 ‘The Dawn of Humanity’ has got released today. In this episode, we saw Mikasa recalling the moments spent with Eren and how things changed suddenly.

In the following episode, we saw the previous events. Eren recalled the moments like how he planned the attack on Liberio, then pretended to be part of his brother Zeke in the Euthanasia plan and shared his true intention with Floch and Historia.

We also saw Eren questioning himself and his brother Zeke on why Mikasa Ackerman has so much affection for him. Eren, later on, learns that Mikasa’s affection towards him has nothing to do with her powers. She loves Eren.

Attack on Titan Season 4 Episode 28: What Made Eren go on this path to exterminate the world?

In this episode, Eren recalls the moments before the Liberio attack and what changed his mind to go on this current path.

We also saw how the Marleyans used to see Eldians and the subject of Ymir; the Survey Corp members and Eren had a reality check here that the outside world hates them. But somehow, they manage to keep their cover.

Later on Azumabito’s mansion, she explained it is true that after the blood testing technology has improved, it is now being used to identify the Subjects of Ymir who had left the interment.

This has become an issue; Azumabito also revealed that having Subjects of Ymir’s in one bloodline was previously considered proof of one’s nobility. After Eldian Empire crumbled, people were now being forced into exile. And That is what the Eldians outside the world are facing.

The same we saw with the kid whom Levi and the Survey corp saved. He was also in trouble. If not for Levi, Sasha and Hange had intervened, he could have died.

Azumabito also said Paradis’ plan to advocate harmony is quite difficult with current scenarios. Armin replies that if they now abandon the path of peace, they have no other option but to go with Zeke’s conspiracy, and their fates will depend on his hand.

During that time, the group also attended an international conference of an Association to Protect All Subjects of Ymir. Hange suggested that if the association’s value seems to be aligned with their views, they will go to the association telling them that Paradis seeks peace.

But we saw the same didn’t happen as at the conference; the association targeted the people of Paradis and pointed them out as monsters and a threat to humanity.

This was the last time we saw Eren with Mikasa and the Survey Corp members together. After this, he went complete rouge with his plan.

Mikasa also recalled the same the last time she saw the happy and innocent Eren was at the conference. After that, when she met Eren on Liberio, she saw that Eren had wholly changed.

In the following episode, we also saw Eren meeting with Yelena, where Yelena told him about Zeke’s Euthanasia plan. Still, later on, we also saw his discussion with Floch, where he said Floch to act like Eren.

He and all the Yeagerists on Eren’s side are onboarded with Zeke’s plan. Still, in reality, he revealed his actual plan to Floch to destroy the rest of the world outside Paradis to end this cycle of hatred.

Eren also visited Historia and told her the Military was coming to turn her into a titan and feed her Zeke so that she could possess the power of Beast Titan. Historia said she was well aware of that, but she didn’t see the point of fighting as Eren suggested.

Eren also revealed his actual plan to Historia at that time. Historia opposed Eren’s plans and told him that it is not right to kill thousands of people who are not even aware of the reason for the fight. Then their fate would be similar to Eren’s mother.

Historia said she would not be able to live with herself knowing Eren did something like that, and she didn’t try her best to stop him.

Eren replies that if she feels that that is too much for her to bear, he will use the Founding’s powers to manipulate her memories to make her forget about her part in the mission. In that way should not feel guilty.

Historia still urges Eren to stop not doing this. Then, she won’t be able to keep quiet about that.

Eren replies, “You can; you are the only one who saved me back then. You are the baddest girl in the world.”

Historia was shocked and, at the same time, deeply hurt while hearing this.

Then we see Eren remembering his discussion on the headaches of the Ackerman Clan, a disease unique to the Ackerman clan which gets triggered and that time that behaviour tries to protect a host, Eren suspects that Mikasa’s affection towards him and she is overprotective of him has something to do with this disease to that Zeke says he didn’t hear anything about such conditions from the Titan researcher Mr Ksaver and Mikasa’s affection towards Eren might because she loves him.

Zeke asked what he intended to tell Mikasa. Eren replied that there was no point now as he would only live for four years.

Towards the end of Attack on Titan Season 4 Episode 28, we saw in current time Eren and the Wall Titans are approaching from the sea towards Port Arcifa of Odiha.

The Global Allied Fleet tried to fire cannons at the wall titans, but that could only kill a few. The rest of the Wall Titans marched head-on and destroyed the fleet quickly with their scorching heat.

The cannons, artillery, and barrages were not enough to stop Eren Yeager and his rumbling on the land. The Wall Titans and the Founder destroyed Odiha, and now they march head on towards Marley.

While marching ahead, Eren recalls the death of his mother and his promise to exterminate the enemies until he reaches his goal. Episode 28 ends here. 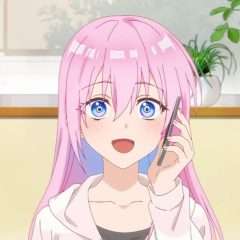