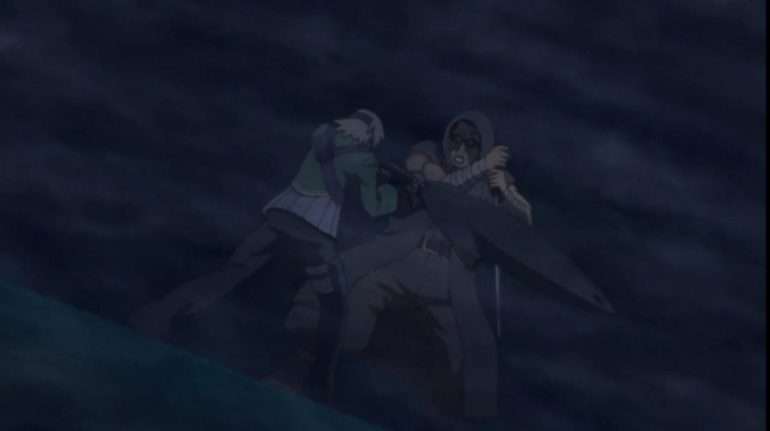 Boruto: Naruto Next Generations Episode 242 was an exciting episode with an epic fight. Boruto and Kagura teamed up and fought Seirin Funato, Ikada’s older sister who had attacked Boruto.

The Funato Clan showed a variety of powerful Jutsu’s and attacks. Seirin was exceptionally skilled and a formidable opponent even for Kagura and Boruto. Her abilities allow her to instantly kill any of her enemies, even if they are hiding.

But, Boruto and Kagura managed to stop her and even landed a fatal blow. Kagura is slightly injured, but he will manage to survive.

But, in Boruto: Naruto Next Generations Episode 243, things may go south for Boruto and Ikada. Ikada might join the Funato to avenge her sister. Seirin will not die, but she is still unconscious, and Ikada is furious.

Will Ikada join the Funato? Will he fight Boruto? Or will Boruto be able to stop Ikada from going on the wrong path? What do you think? Let us know in the comments below.

So let’s dig in and see what we can expect from Boruto: Naruto Next Generations Episode 243 and a detailed recap of the latest episode.

Boruto: Naruto Next Generations Episode 243 Release Date and Where to Watch Online?

Boruto: Naruto Next Generations Episode 243 is titled “Where I Belong” and is scheduled to release on Sunday, the 3rd of April 2022.

Boruto: Naruto Next Generations Episode 243 Spoilers and What to Expect?

Boruto: Naruto Next Generations Episode 243 will be interesting. Ikada might join the Funato Clan in their war against the Hidden Mist Village.

After watching his sister in such a bad health condition, Ikada is furious. Among all his siblings, Ikada was only attached to his sister, who supported her always.

Because of her, Ikada was able to come to the island of shipbuilders.

Ikada might blame himself for his sister’s condition as if he had left with her the other day; then, she would not have got injured. He might return to the Funato Clan Where he Belongs.

Also, Ikada is informed that Kagura and Boruto are responsible for his sister’s condition. Seirin suffered a deep wound across her shoulder and chest by Kagura’s blade. She is currently out of danger but is still unconscious, and no one knows when she will gain consciousness.

Ikada might now return to the Funato clan and join them in the war. Meanwhile, Boruto might come across Ikada’s diary where he wrote everything about his life and learnings. He might stumble upon the fact that Ikada is Araumi’s son and a member of the Funato Clan.

Will Boruto try and save his friend from joining the Funato? Or will Ikada join the Funato Clan and go against the Hidden Mist Village in War? Will Boruto fight Ikada? Will Ikada use his powers of the Seadragon to fight Boruto?

There are so many questions that will be answered in Boruto: Naruto Next Generations Episode 243 coming this Sunday. Let us know what you think might happen next in the comments below.

Boruto: Naruto Next Generations Episode 242 begins with Mizukage of the Hidden Mist Village, Chojuro facing the Funato Clan in the open sea. Araumi Funato’s sons were on the deck of their ship while Mizukage had surrounded them with their boats.

Meanwhile, Kagura is ordered to join the battle along with Shinobi present on the Island of Shipbuilders. They are preparing to depart, but a thick dark fog is covering the sea and the complete island.

Seirin Funato, Ikada’s sister, performed a jutsu to create thick dark fog all over the island. This fog blocked vision and engulfed the complete island in it. Her right-hand man, Funamushi, one of the strongest warriors in Funato Clan, used a summoning jutsu to summon thousands of leeches that spread across the island.

These leeches attached themselves to the necks of anyone they came in contact with and thus controlled their bodies, and thus the person attacked anyone they saw.

The leeches attached to various shinobis, and they attacked their comrades under its control. Also, Leeches attached themselves even to Kawaki and Buntan’s necks. They, too, lost their control, but fortunately, not much damage was done as Sarada, Mitsuki, and Kyoho helped them out.

Members of the Funato Clan also attacked Boss’s dock to light fire on Boruto’s ship and destroyed it, but fortunately, Iwabe and Denki reached there in time and using Iwabe’s Earth-style mud wall, they blocked the attacks.

Kagura fought him and managed to stop him. He also got to know that Seirin was after Boruto and ran off to help him. Funamushi displayed the use of many cool Jutsu like Water Style: Imminent Wall and Water Style: Water Wall Jutsu.

Meanwhile, Seirin attacked Boruto. Boruto was cautious because the Dark Fog suddenly engulfed the island and had his shadow clones tail him. This proved to be very helpful as he was able to fool Seirin using it and avoided her attack.

Later on, Seirin chased Boruto attacking with a special weapon. She shot arrows made of chakra from a weapon with multiple strings on it. The strings allowed her to control the direction of arrows even after being released from the bow and hit the target even if it is not in sight.

To add more, Seirin uses a technique known as echolocation like dolphins and bats using which she can detect an enemy by just using sound waves emitted by her bow.

Due to this, she can easily sense and locate her enemy, and her special ability allows her to eliminate the target from a long distance.

Seirin’s attack was able to cur Boruto in the shoulder and paralyze his left arm as it disrupted the flow of chakra in it. As he was about to be hit by another attack in the back, Kagura arrived at the scene and blocked her attack with his Ninja Blade, The Twin Sword, Hiramekarei.

He helped Boruto, and they together escaped from her region of attacks. Kagura explained that Seirin is a long-range fighter and uses her ability. She can attack them any time, so they must reach close to her.

But, Seirin had already located them and shot an arrow. Kagura brought up his sword to block the attack, but Seirin changed its course, and it cut through Kagura’s shoulder, paralyzing his body.

Boruto attacked in and rescued injured Kagura. He explained that since Seirin uses sound to locate them whenever thunder strikes due to the sound of lightning, her ability to locate accurately reduces.

They thus formulate a plan to get in close range to attack Seirin. Kagura acts as bait, and Boruto attacks her as soon as she shoots her arrow, which Kagura blocks. Eventually, she targets Boruto, who came very close to her and taking advantage of this, Kagura attacks her.

Kagura uses his sword and cuts her through the chest, landing a fatal blow. She immediately falls to the ground. Just at that moment, Funamushi arrives there. He uses his Water Style: Water Wall Jutsu to block Kagura and Boruto and escapes with unconscious Seirin.

Kagura and Boruto join with the others to assess the situation. Soon enough, they formulate a plan to ensure everyone’s safety and find information on their enemy.

After watching all these amazing battles in Boruto: Naruto Next Generations Episode 242, I am sure that you would enjoy them, especially Seirin’s ability.

Watch the episode and let us know what you liked the most in the comments below.

We will be back the next Sunday with a complete recap of Boruto: Naruto Next Generations Episode 243, so do not miss it!