Han and Chae’s married life is under so much stress that Chae needs to live separately for a few days to think it all over.

Assistant director Myung is so overworked and exhausted looking after the kids and running the household with her lone income that she advises Ha Kyung never to marry. Senior forecaster Um’s wife doesn’t want him connecting with his daughter.

Ha Kyung has firmly told her mother that she would never marry. Ha Kyung and Lee, too, seem to be growing apart, with Ha Kyung selecting Lee, of all team members, to be deputed to the Jeju island typhoon centre.

The soaring temperatures contribute to the fact that the characters are all at their wit’s end and can only hope that refreshing showers of rain will calm their body and soul.

Read on to know more about Forecasting Love and Weather Season 1 Episode 11, along with a recap of the previous episode.

When Will Forecasting Love and Weather Season 1 Episode 11 Be Released and Where To Watch It?

Forecasting Love and Weather Season 1 Episode 11 is going to arrive on Netflix as well as the Korean streaming platform JTBC on March 12, 2022.

What To Expect from Forecasting Love and Weather Season 1 Episode 11?

In Forecasting Love and Weather Season 1 Episode 11, we are going to find if the bickering couples are able to salvage their relationships or not.

Chae has left her apartment saying that she needs some space, and Han has also warned that it could mean an end to their relationship if she leaves.

Ha Kyung has selected Lee to be deputed to the typhoon centre. Lee, taking the cue that Ha Kyung needs to be alone for some time to think it all over, volunteers that he wishes to go there in Forecasting Love and Weather Season 1 Episode 11.

However, Forecasting Love and Weather Season 1 Episode 11 has a shocking surprise in store for all of us. A nasty accident is likely to happen at the typhoon centre, injuring senior forecaster Um’s daughter Bo-mi and Lee as well.

Um’s wife didn’t want Bo-mi to go to KMA for her field trip, so she must have gone to the typhoon centre instead. We will witness the repercussions of this accident in Forecasting Love and Weather Season 1 Episode 11.

A Recap of Forecasting Love and Weather Season 1 Episode 10

At the beginning of Forecasting Love and Weather Season 1 Episode 10, we find Ha Kyung’s mom coming to visit her daughter. With her in the lift are Lee and Shin. Lee is jokingly telling Shin that any girl would be lucky to marry him, as he has got such a decent job and house.

From the look on Ha Kyung’s mom’s face, we can tell that she is already looking at Shin as her prospective son in law.

Um and Lee makes her sit on the couch with Um trying to explain to her that they are here for a brief time so that they can hold the emergency meetings in this Summer disaster prevention period. At the same time, Lee sends a message Ha Kyung to come home immediately.

Even in her shocked condition, Ha Kyung’s mom doesn’t forget to enquire about assistant director Shin’s marital status and age.

Um jokingly comments that Shin is the perfect husband material, to which a visibly upset Lee quips that Shin is not as young as he looks. He is seven years older than Ha Kyung.

Ha Kyung arrives and sees her mom off in a taxi. We find that both Ha Kyung and Lee are upset about what Han and Chae have told them about each other’s views on the institution of marriage.

They also discuss this when Lee says that he thinks marriage is a burden because of his past traumatic experiences. Ha Kyung wonders aloud what their relationship is going to end up into, if not marriage.

She also says that they don’t share the same future and sees them going different ways. She even says that she finds herself falling out of love.

Elsewhere, Han’s mom calls him praising profusely Chae’s gift, which is when Han realises that Chae had done the shopping, not for herself but her mom. He apologises to Chae and also thanks her for being so caring.

Later, we find the weather forecaster on the television announcing that it was scorching and the first tropical night of the season. Ha Kyung’s mom is seen buying radishes to prepare kimchi for his prospective son in law Shin, and even tells her plan to Jin.

At the workplace, we find that assistant director Myung is highly sleepy and exhausted, the effects of the sweltering heat and the financial burden already showing on her. They are having a meeting at the KMA about the extreme weather condition and the media’s role in highlighting the same.

After the meeting, Ha Kyung tells Han that she wants to talk to him. She asks him about his married life. Han answers this by saying that married life is not a bed of roses; there are many things to be taken care of that we were unaware of before, and we also get to know and accept each other’s flaws.

Chae finds that Heo Ju-yeong, a senior writer from her newspaper, is snooping around the KMA headquarters for a scoop. Her chief editor also calls her to keep an eye on his actions.

Chae invites him to the cafe, where she politely and firmly asks him to leave the premises. Heo says he will leave but doesn’t and keeps snooping around.

It so happens that Heo does get his scoop with assistant director Myung, in her state of exhaustion, committing an error in filing the temperature of a particular place. The error was located and rectified within five minutes but not before Heo grabbed this opportunity.

Heo publishes an article on KMA uploading wrong information, calling it erroneous and a liar.

Ha Kyung hadn’t previously reported this matter as she sympathies with assistant director Myung, but now she is being reprimanded by her boss for not taking action earlier. Myung later advises Ha Kyung never to get married.

The irony of it all is that Ha Kyung, who believes in the institution of marriage, is being told by Myung not to get married ever, while Lee, who doesn’t believe in marriages, is being said by senior forecaster Um, another married man, that getting married and having a family is good.

It so happens that Um’s daughter was at the KMA headquarters for her field trip, and he got a chance to connect with her which makes him so happy and optimistic at present.

Bo-mi later confronts her mom to keep her emotions bottled up and never ever confide in her. Um’s wife messages him to stop by and asks him not to let Bo-mi comes to the KMA headquarters.

Elsewhere, Ha Kyung’s mom and sister are at her building to deliver the side dishes. Ha Kyung’s mom sends Jin to Shin’s apartment to give him the kimchi.

Jin is awed with Shin’s collection of books and is pleasantly surprised to find her book amongst them. Shin tells her that he is an animal lover and found her book on crocodiles to be quite interesting, and before they know it, they are in a conversation.

Ha Kyung’s mom, who is at her apartment, wonders aloud what is taking Jin so long. When Ha Kyung asks about it, her mom confesses that she plans to make Shin her son in law. In front of Lee, a furious Ha Kyung announces that she will never get married.

Ha Kyung’s boss has told her to select someone from her team to go to the Jeju island typhoon centre for two months to cover the typhoon season. Ha Kyung decides that she will send Lee for this and tells him.

Elsewhere, we find Han confronting Chae about Heo’s article as he saw them together at the cafe and concluded that she had something to do with the article.

He doesn’t believe when Chae says that she hasn’t done anything. Later, Chae packs her bags and leaves, saying that they need to stay apart for some time to be able to gather their feelings. 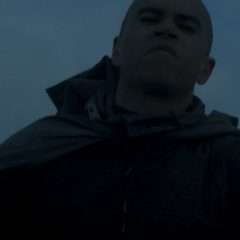