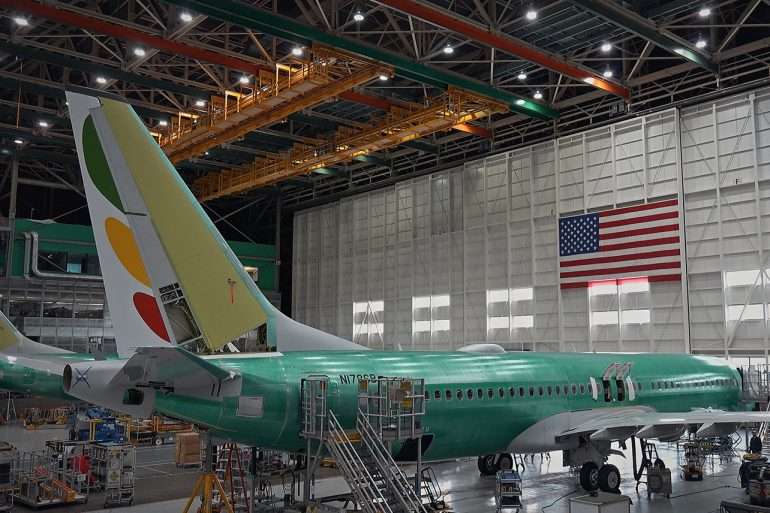 Downfall: The Case Against Boeing Ending Explained and Review: A Documentary On Corporate Ethics; or The Lack of it

Downfall: The Case Against Boeing is about the moral downfall of the corporate giant Boeing from being an epitome of safety and integrity to becoming a profit-driven organisation more concerned with their stock prices than passenger safety.

The documentary begins with the glorious history of Boeing when, decades ago, spread across 150 countries, the name Boeing was synonymous with safety and ingenuity, so much so that it was said that “If it ain’t Boeing, I ain’t going “.

Downfall: The Case Against Boeing Ending Explained and Review

Andy Pasztor from Wall Street Journal tries to investigate the crash of Lion Air 610, which flew from Jakarta on October 29, 2018, killing all 189 passengers and crew members.

Downfall: The Case Against Boeing then relates the crash of Indonesian Lion Air 610, which killed all the passengers and the crew members of the aircraft.

Garima Sethi, wife of Captain Bhavye Suneja, the pilot of the ill-fated aircraft, recounts, in a composed manner, her experience of the night when her worst fears came true. To add to her injury, the blame game that followed brought out racist comments that had no logic to them.

It was claimed that an American pilot could have averted the crash when Captain Suneja was trained in the United States of America itself.

Soon after, the aircraft’s black box is recovered, which contains the cockpit voice recorder and the flight data recorder.

It is established that the crash was caused by erroneous MCAS activation. The pilots of the Boeing Max aircraft were never told of this system, because of which the pilots accused Boeing of withholding crucial information.

MCAS or Manoeuvring Characteristics Augmentation System was created to help stabilise the aircraft in certain conditions.

However, because of the costs involved in training the pilots in this new system, Boeing simply refrained from telling the airlines which bought Boeing’s aircraft that a new system had been installed in their aircraft, which requires two weeks of training for its pilots.

Before long, the CEO of Mc Donnel Douglas became the CEO of Boeing, and the whole work culture of Boeing changed drastically.

Boeing got listed on Wall Street, hundreds of workers were laid off, the headquarters shifted from Seattle to Chicago, and profitability started gaining over safety and quality concerns. Those who tried to raise a voice lost their jobs.

Then Boeing had to suffer competition from its European competitors. The French Airbus launched fuel-efficient aircraft, which caused the depletion in demand for Boeing aircraft.

To counter the competition, Boeing needed to build fuel-efficient aircraft, and that too, in very little time.

So compromising on quality and safety, they fitted fuel-efficient engines in the existing aircraft and launched the 737 Max without revealing its certification and training impacts to the buyers.

In March 2019, within five months of the Lion Aircraft crash, an Ethiopian Airlines aircraft crashed, killing all 157 passengers and crew members. It brought back the pain and sense of loss.

China was the first country to ground 737 Max aircraft, and other countries too followed suit.

When the black box of the aircraft pointed again at the same system, the MCAS, as the cause of the crash, the President of the United States of America himself announced the plane’s grounding.

The family members of the crash victims were horrified at the indifference of Boeing, for which it was business as usual, pretending as if nothing had happened. Several communication papers were released in which officials continued using the acronym MCAS, concealing its very existence.

In fact, when Lion airlines had asked one year earlier if any additional pilot training would be needed, Boeing had replied that there was no need.

Dennis Muilenburg, President and CEO of Boeing, resigned from his office with a hefty pension of $62 million. Boeing paid $2.5 billion in fines and compensation and avoided criminal prosecution.

In November 2020, FAA allowed 737 Max to fly again with revised MCAS, which Boeing claims is safe.

The question, however, remains that how much is a human life important in the greedy corporate culture.