Demon Slayer Season 3 had all of us extremely excited about it. Demon Slayer: Kimetsu No Yaiba is one of the most-watched anime of all time.

It has the best animation to date, and amazing battle scenes and tragic story of Tanjiro Kamado and his demon sister Nezuko will bind you to watch the anime over and over again.

Sound Hashira, Tengen Uzui gave his all in this fight and after a flamboyant fight and working with Tanjiro, Inosuke, Zenitsu, and Nezuko, they defeated Gyutaro and Daki.

We have covered the complete Entertainment District Arc before, and you can definitely check it out to know more about the same.

But, for now, the more important question is, What will happen in the Next Arc of Demon Slayer: Kimetsu No Yaiba? Which Hashira will we see in action next, and which are the demons involved?

Demon Slayer Swordsmith Village Arc will cover the Third Season of Demon Slayer: Kimetsu No Yaiba Anime Series and can be expected to be released sometime in the latter half of the year 2023.

The official dates for Season 3 have not been released officially but don’t worry, as we will bring you the news as soon as the official announcement is made. But it has been officially renewed for a third season by Ufotable.

Here is a complete recap of what happened in the series to date. Watch the series if you have not watched it till now.

What happened in Demon Slayer: Kimetsu No Yaiba Season 1 and Season 2 till now?

Season 1 begins with Tanjiro’s journey as a demon slayer to find a cure to turn his demon sister back into a human. The tragic death of his family and the hardships faced by this young boy can make anyone cry.

He also meets Demon King Kibutsuji Muzan and knows more about strong demons, the Twelve Demon Moons of the Demon King. On meeting another demon, he believes that he could find a cure for his sister.

And thus begins his journey to fight and defeat the strongest demons and get their blood samples. He encountered various life-threatening situations and narrowly escaped death. He also made new friends, Inosuke Hashiraba and Zenitsu Agatsume.

After suffering serious injuries in this battle, Tanjiro and his friends are taken care of by Shinobu Kocho, the Insect Hashira. They learn more about the Hashiras and train hard to become stronger.

Tanjiro also unlocked the Legendary Sun Breathing Technique, the Hinokami Kagura. It is the strongest and the first breathing technique to have been ever developed. All techniques have been derived from Sun Breathing itself.

This was the most epic season to date as Tanjiro unleashed his Demon Slayer mark for the first time and Nezuko too transformed and developed new powers.

The tragic death of the Flame Hashira in season 2 and the amazing battle of Sound Hashira and the trio against the Upper Demon Moon Six makes this Season the best season so far. The episodes bring chills to the spine, and if you have not watched this, then you are definitely NOT an anime fan.

You can see more about the Demon Slayer Season 2 in the previous articles. But, for now, What do you think we can expect from the upcoming season 3 of Demon Slayer: Kimetsu No Yaiba. Let’s find out.

Demon Slayer: Kimetsu No Yaiba Season 3, The Swordsmith Village Arc Spoilers and What to Expect?

Demon Slayer Season 3 will cover the Swordsmith Village Arc. Here is everything you need to know and some spoilers, but do not worry, we won’t spoil much of your fun.

Who are the Hashira we will meet in the Demon Slayer Season 3: Swordsmith Village Arc?

We will also get to see Genya Shinazugawa in action for the first time. After passing the Final Selection along with Tanjiro and the others, it appears that he had trained intensely under the Hashira’s, which is eminent by the change in his build and strength.

His Breathing Technique and fight style will be interesting to watch but what’s more interesting are the Hashiras. The epic battles between the Hashiras and the Upper Demon Moons will make this arc even better than the Entertainment District Arc.

Which Upper Demon Moons would be involved in the Swordsmith Village Arc?

The Mist Hashira, Muichiro Tokito, will battle the Upper Demon Five, Gyokko alone and protect the civilians of the Swordsmith Village.

The battle against these super-strong demons won’t be easy and not to mention the fact that these demons have some of the most dangerous blood demon arts. These fights will be epic, and do not miss them.

If you wish to know more about these Hashiras and Upper Demon Moons, check out the previous articles of the most powerful Upper Demon Moons and the strongest Hashiras from Demon Slayer: Kimetsu No Yaiba. This is not even the ten percent of what we will get to see in the Swordsmith Village Arc.

Here are some of the most amazing spoilers from the Demon Slayer Season 3, so if you don’t want to know about them, you can definitely skip this section and jump to the Demon Slayer Entertainment Arc Ending.

What to expect from Demon Slayer Season 3: Swordsmith Village Arc?

Here are some spoilers from the Demon Slayer Swordsmith Village Arc, which will break the internet soon. So without wasting any more time, let’s begin!

During the fearsome battle against the Upper Demon Moons, the Love Hashira, Mitsuri Kanroji and the Mist Hashira, Muichiro Tokito will unlock their Demon Slayer Marks.

These are the marks that can be unlocked only by the most skilled demon slayers who have trained their souls and bodies to the greatest extent humanly possible.

With this mark, their strengths would increase exponentially, but there is no free lunch. What these Demon Slayer Marks would reveal and how these deadly battles would end is beyond our imagination. So let us know what you think would happen in Swordsmith Village Arc? Let us know in the comments below.

Another Spoiler that will drive you crazy is, Nezuko will become the first demon to become immune to the Sun. During the Swordsmith Village Arc, Nezuko would develop her powers and turn out to be the only demon that can withstand the Sun.

All the demons burn away as soon as they come in contact with sunlight. Not even the Demon King, Kibutsuji Muzan, can avoid it.

But, Nezuko will become the first demon to conquer the Sun. Even Muzan cannot withstand the effects of Sunlight, but Nezuko would defeat the Sun.

Demon King Muzan has tried to find a way to defeat the Sun for centuries. But he was unsuccessful, and his every attempt to find a cure ended in failure. With Nezuko’s immunity against the Sun, she can become the most powerful demon to ever exist.

This will play a major role in how the events unfold in future. So let’s not spill all the beans here itself, and we will cover more about Nezuko’s new ability some other time.

On the other side, Tanjiro, who came to the Swordsmith Village to repair his sword, would find a way to train and thereby improve his skills and battle abilities. The training won’t be easy, but he must train hard to become stronger.

Tanjiro would receive a lot of help from someone in the swordsmith village and learn to wield his sword better and therefore master the Sun Breathing, Hinokami Kagura. Tanjiro would also discover a legendary 300 years old sword.

Haganezuka would take care of this rusty old sword and make it new. Since Tanjiro had discovered it, it will be his new sword. What powers this sword might hold is still a mystery.

Could it be the sword of the first user of Sun Breathing Technique who almost killed the Demon King Kibutsuji Muzan?

Well, it would be interesting to see how the events unfold, so let’s wait patiently for Demon Slayer Season 3, the Swordsmith Village Arc. Let us know in the comments below what you expect from this Season?

The battles between the Upper Demon Moons and the Hashiras will be undoubtedly epic. The introduction of two Hashiras, two Upper Demon Moons, Tanjiro’s new sword, Nezuko’s new abilities, and Genya Shinazugawa’s powers will make this the best arc among all the anime to date. 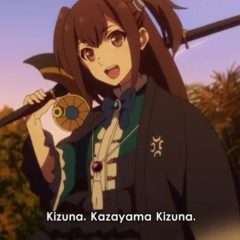