How did Kurama die in Boruto: Naruto Next Generations?

Mediascrolls has covered the anime from the released episodes and Manga. All of the information is our views on the series and not influenced by any other Media!

Kurama, the nine-tailed beast, dies in Boruto: Naruto Next Generations, but how is it possible? Tailed beasts are the strongest creatures to ever exist, but Kurama, the tailed beast inside Naruto Uzumaki, is dead!

So how did Kurama die in Boruto? Will Kurama come back to life again? Can Naruto revive Kurama and bring him back to life? What happens to a tailed beast after death? Let’s find out all the answers below and read out till the end to find out more about Kurama’s death.

How did Kurama die in Boruto?

Kurama, the nine-tailed beast, sacrificed himself to defeat Isshiki Otsusuki in battle. During the battle against Isshiki, Otsusuki, Naruto and Sasuke were ruthlessly crushed and stood no chance against Isshiki as he was too powerful.

Kurama convinced Naruto to unleash the final form, the Baryon Mode. He lied to him and told him that both of them would die, but the fact is, the only sacrifice for Baryon Mode is the death of Tailed Beast as they utilize all of their chakras.

A tailed beast is no ordinary creature. They have huge amounts of chakra and can assimilate more of it. Tailed beasts do not die of age and can live up to thousands of generations but die when they use up more chakra than the quantity they can assimilate.

When tailed beasts use up the last ounce of their chakra, they can no longer absorb or store more of it and, as a result, die. In the battle against Isshiki Otsusuki, Kurama used up all of his life force to unleash the Baryon Mode.

Baryon Mode Naruto was strong enough to defeat Isshiki Otsusuki, the strongest character in the entire Boruto verse to date. Kurama’s death was not in vain and saved millions of lives, including that of Boruto, Naruto, Sasuke, and the entire shinobi race.

How did Kurama die in Naruto?

One question is floating in the minds of Naruto fans, Can Kurama be revived? Did Kurama die in Naruto? Is there a way to revive a tailed beast? We have two interesting theories from which Kurama might revive. If you are interested to know, let’s find out.

Know more about How Kurama died in Boruto here!

We all know that Tailed beasts were born from the Ten-Tails. Hagoromo, the son of Kaguya Otsusuki, defeated Kaguya and split the Ten-Tails into nine beasts. Tailed beasts are just huge amounts of condensed chakra and therefore have almost unlimited chakra in comparison to normal human beings.

After the third great Ninja War, Obito [then known as Madara Uchiha] attacked the hidden leaf village by controlling the Nine-Tailed Beast using a powerful Genjutsu. Minato Namikaze, the Fourth Hokage and Boruto’s grandfather stopped the attack at the cost of his own life.

Minato used it to split Kurama, the nine-tailed beast and absorbed half of his chakra. After Minato’s death, half of Kurama’s chakra was lost forever as it could not be retrieved again. So in a way, Kurama almost died.

Has any Tailed Beast died before Kurama?

Yes, Isobu, the three-tailed beast, had died in the past and was revived. During the third great Ninja War, Isobu was captured by the hidden rain village and sealed inside the body of a shinobi, making him a Jinchuriki.

The Jinchuriki soon died during the battle but had the tailed beast sealed inside him during its death. Yes, we are talking about Rin. Naruto fans already know about it but if you still want to know more about it, let us know in the comments below.

Since the tailed beast was sealed inside its Jinchuriki at the time of death, it died along with it. But later on, we find that Isobu, the three-tailed beast, was revived after a few years.

The only conclusion that comes out is, Tail beasts are basically masses of chakra and, therefore, might be revived after some period of time.

Will Kurama come back to life in Boruto?

Kurama cannot be revived in the same way as Isobu, the three tails? The reason is the fact that Kurama used all of his life energy to utilize Baryon Mode, and therefore he cannot return. But, there might still be a way to revive Kurama.

Since all tailed beasts were formed from the Ten-Tails, there is a slight chance that Naruto could revive Kurama again using the ten tails brought by Isshiki Otsusuki.

Naruto still has the sage of six paths powers and might have stored some of Kurama’s chakra in his body. If he manages to get control of the Ten-Tails, he might be able to separate chakra from it and revive Kurama.

This is just a theory, but if it comes true, Kurama could be revived. But, the ten tails is in another dimension and being guarded by Code, the last active member of Kara. Without Sasuke’s Rinnegan, they cannot find the Ten-Tails.

Also, without Naruto and Sasuke’s powers, they do not stand any chance at defeating Code or controlling the Ten-Tails. But if they manage to separate the Ten-Tails chakra into tailed beasts, like Haguromo, the father of all Shinobi, they might be able to revive Kurama.

Let us know what you think about this in the comments below. Can Kurama be revived? Or is Kurama dead and could never return? 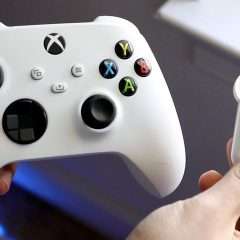