Does Sasuke Uchiha Die in Boruto? (Via Crunchyroll)

Does Sasuke Die in Boruto? and What are Sasuke’s Powers?

Mediascrolls has covered the anime from the released episodes and Manga. All of the information is our views on what we expect from the next episode and have not not influenced by any other media! It is for entertainment purposes only, and some more twists can be expected in the upcoming episodes.

Boruto: Naruto Next Generations is one of the most loved anime and is coming as the continuation of the previous series Naruto and Naruto Shippuden. It is the most-watched anime for now. Fans all across the globe wait patiently for the new release of the episode every Sunday.

The amazing characters in the show make it very interesting, but the appearance of one favourite character of all time makes the arc worthy of breaking the internet. Yes, it is none other than Sasuke Uchiha, the last Uchiha and the only Shinobi alive to possess the Mangekyo Sharingan and Rinnegan.

But, one rumour is floating all over, and fans are confused. The question that still remains is “Does Sasuke Uchiha Die in Boruto: Naruto Next Generations?”. Let’s see what we know about this but before that, make sure to drop your views about this matter in the comments below.

Who is Sasuke Uchiha, and What are his Powers?

Before learning whether Sasuke Uchiha would die in Boruto or not, let us get to know more about his true Strength and Powers. Boruto: Naruto Next Generations has not shown its full strength but don’t worry because we have got you covered.

Sasuke married Sakura and has a daughter, Sarada Uchiha. Even though he has a family, he does not stay in the village as he is the only Shinobi who can do such dangerous and challenging work.

Sasuke possesses the Eternal Mangekyo Sharingan [EMS], Sharingan developed to its highest level and the Rinnegan, the almighty Visual Jutsu, which only God-Level beings possess. But his eyes are not the only thing that makes him so great.

Sasuke Uchiha and Naruto Uzumaki are the strongest Shinobi alive. Their powers and strength exceed the strength of all Kage put together. They are the heroes who brought an end to the Fourth Great Ninja War by defeating Kaguya Otsusuki, a goddess from another dimension.

Sasuke’s arsenal of weapons includes Fire Style Jutsu’s, Lightning Style Jutsu’s, Genjutsu, Taijutsu, Amaterasu, the Ultimate Fire that does not stop till it has burned its target, Sword skills, and many more.

After knowing all this, can you imagine the impact of Sasuke Uchiha’s Death in Boruto? With enemies from another dimension popping out to destroy the world, things may get ugly.

Does Sasuke Die in Boruto?

Sasuke Uchiha was one of the most powerful characters in the entire Naruto and Boruto verse to date. But, in the latest battle against Isshiki Otsusuki, Sasuke lost his Rinnegan! He was stabbed by a Kunai in the left eye by Momoshiki, who had taken over Boruto’s body.

With his Rinnegan lost, Sasuke can no longer use the Time-Space Ninjutsu or Teleportation Ninjutsu. He has also lost his ability to use the power of Sage of Six Paths. He still has the Eternal Mangekyo Sharingan and can use Susanoo as well as Amaterasu.

But, they are not enough to fight against tough opponents like Isshiki Otsusuki or Momoshiki Otsusuki etc. After losing his Rinnegan, he is still stronger than an average Shinobi but would be killed at the hands of Otsusuki or such a strong opponent.

It may seem that the danger has passed but do not forget that Code, the last active member of Kara, is still alive. If Code attacks the Hidden Leaf Village along with the Ten-Tails, Sasuke Uchiha and Naruto Uzumaki would definitely be the first to face him.

Code is stronger than any scientifically modified being created by Amado. As he once said, Amado had put power limiters on Code’s body to prevent him from being stronger than Jigen. Since Naruto and Sasuke together barely stood a chance against Jigen even at their full power, it is hard to say that they might even stand a chance against him.

Is there any proof that Sasuke Uchiha might die in Boruto: Naruto Next Generations?

In the first episode of Boruto: Naruto Next Generations, we see Boruto and Kawaki fighting each other over the destroyed Great Stone Faces of Hokage. The village is utterly destroyed and engulfed in flames.

Also, Boruto wears Sasuke’s headband, black cloak, and sword. Does this mean that Sasuke Uchiha is dead? Could Boruto be carrying the legacy of his master like Naruto did with his master Jiraiya?

Boruto having Sasuke’s headband, cloak, and sword definitely suggest that Sasuke might have died and entrusted everything to Boruto. Also, there are a number of possibilities by which Sasuke might die!

Sasuke is now weaker than before due to the loss of his Rinnegan. Also, strong opponents like Code and Momoshiki Otsusuki are definitely going to spring up in the near future. Many tough opponents are yet unknown, and one of them might bring the end to the Hero of the 4th great Ninja War, Sasuke Uchiha.

Let us know what you think might happen Next Time on Boruto: Naruto Next Generations. Will Sasuke Uchiha die? If you wish to know more amazing facts from Naruto or Naruto Shippuden, let us know in the comments below. 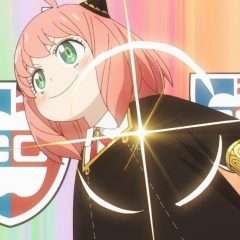