Demon Slayer Entertainment District Arc Episode 7 will be the best in this arc as the Sound Hashira will fight the Upper Demon Moon Six, Daki, in her complete form.

To add more to this epic episode, Nezuko, Tanjiro’s demon sister, might even defeat the Upper Demon Moon Six all by herself.

Yes, you got it right. Nezuko is currently fighting the Upper Demon Moon Six and is stronger than her. She had already blasted her head off with just one kick. She even blasted her straight into the ground with a single blow.

Nezuko’s generation abilities are on par with the Upper-Rank Demon Moon, and her strength was too much even for the Upper Demon Moon Six, Daki, to handle. Nezuko is furious now and has developed a leaf pattern all over her body.

It’s like a climber with many leaves and thin branches tattooed on her body. She is devastated, and her battle against Daki, the Upper Demon Moon Six, seems like a massacre where she is defeating her.

Let’s see what we can expect from the upcoming episode but for now, let’s check what happened in the epic battle between Tanjiro and the Upper Demon Moon Six. Tanjiro’s rage was at its peak, and he unleashed the Breath of the Sun Technique.

Daki, the upper demon moon six, was no match against her even with her full strength and final form. She was no longer split into two entities but could not scratch the furious Tanjiro. Tanjiro even managed to cut off Daki’s neck, but she transformed it into a soft and elastic belt at the last moment.

Later on, in the battle, he was able to corner her quickly and could have killed her as he had his sword on her neck. But some unlikely events took place.

Let’s see the episode recap in detail, and let me know what you think of the Breath of Sun technique.

You can stream the epic battles and hilarious episodes of Demon Slayer Entertainment District Arc on Crunchyroll, Funimation, Hulu, Bilibili, AnimeLab, Ufotable, etc. The latest episodes are available in subbed versions of English, Russian, Portuguese, etc., but the dubbed versions can be released soon.

If you have not watched the Demon Slayer Season 1, Demon Slayer Mugen Train Arc, and Demon Slayer Entertainment District Arc episodes yet, then you are missing a great deal. Watch the episodes now in the highest quality to witness the legendary story of Tanjiro Kamado.

Demon Slayer Entertainment District Arc Episode 7 will be amazing as Nezuko would Transform and become stronger. Nezuko is currently fighting the Upper Demon Moon Six, Daki, which is at her full strength after absorbing her other half.

Nezuko is furious about what Daki did to the humans and how she massacred them. She is also furious about what she did to Tanjiro, her brother. She had become very dangerous and blasted off the Upper Demon Moon Six, Daki’s head off.

Even though Daki cut off Nezuko’s legs and almost cut her body in two, Nezuko regenerated and was able to fight back. Nezuko’s regeneration abilities are on par with the Upper Demon Moons, as she can regrow her body parts instantly.

Nezuko fought Daki with ease and was able to land severe blows. Nezuko’s body transformed, and she developed a leaf pattern all over her body and grew a horn on her head.

This is some serious development, and after it, she beat Daki into the ground with a single strike.

What exactly is this Nezuko’s transformation? Is it good or bad? Is she now stronger than the Upper Demon Moon? Can Nezuko alone beat Daki and get rid of her for good? Leave your thoughts about this in the comments below.

Demon Slayer Entertainment District Arc Episode 7 would be interesting to watch as more about Nezuko’s transformation would be revealed.

Why did she transform, and is it a more powerful version of her Blood Demon Art? If not, then what could it be?

Another interesting this to discuss is Tanjiro’s Sun breathing. When tanjiro was enraged, blood flooded his eyes, and he went into an unknowing stage. He was able to easily slash Daki’s attacks and even her blood demon art.

It was as if the soul of the legendary user of the Sun breathing technique had taken over Tanjiro’s body. Upper Demon Moon Six, Daki was no match for Tanjiro in this state, and Tanjiro had easily slashed her neck.

By sheer luck, Daki was able to live as Tanjiro came back to his original self. So what was that? Did Tanjiro subconsciously unleash the Breath of the Sun?

Well, he was as strong as the first user of the Sun Breathing Technique.

The demon slayer who developed all breathing techniques and is the only one whom Demon King Kibutsuji Muzan feared, and it was clearly visible as Daki saw visions of him and her body started to shiver because the Demon King Muzan‘s cells inside her body knew the fear.

This was an epic battle, and imagine if Tanjiro is able to master it and control it. He would become an unstoppable force, and no demon could stand against him.

This was a serious development in the series, and we can hardly wait to see what would happen next.

Let us know what you think about this and how will it impact the strength of the Demon Slayer Corps. Hold your excitement until next Sunday to watch the episode.

Let’s check out what happened in the last episode in detail and see the series’s marvellous development with Tanjiro and Nezuko.

Also, we witnessed Nezuko continuing Tanjiro’s battle, and she had become very strong as she was at par with the Upper Demon Moon and was able to damage her seriously. Later on, we see Nezuko’s transformation as well.

So let’s see how the episode progressed from the beginning.

The episode begins with Tanjiro fighting against the Upper Demon Moon Six. He barely managed to cut through her belt using the Hinokami Kagura Dance. He could not land a single blow but was able to defend himself.

On the other side, Tengen had defeated the Upper Demon Moon Six’s body, separated from the real body. He had cut it into pieces and freed all the innocent humans. But suddenly, the belt flew from the hole above and flew off into the sky.

While Tanjiro was battling the demon, all the belt pieces flew with crazy speed and struck her. They were all absorbed in her body. Tanjiro found an opening and attacked, but the demon vanished.

The demon had absorbed all of the parts that it had split first and was now at a different strength. Its aura had changed, and its energy had increased exponentially. Tanjiro could feel the strength and chill through his bones.

Even the appearance changed. Her hair turned white.

When humans began to gather there because of the noise from battle, the Upper Demon Moon Six Daki, now at full strength, slashed everything around with her attack. She kills many innocent humans, destroys loads of houses and cut Tanjiro across his chest.

Seeing the massacre and the brutality of the demon, Tanjiro was furious. Blood flooded his eyes, and he was enraged. He could not bear it, and when the demon Daki was about to run off to battle the Hashira, Tanjiro, in an instant, caught its leg.

Tanjiro was about to slash its neck, but Daki brought her leg in between and escaped Tanjiro’s grip. Tanjiro cut off its leg, but the Upper-Rank Demon’s regeneration abilities were very high, and like Akaza, the Upper Demon Moon Three, Daki regenerated its leg in an instant.

Seeing Tanjiro’s energy, Daki began to see visions of the legendary demon slayer who had developed the breathing techniques and had brought the Demon King Muzan to the brink of death. It turns out that the cells of Demon King Muzan, which were in the Upper Demon Moon Six, recognized this energy of the Sun breather.

Daki’s fingers were numb with the fear that the cells feared. Muzan’s cells had the Layered Memories, which were now surfacing as the fear overcame once again. Daki used her Blood Demon Art: Eight-Layered Obi Slash.

She created a prison type structure with her belt. As their speed had increased exponentially, she believed that Tanjiro would not be able to cut through it but unfortunately for her, Tanjiro easily cut through it like slicing through a marshmallow.

With his Hinokami Kagura Burning Bones, Summer Sun, he slashed the blades and burnt them all. The demon could feel the burning pain where it had been slashed as it burned, and it could not regenerate.

This is the strength of the Sun Breathing Technique.

When Daki attacked again with her belt, Tanjiro slashed through it easily, and the demon was shocked that he was able to do so with such ease even when she had become her complete self and her attacks had become stronger.

The next instant she knew, Tanjiro slashed its neck with his sword and could have killed her, but she transformed her belt into a soft belt and bent, and thus it could not be cut by a sword.

Daki gained some distance from Tanjiro and attacked with more belts simultaneously.

Tanjiro considered the fact that if he avoided the attacks, innocent humans could get hurt, and thus he blocked all attacks and at the same time tossed them aside and brought together all the thirteen belts and pinned them down with his sword.

Next, he jumped and in an instant reached the Upper Demon Moon’s neck and was about to slice it off and kill the demon for good. But, he heard the voice of his dead younger brother in his head asking him to breathe, and when he did so, Tanjiro came back to consciousness.

He was no longer in the mighty form, and the spirit had left him. He collapsed and coughed a lot of blood. He could not breathe, and darkness spread across his eyes, and the next moment, he was unconscious.

The Upper Demon Moon Six, Daki thought of taking advantage of it by slicing off Tanjiro’s neck. But suddenly, her head exploded, and she was blasted off and landed a far distance.

It was Nezuko who had attacked her and blasted her head off like a watermelon.

Daki recognized Nezuko as the Demon that King Muzan mentioned that a demon is not in his control just like Tamayo and therefore asks Daki to take care of it. She attacks Nezuko, cuts off her leg, and slashes her across her body, cutting her lower half off.

Nezuko landed far away, and when Daki went there to fight her, she was surprised to see that Nezuko was able to stand and had regrown her arms and legs. Nezuko’s regenerative abilities were at par with that of an Upper-Rank Demon and that too without killing any human. Daki was shocked to see this.

Just after that, Nezuko was furious, and her body transformed. She grew larger, and her body developed a leaf pattern all over it. She grew a horn on her forehead, and her aura was terrifying.

She attacked Daki. Daki defended herself and cut off Nezuko’s arms and legs, but they were grown back in an instant. Nezuko kicked her Daki and blasted her to the ground.

Nezuko is stronger than the upper demon moon, and if this persists this way, she might even kill her all by herself.

Well, the battle is epic, and even if we had explained it in detail, covering all the points, it is worth watching, and I highly recommend you to do so. Watch the battle and leave your thoughts in the comments below about how you think it was.

Stay tuned to us for more updates on the Demon Slayer Entertainment District Arc. 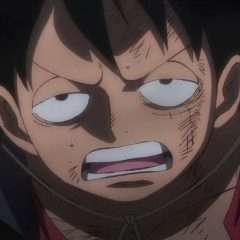