Boruto Naruto Next Generations Episode 231 will be very interesting. We might get to see an amazing fight between two Samurai. Team Wasabi has been assigned a mission to deal with some bandits.

Sword marks have been found at the location of robberies. Therefore, Tsubaki, a Samurai and a sword user from the Land of Iron, had been asked to take care of this mission along with her team.

Could one of the thieves be a Samurai? What if it turns out to be true? Will Tsubaki be able to defeat him? Can she stand against a skilled Samurai warrior? Let’s see what we know about the upcoming episode in spoilers below.

Also, Boruto Naruto Next Generations Episode 230 was amazing as Kawaki completed his final test and is now a Genin of Leaf Village. The mission was successful, but the cost was too high for Kawaki.

Mosuku, the boy who hired Shikadai, Chocho, and Kawaki to escort him on his way to the Land of calm seas, died while saving Kawaki from the enemy’s attack. He gave up his life to save and help the people of his village.

Kawaki still does not understand what it means to be a Shinobi. But, he must find an answer to this himself as no words can explain the true meaning of Shinobi. Will Kawaki be able to find his answers?

The final test will significantly impact Kawaki as he believes that Mosuku died because of him. Kawaki will have to carry the burden for his death, but he now has friends who will help him share the load.

Let’s see what happened in the latest episode in the recap section and discuss how things would turn out for Kawaki from now onwards. You can leave your thoughts in the comments below, and we can discuss them in detail.

Boruto Naruto Next Generations Episode 231 Release Date and Where to Watch Online?

Boruto Naruto Next Generations Episode 231, titled “The Rusty Sword”, is scheduled to release on Sunday, the 9th of January 2022.

The dubbed versions in various other languages can be expected to be released soon, so you can definitely enjoy the show in your comfortable language.

Boruto Naruto Next Generations Episode 231 Spoilers and What to Expect?

Boruto Naruto Next Generations Episode 231 might bring out an amazing battle between two skilled Samurai. It has been reported that some thieves have been looting people outside the village.

Sword marks have been found on the location, and therefore team Wasabi had been assigned to take care of them.

A team Wasabi, Tsubaki is a foreign exchange student from the Land of Iron and a sword user. Her expertise with the weapon might help them defeat the thief, and thus team Wasabi will handle the mission.

But things might get very ugly for Tsubaki. The thief who uses a sword might turn out to be very skilled with his weapon, and thus Tsubaki suspects that it can be someone from the Land of Iron, her homeland.

Tsubaki takes great pride in her land and, therefore, might find it hard to believe that someone from the Land of Iron could do it. Also, as the thief turns out to be a very skilled Samurai, the battle would be very difficult.

Tsubaki would have to give her all to take down this enemy. She must do it at all costs to live up to the expectations of her master. Will Tsubaki be able to defeat the enemy? Can she hold up against a skilled Samurai?

How do you think the battle will progress as the two Samurai battle each other. Let us know in the comments below. The Rusty Sword might be some trouble, and Tsubaki will have to handle it for her own sake so that she can redeem her pride.

Watch the upcoming episode this coming Sunday to learn more about this Samurai bandit and the Rusty Sword. Let’s see how things turned out for Kawaki in his Final Test, and did he successfully complete his mission?

Boruto Naruto Next Generations Episode 230 turned out to be a very interesting one. Kawaki took down the enemy, but Mosuku, the one who hired him along with Shikadai and Chocho, died in the process.

He gave up his life so that other people in his village could live. He died trying to safely deliver the cure back to his village. But when he couldn’t do it, he asked Kawaki to fulfil his dying “Wish” and deliver the cure to his master so that he could save the poor citizens of the Land of Calm Seas.

The episode begins with Kawaki and Mosuku chasing after the assassin sent by the Feudal Lord of the Land of Calm Seas. They move through the shortest route and finally catch up to him.

Mosuke also informs Kawaki that he is a member of Anbu Black Ops from the Land of Calm Seas and tortures people on orders of the Feudal Lord.

He is skilled and would be difficult to defeat. On the other hand, Shikadai helps Chocho, severely injured from the last battle and is on their way back to Hidden Leaf Village.

Konohamaru informs the Lord Seventh Hokage that the six bodies found earlier were of shinobi from the land of Calm Seas. Lord Seventh, Naruto suspects something is wrong and orders to send reinforcements for Shikadai and his team.

Team 7, assigned a mission outside the village, was nearest to the location and thus was asked to go to their assistance at once. Turns out that when Boruto had seen Shinobi running in that direction suspected something was wrong and thus left to provide backup.

Boruto and Sarada headed towards the Land of Calm Seas as they knew that Shikadai, Kawaki, and Chocho had been on a mission in the same direction, and some Shinobi had been following them. They left their D-Rank mission to escort the cattle to their owner to Mitsuki as it was easy and he could do it alone.

Boruto and Sarda catch up with Shikadai and Chocho, who were returning to Leaf Village as Chocho was badly injured. Shikadai informs them about the condition and that Kawaki had left alone to retrieve the cure.

Shikadai and Boruto decide to go back and assist him in fighting the enemy. At the same time, Sarada takes Chocho back to the Leaf village.

On the other side, Kawaki and Mosuku had finally found the assassin and attacked him. The assassin uses his secret Jutsu, ‘Infinite Sea Watchtower’. Instantly they were surrounded by thick mist and couldn’t see.

Then the assassin appeared as various clones formed from the mist itself and thus could not attack. All of Kawaki’s attacks passed right through them.

Turns out the Jutsu absorbed water from the surrounding plants and trees and used the vapour to create mist. Not only that, but it also absorbs all the water from its enemy’s body, thereby weakening them.

Assassin also used a blade and threw it at Kawaki continually to attack him. While Water is absorbed from the body and the non-stop attacks made it difficult to counter.

Kawaki figured out that all the clones were fake. Thus, the enemy was hiding somewhere and attacking secretly from the shadows.

Kawaki used the fire style jutsu and attacked the enemy. He got it right, and soon the mist and clones disappeared. Kawaki attacked the assassin and defeated him. He took away the cure back and was about to head back when suddenly the attacker attacked with his blade.

After retrieving the cure, Kawaki let his guard down and thus could not see the blade. Mosuke jumped in to save Kawaki and got hit by it.

He was losing blood at an alarming rate. He told Kawaki that he was the only one who could take the cure back to his master and help save the poor citizens of the Land of Calm Seas.

Saying so, Mosuku died in Kawaki’s arms and asked him to complete his last ‘Wish’. The assassin attacked again, but Boruto and Shikadai reached in time this time.

Boruto destroyed the weapon with his Rasengan, and Shikadai captured the enemy with his Shadow paralysis Jutsu.

Kawaki, furious with Mosuku’s death, attacked the assassin again and again and beat him till he dropped unconscious. He then took on the cure and headed towards the Land of Calm Seas’ direction to fulfil Mosuku’s last wish.

Boruto and Shikadi would not let him leave alone and went with him. As it happened, more attackers had been waiting for them in the forest.

They attacked the trio to steal the cure. Boruto and Shikadai asked Kawaki to head-on with the cure while they would stop the enemy there itself.

Kawaki reached the checkpoint, found Mosuku’s teacher, and successfully delivered the cure. He asked him to retrieve Mosuku’s body from the forest and bury him in his beloved land, for which he gave up his life.

On their way back, Kawaki collapsed due to his injuries. He woke up in the leaf hospital two days after the incident. Kawaki believes that Mosuku’s death was his fault and that he is not fit to be a shinobi.

When he was about to quit, Shikadai asked him to come with him. He takes Kawaki to the cemetery where shinobi, who died during missions, were buried. He explained that it was not his fault alone and that he has his friends that will share the burden together.

Kawaki still doesn’t understand why people would give their life for the sake of their nation and what does it mean to be a Shinobi.

Naruto tells him that he must find the answer to this question himself. He adds that Kawaki is a Genin from now onwards and would take on missions as a Shinobi of the leaf village. 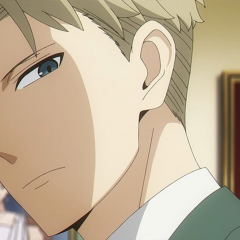