Did We See Andrew Garfield and Tobey Maguire in Spider-Man: No Way Home?

Spider-Man: No Way Home is filled with exciting stuff. Earlier, there were rumours that we might get to see Andrew Garfield and Tobey Maguire reprising in their roles.

This report had first come out way back in December 2020. The rumours were spread so drastically that they eventually shifted from just a rumour to a fact on the people’s minds.

The entire transformation took place without any kind of confirmation from Sony, Marvel Studios, or even the actors in the film.

As time passed, people had tremendous faith in seeing Andrew Garfield and Tobey Maguire in Spider-Man No Way Home. Although many steps were taken to make them all believe that this news is totally fake.

A photo had come out, and it showed Andrew Garfield on the Spider-Man: No Way Home sets. Later on, he referred to that photo as a fake one.

In February, Tom Holland had even mentioned that none of the above-mentioned actors would be a part of this film.

However, people did not stop believing these rumours because they saw this trend that both Andrew Garfield and Tom Holland were bent on repeating that there is only one Spider-Man in the movie.

There was also a belief that the second trailer of Spider-Man: No Way Home had actually played a trick on the audience by cutting out the other two actors to keep it a surprise.

Now that Spider-Man: No Way Home is already in cinemas, and we in the MediaScrolls team have watched the first-day first show of the film so we have the right answer on whether Tobey Maguire and Andrew Garfield are in the movie or not.

If you want to stay away from the spoilers, then this is where the article should end for you.

Does Spider-Man: No Way Home bring for us the duo of Tobey Maguire and Andrew Garfield?

The answer is Yes! Spider-Man: No Way Home is going to bring these two actors for us, and this is really a piece of exciting news for all the superhero fans.

Doctor Strange casts a spell to make everybody forget that the person behind the mask is Peter Parker. However, this spell goes totally wrong when Peter Parker cannot stop messing with it.

The ultimate result of the spell was that everyone who knew Peter was Spider-Man, irrespective of which universe, were all pulled in.

Doctor Strange tries his best to contain it, but a few of them have already come in through the cracks. These were the villains like Doctor Octopus (played by Alfred Molina) and Green Goblin (played by Willem Dafoe).

The list does not end here (which is a good thing) because we also get to see the Spider-Man from both the universe.

After Peter (Tom Holland) is able to trap Doctor Strange in the mirror dimension by taking away his sling ring, we see he hands it over to Ned to keep it safe. As time passes, we notice that Ned and MJ (Zendaya) start to get worried about Peter.

At that time, we see a portal opening, and there we see Andrew Garfield as Peter stepping in.

Ned then casts the same spell again, and this time, the person who steps into the scene is Tobey Maguire’s, Peter Parker. All the Peter Parkers team up with TomHolland’s Peter and fight against the villains.

Here were also a few rumours about the appearance of Emma Stone and Kristen Dunst as MJ Watson and Gwen Stacy. However, this did not turn out to be true in Spider-Man No Way Home.

We get to know that the villains were brought into the Marvel Cinematic Universe earlier in this particular timeline. Both the Peters come into the universe post the events in their movies and timeline.

So Gwen Stacy is already dead where Andrew Garfield was Peter, and Mary Jane might be doing something else in Tobey Maguire’s universe.

Stay connected with MediaScrolls to receive more updates on Spider-Man: No Way Home. 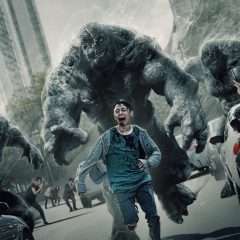