If you are looking for the answers to these questions in this article, don’t worry; we will provide all details related to Founding Titan.

What is the Founding Titan?

Founding Titan in Attack on Titan is among the nine titans that belonged to The Fritz family from the beginning.

When the great titan war concluded, the remaining people of the Fritz family, and the remaining Eldian people, shifted to Paradis Island, renaming their family name to Reiss.

The royal family of Fritz/Reiss passed on the titan powers through their family for centuries.

Ymir Fritz was one of the first people who could control the full power of the Founding Titan.

But Ymir Fritz used the Titan’s power to bring prosperity to the Eldian people, whereas the rest of the world was suffering, and Marley was burning in hell during that point in time.

This curse is known as the ‘Curse of Ymir’ i.e no titan holder can ever live more than 13 years.

Who is the Founding Titan in Attack On Titan?

When 13 years later Ymir died to split her powers, her body was forcibly canalized by her three daughters Maria, Rose and Sheena. From that throughout generation for next 1700 years, the founding Titan’s powers were passed on in the Fritz family.

That is the reason why the Founding Titan’s power got shifted to nine titan shifters.

After the seventh century, the Founding Titan’s powers were inherited by Karl Fritz, the 145th King of the Fritz family.

He was the one who abandoned all the conflicts between Eldia and the surrounding nations.

Hence, he relocated the capital of Eldia to Paradis island and there, he built three walls? (Wanna guess the names of the walls?) *Drumroll* Well, you are correct; the walls were named after the three daughters of Ymir Maria, Rose, and Sina.

Once the great titan war concluded and Eldia lost all its territory to Marley, their people fled to Paradis and started a new life there.

Once the people of Eldia reached the Paradis, their minds were erased by Karl Fritz’s Founding Titan powers from all the outside world, which made them believe that they were the last remnants of humanity and everywhere else, only the Titans lived.

Afterwards, when King Karl Fritz died, he passed on his powers to his descendants in the royal family which were now renamed to Reiss family.

How is Founding Titan Special? What Kind of powers do they hold?

Founding Titan is the strongest Titan among all the nine Titan Shifters. The Founding Titans have several unique traits that make them superior to other Titans. Below are the powers of a Founding Titan.

Founding Titan can control Other Titans.

One of the main powers of a Founding Titan is they can control Pure Titans by just screaming. However, this power is not applied to the other 9 Titans. This means the founding Titan cannot control the other Titan shifters.

The Founding Titan’s can also turn the subjects of Ymir into other Titans. However, this does not affect those who are not from Ymir’s bloodline.

In Attack on Titan, Karl Fritz, the 145th king of Eldia, used this Titan ability to turn many subjects of Ymir’s into colossal Titans so that he could build those three gigantic walls, Maria, Rose, and Sina.

Even Zeke’s Beast Titan has a similar kind of powers, but here, beast titan had to inject the other titans with Titan Fluid, and after which by screaming, he can covert them into Titans.

The Titan fluid contains the spinal fluid of the Beast Titan (Zeke).

The Founding Titan can also manipulate and erase memories of the subjects of Ymir.

Karl Fritz himself used this power to erase all the memories of the Eldian people who had come to Paradis Island after the Great Titan War.

Even Frieda Riess also used this power to erase Historia’s memories of their time together, but Frieda couldn’t master the powers of Founding Titan.

As a result, the memory manipulation didn’t work as efficiently; as a result, Historia was still able to recall her memories in her dreams.

Founding Titan’s powers can be passed on.

The Founding Titans powers can be passed on to the heirs of both Royal and common blood. Although the powers passed onto a people of common blood won’t be as effective as someone of Royal Blood.

But suppose someone comes into contact with royal blood, they can use Founding Titan’s powers. This was also shown when Eren touched Titan Diana Fritz’s hands.

He used Founding Titan’s abilities to control all the pure Titans and manipulated them to Attack Diana’s Titan.

How did Eren become Founding Titan?

After Grisha had beaten Frieda’s Founding Titan, he returned to Wall Rose and began to search for his family; he found Eren and the adopted daughter Mikasa. He got to know that Carla was killed, because of which he was devastated.

Here is one thing you should know about Grisha, he was on his last years of holding Attack Titan’s powers, and as per Ymir’s curse, no titan holder can live more than 13 years.

Hence, that was why he didn’t go back and fight Reiner, Bertolt, but instead, he decided to entrust his son Eren with Kruger’s mission.

He took Eren to the woods alone and injected him with Titan’s serum so that he could forget all his memories for the past five years.

Then once the Titan fluid was injected into Eren’s body, he transformed into a Pure Titan and consumed his father. Eren, then, had Attack Titan and Founding Titan’s powers.

Once he consumed his father, He inherited both Attack and Founding Titans powers.

How did Grisha become the Founding Titan?

When the attack on Wall Maria began, the Reiss family gathered in the chappel underground where the founding Titan’s powers were possessed and passed on throughout the generation.

Here Grisha Yeager or Eren’s father story comes into the picture. If you can recall the Attack On Titan Season 3’s plot, you would know that the OWL Eren Krugar tasked Grisha to infiltrate the walls, start a new family there, and look for Founding Titan’s powers.

Grisha also got the attack titan’s power from Eren Cruger. And as per the plan, he infiltrated the walls and began a new life there. He married Carla Yeager, and they had a son Eren Yeager.

When the Wall Maria fell down, Grisha Yeager went to the chapel where the Reiss Family was.

He then begged Frieda to use Founding Titan’s powers to save the people inside the walls.

But Frieda was unwilling to do so, so he had no other choice but to turn himself into the Attack Titan.

Then he and Frieda both fought, and due to the inexperience of Frieda, Grisha’s attack titan was able to beat her Founding Titan.

After killing Frieda, he further wanted to destroy the whole Royal Family, but Rod managed to escape.

After that, Grisha consumed Frieda’s spinal fluid. Hence that is how Grisha got Founding Titans Powers. 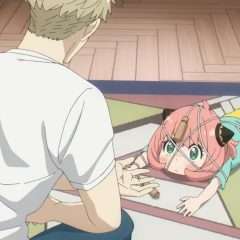