Both of them are different from each other, but they have to work together on a case that has come up.

There has been a horrifying murder in Sironah, a town in the hill station where a French teenager has been brutally murdered.

The director of the series Vinay Waikul, and the showrunner Rohan Sippy, have done a fantastic job of portraying the mystery of catching the person behind the murder in this small town.

Aranyak Season 1 brings forward the myth story of Nar Tendua or the leopard man. The circumstances lead to a few chaotic situations introduced into the story.

Kasturi Dogra seems to be very rough at the beginning of the series, but as the events continue, we see that she agrees to work along with Angad.

They investigate several people who are hiding a few of their dark secrets. If you are looking for details on Aranyak Season 1 ending, then you have landed on the perfect article.

Aranyak Season 1 Plot: What is it About?

Angad Malik and his wife Alka’s son Maroot gets kidnapped during a school play.

The episode then shifts to the flashback scene, where we see Aimee Baptiste. She is heading towards Hotel Boom and gets severely attacked.

Then comes Mahadev Dogra in the scene. He is Kasturi’s father-in-law, and he has retired from his post of the head constable in the police department.

He tells everyone about the tale of the leopard-man; the creature holds a prime place in the stories of the villagers.

It is said that this creature comes out and feats on blood at night during the eclipse.

We see that Kasturi is about to leave for a year from the station. Angad comes over to the police station of Sironah as her replacement.

The French tourist, Julie Baptiste, rush into the room and state that her daughter has been missing. At that time, we are also shown that Jagdamba Dhumal, the minister, cancels her son’s parole- Kanti.

Aranyak Season 1 introduces the audience to Manhas, a royal family and a crafty parliamentarian.

Then comes Nilima, his daughter suffering from anxiety, and Ravi Parashar, his would-be son-in-law.

Manhas plans to cut down the local forests because he wants to make a resort over there. For doing this, he needs approval from the District Collector Ashok and Jagdamba.

However, the investigation continues, and Aimee’s body is found in the forest. Her body was hanging from a tree. On doing the post-mortem, it was found that Aimee was roofied and then sexually assaulted. She was then suffocated to death.

On seeing such a case coming to the police, Kasturi decides not to go forward with her sabbatical. She intends to be a part of the investigation.

With each passing day, a lot of complex information comes up. Kasturi seems hesitant about several things; however, Angad continues being practical.

They both have their doubts about several people in the town- starting from café owners to the ministers. We also find out that Nutan, Kasturi’s daughter, secretly dates a tourist guide in the town, Bunty.

Almost everyone in the town believes that this is the work of the leopard-man. The leopard man is a half man and half animal who preys on girls.

Between 2000 and 2002, he killed over nine girls. Angad being much more practical, does not want to believe in any of these stories; however, Kasturi is in a dilemma about what she should think.

Mahadev points out that he will be catching the leopard man alone because he could not do it back when he was the head constable.

He is the only one who claims to have encountered the leopard man and has a few scars on his neck to justify his meeting.

As the investigation carries on, we see that Sundar, Julie’s boyfriend, turns out to be dealing drugs. He was killed mysteriously in court as he had claw-like marks on his body.

Both the police officers question Kanti, who is in jail because of a rape charge. As far as the reports confirm, we find that Kanti is not responsible for the assault. Angad has doubts about the owner of Cafe Sironah, Govind.

The events in Arayak Season 1 turn out to be more shocking when we see that Aimme is Ravi’s daughter.

Now there is a reason why Aimme had forced Bunty to take her to the hotel to talk to Ravi. However, she ended up encountering Kanti instead.

Manhas’ men then kidnap Bunty and threaten to release Nutan’s nudes if he does not listen to them. However, if he confesses to the cops that he is the rapist and killer, they will pay for his father’s cancer treatment.

Bunty falls into the trap and confesses, and he is jailed. But Kasturi and Angad have this feeling that he is innocent, and he is being forced to say this.

We also see that both the police officers get constant pressure from DSP Bhaati to close the case as fast as possible now that Bunty is caught.

This makes it even clear to Angad and Kasturi that something is wrong, and Bunty is being forced to confess to things he has not done.

As more and more information comes out into the open from the townspeople, the police officers understand that there is a lot more to consider. Both Angad and Kasturi understand that Gagan is not innocent, just like how he portrays himself.

The coroner responsible for examining the bodies of Sundar and Aimee also gets exposed. He is found to be a corrupt man who has been involved in forging and tampering with medical reports on several instances. He does this when he receives orders to do so from Manhas.


Aranyak Season 1 also showcases some dirty politics played by the local politicians. Manhas is seen manipulating the minister Jagdamba and DC Ashok by targeting their sons. This is done to build his resort by clearing out the local forests.

It is not just this murder that is the biggest concern in Aranyak Season 1.

The prime characters face several personal problems in their domestic life that also hold prime importance in the show. Angad faces a tough time because of his son’s loss, leading to his wife filing a divorce against him. Kasturi also lives a dead marriage life with no love for his husband, Hari.

As we head towards Aranyak Season 1, we see Angad rushing to stop Omi and Manhas from leaving the country through the Nepal border.

Once the identity of the leopard man comes out into the open, we see that Mahadev, Kasturi, and all the others rush towards Jagadamba’s residence.

Manhas and Omi are ultimately prevented from leaving the country, and the leopard man is finally captured. It was not easy to catch this killer, and the price paid for getting hold of him was indeed hefty.

Aranyak Season 1 ending shows a drug peddler, Rabbit, in a valley filled with mystery mushrooms. A pond nearby shows us the reflection of a creature that resembles the leopard man.

The events after Aimee’s death show how dangerous the men are in the town. It is confirmed that Kanti had roofied Aimme in Hotel Boom.

But we see in Aranyak Season 1 ending that Gagan had sexually assaulted her once she was left in the room drugged.

He states that he had done this because he was fed up with Kanti being the womanizer. Kanti had always made fun of Gagan for being bad at talking to women and being studious.

After he had assaulted Aimee, he stated that it boosted his ego and power for a short period. Everyone was shocked at his statement, and this also tells how appearances can end up being deceptive.

After that, Ravi found Aimee, but they were forced to leave the hotel. Later on, on Manhas’ orders, Chotu had strangled Aimee to death and stashed the body in Kanti’s trunk.

When Kanti returned home, Jagdamba and Nandan checked his car and found the body in the trunk.

Nandan then took the body to the forest and left some claws marks on her for the people to suspect that it was the leopard man’s doing. The body was then hanged from the tree, which Mahadev later found out.

In Aranyak Season 1 ending episode, we see that Nandan, Jagdamba’s loyal servant, is the Leopard-man or Nar Tendua.

Mahadev finds this out as he closely examines Aimee’s body. He finds that the style of the knot on Aimee’s neck resembles the one generally used by the hangmen.

This leads him to investigate further and discover that Nandan’s real identity is Kalidas Mallah, a hangman. He had earlier executed 16 criminals in the Central Jail of Kanpur.

He had arrived in the small nineteen years ago, and it was after that the killings in the town started. He also made sure to finish off Sundar to hide his secret.

When the police know about this information, Kasturi immediately calls Jagadamba to warn her about Nandan. She told her to stay away from him till the police came up to her place.

Meanwhile, Nandan confesses that he is the leopard man. He also tells her that he has had feelings for her all this while, and he is very jealous of Mahesh, her late husband.

Since he could never get Jagadamba’s love, he takes out his frustration on all the other girls by killing them with his sharp claw-glove.

When she clarifies that she will never be with him, he also attacks her with the claw. But Kasturi and the other cops reached there just after the attack, and they took her to the hospital as she was bleeding badly.

When Mahadev and Govind found out the person behind the leopard man was Nandan, they attacked him and hung him upside down from a tree.

Nandan’s first victim was Govind’s first love, and he could never forgive him for taking her life away.

We understand that Nandan had become a serial killer because of the sense of entitlement combined with unfulfilled love. He also finds joy when he kills the women.

After Kasturi makes sure that Manhas is there in the car, she sees that Omi is preparing to shoot Angad. She shoots Omi just when Omi also shoots Angad.

Angad gets shot in the arm, but he advances towards Omi to force him to tell him about his lost son. Omi says that his son is alive and hits him on his upper body.

Angad starts breathing heavily on being shot, and the scene shifts to Rabbit. Rabbit is the code name of a boy who is delivering drugs.

He does not get payment from his customers and attacks him to steal all his money. We find that Rabbit is Maroot, who was kidnapped five years back.

Maroot was dressed as a rabbit in his school playfield years back. Omi had also left the rabbit mask in the green room with “Bye Bye” written.

Omi had kidnapped him because Angad and the other cops had imprisoned one of his nephews and killed another while raiding on drugs. This was his revenge. He kidnapped and brought him up to be a drug peddler.

In the end, we see that Angad is severely injured, but he is not dead. Kasturi was there nearby, and she immediately took him to the hospital. If there is a second season, there are high chances that Angad will come face to face with Rabbit. 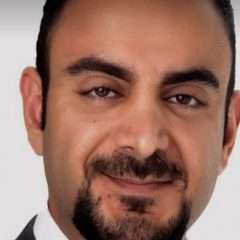 Who is Michael Patryn in Trust No One: The Hunt for the Crypto King? What was his connection with Gerry Cotten? and Who is Omar Dhanani?