DC League of Super-Pets Trailer Suggests that it Will Be a Different Kind of Animated Super Hero Movie (Image Via Warner Bros.)

The first trailer of the upcoming DC League of Super-Pets has been released on Youtube by Warner Bros.

DC League of Super-Pets will be Jared Stern’s first directorial debut, and it will feature Dwane Johnson in the main lead voicing Superman’s pet dog Krypto.

Here the Superman’s voice has been given by John Krasinski.

As per the trailer, Krypto (pet dog of Superman) and Superman are two best friends and have similar powers.

Both are fighting criminals in the Metropolis, and one day all of a sudden, all the Justice League members Superman, Batman, Wonder Woman, Green Lantern, and Cyborg, have been kidnapped.

Now to find the members of the Justice League, Krypto now forms a team of shelter pets.

The group consists of a hound named Ace (who becomes super-strong: Kevin Hart), a pig named PB (who has the power to grow to the giant in size: Vanessa Bayer), a turtle named Merton (who can go super-fast: Natasha Lyonne), and a squirrel named Chip (who now has the power to control electricity: Diego Luna).

Together, the team now will have to fight the villains in the metropolitan city and also discover the reason and the person behind the kidnapping of the Justice League members.

Stern, who has also written The Lego Batman film, has co-written DC League of Super-Pets with John Whittington.

The trailer for the DC League of Super-Pets is available now. Here is the trailer of the film below. 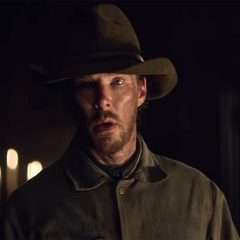 The Power of the Dog Ending Explained: What Happens to Phil at the End?