Where To Watch Redo Of Healer Anime Series Online?

The anime is based on a novel named “Kaifuku Jutusushi no Yarinaoshi” or “Kaoyari,” written by Rui Tsukiyo and illustrated by Shiokonbu.

The anime series was premiered from January 2021 till March 31, 2021, and it has gained quite a massive following in the community.

In this article, we will be discussing where we can stream the anime series online. So without further ado, let us discuss the updates.

If you are looking for an answer to know from where we can stream the anime series redo of healer anime series, well, then you are at the right place!

Besides that, VRV is also one platform that offers us a chance to stream the anime series Redo of Healer. To stream it from VRV, you will have to take their subscription, available for $9.99/month.

For countries such as Singapore, Indonesia, Thailand, Malaysia, and the Philippines, you can stream the Redo of Healer on ANIPLUS.

Although there are several other anime like Redo of Healer; however this has raised quite a number of eyebrows.

How to watch Redo of Healer uncensored?

Where to watch Redo of Healer: Crunchyroll or Funimation?

Is Redo of Healer available for streaming on Netflix, Hulu, or Amazon Prime?

Redo of Healer is also not available for streaming on Netflix, Hulu, or Amazon Prime yet.

Where to watch the High School DxD Uncensored Version Online?

How many seasons and episodes does Redo of Healer has?

As of now, 29 chapters of the manga exist. Based on the massive popularity of the anime series, it is expected that Redo of Healer Season 2 might be on the cards, which will be announced sometime later this year.

Redo of Healer: What is it about?

The story tells us about a healing magician who grew the strongest by utilizing knowledge from his previous life and healing magic.

Redo of Healer is a dark fantasy genre anime series based on a world where manes, demons, and monsters live side by side with the humans of the planet.

Keyaru is a healer who is nice to others, but people take him for granted and take advantage of him, and later, fellow adventurers often leave him behind.

He is a healer who has a deep understanding of the healing ability, which is also the reason which prevents him from fighting alone; hence he is left behind by the fellow adventurers.

One day his life takes a turn when he finally learns about the power of healing magic.

He understands that his healing magic is one of the most potent forms of magic with ultimate potential.

So once he had fully learned about his ability, he went out to seek revenge with those who mocked and hurt him before.

Keyaru then goes back to the world itself and starts to redo everything right in his way right from the beginning. 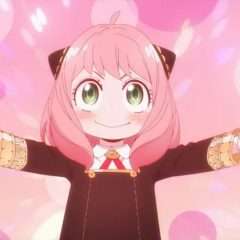