Dexter New Blood Episode 3 Release Date, Where to Watch it Online, and Spoilers

Dexter New Blood Episode 3 is now in the talks as the first two episodes of the show have built up the level of excitement of the show’s audience.

The show has returned after nearly a decade. We see how Dexter had faked his death for all this time and had disappeared from everyone he knew. In this show, we know that he has been living in Iron Lake.

In the previous episode, we saw how the police and the town volunteers all become worked up looking for Matt and set up the investigation base in Dexter’s property.

Apart from this, Dexter also learns a lot about his son, Harrison, where he had been all this while his aunty had passed away and how he found him. Lily also gets abducted.

This might be done by the person responsible for the missing reports of several teenagers living around the area.

Dexter had made a plan and executed it in such a way to make it look as if Matt had escaped from the town after shooting down a white buck.

This plan works initially, after which Kurt, Matt’s father, comes to the scene and tells him that he would have known if he had fled.

What is the expected release date of Dexter: New Blood Episode 3?

Dexter New Blood Episode 3 will be releasing very soon on the 21st of November, 2021, at 9 PM ET. The series has a total of ten episodes, each having a run time of an hour.

Every Sunday, we will get to see a new episode of the show coming up.

Where can we get to watch Dexter New Blood Season 3?

For the ones who are interested in watching Dexter’s New Episode Episode 3, they can tune in to Showtime and enjoy the episode there at the mentioned date and time.

Those who have their subscription on Showtime can view it on the Showtime application- Showtime Anytime or on the official website.

Apart from this, we can also watch this show on several platforms like SlingTV, FucoTV, Hulu+Live TV, Spectrum, YouTube TV, DirecTV, and Xfinity.

What can we expect to see in Dexter New Blood Episode 3?

In this episode, we will see that the search for Matt Caldwell continues. Kurt Caldwell, his father, is now actively involved in the investigation.

The detectives will definitely find out about the truth that Matt has been murdered.

If the police find that he has been killed, the investigation will take a totally new turn, and a search warrant will be placed for Matt’s killer.

Coming to Harrison, in Dexter’s New Blood Episode 3, we might see that he will be doing good in school.

This will turn out to be a proud as well as a worried parent.

Dexter always had this fear that his son might have inherited the dark side of his father.

In the previous episode, Dexter New Season Episode 2, we have already seen how Harrison is already skilled in breaking into properties and is also very cautious when it comes to law enforcement.

He is that kid who has always had some problems with the law.

This could also lead us to believe that Harrison might start forming a few signs of psychopathy.

Whenever he is near the police, he becomes very cautious of everything.

In Dexter New Blood Episode 3, we might see that Lily finally gets to run away from the person who had held her captive. However, on a winter night, she will not be able to cover a long distance.

Her captor will treat her as prey who is on the run. The captor might just catch her and kill her. 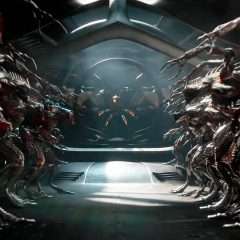