Dexter New Blood Episode 1 marked the much-awaited beginning of the series, and fans didn’t shy away from appreciating it. The original series of Dexter was over around eight years back.

Finally, we will see Michael C. Hall as Dexter Morgan returning in the new show, which continues the previous one.

Dexter Morgan dwells in Iron Lake, New York, which stays covered in snow. This place is as far as someone can probably be from the warm and sunny weather of Miami.

He was portrayed as a monster throughout the show’s previous series, and he has been able to hold onto this monster inside him for a long time. However, every night the monster tries its best to come out.

His identity right now is Jim Lindsay. Here is everything you want to know about ‘Dexter New Blood Episode 1.‘

The people of Iron Lake know Dexter by the name of Jim Lindsay. Jim has a love life right now, along with his occupation.

He is dating Angela Bishop, and he works at a local game and fish store. Surprisingly, his girlfriend is the police chief of the place.

In Dexter New Blood Season 1, we see that his current life is going quite comfortably. He spends his life following a very strict timetable.

There are times when he is not able to face a particular social situation; he copies the behavior of the ones who are there to make it feel as if he is a humble and friendly man.

Now, if we look at the town in which he lives – Iron Lake, it is a small and beautiful town where all the inhabitants know each other. We will not be finding much crime over there.

Thus Angela Bishop, the police chief of the place, remains free and has a pleasant time with her boyfriend.

As Dexter New Blood Season 1 progresses, we see that this thirst for murder and blood persists in him. He tries his best not to think about them and sticks to the code that Harry has fixed for him.

However, things do not remain the same very long. With the introduction of Harrison and Matt Caldwell, things start getting messy.

Harrison brings Dexter’s past as he comes into the show, and Matt is rich and corrupted. All this might make Dexter return to his blood-filled past.

Jennifer Carpenter’s character, Debra Morgan, is not alive. The people who have watched the show previously know that she was shot dead by Oliver Saxon, a.k.a the Brain Surgeon, a serial killer.

After being shot, she was immediately taken to the hospital. She had a stroke there and entered into a dangerous state.

Dexter settles his dues with the Brain Surgeon and then goes to the hospital to visit Debra. The entire thing happens while there is a big hurricane going on.

Seeing Debra, he realizes that she is in tremendous pain, and to prevent her from any more suffering, she cuts off her life support. Debra slowly dies, and Dexter gets very emotional.

He takes his sister’s body in his boat to submerge the dead body in the sea.

However, the surprising part is that we might see Debra in Dexter New Blood Episode 1.

As the episode starts, we understand that Debra is not real. She is just a part of Dexter’s thoughts. Debra has always represented something good in Dexter’s life, and she continues doing that even after dying.

Dexter always finds her with him in his cabin after waking up every morning.

Although she is not present there, her presence keeps Dexter away from the dark past. However, Dexter understands that her entire presence is a lie and faces a tough time. It is at this particular moment that Harrison steps into the scene.

Dexter realizes that he is a man fit for his bringing back his older actions. And things slowly start going back to how they were before.

Dexter had a son with his late wife, Rita Bennett, played by Julie Benz. This son is Harrison. Previously in the finale episode of Dexter, we see that Harrison was with Hannah McKay. Now Hannah McKay is Dexter’s earlier girlfriend, who is a serial killer too.

Both of them were in Buenos Aires, and then Hannah gets the information that Dexter is no more. In Dexter New Blood Episode 1, when we see Harrison arriving in the town to meet Dexter, we can understand that he has got to know that his father is alive.

He also received the exact location where his father stays. Dexter wonders how Harrison found him out, as it was not easy for someone of his age to do such things.

In the original show, we had seen several similarities between Dexter and his son. There are high chances that he has inherited several of his father’s traits, which are mostly psychological. When they met in Dexter New Blood Episode 1, Dexter refused to acknowledge him.

He then remembered Debra’s words, and then he decided to let go of Harrison. He believed that if the boy stayed with him, it would bring him a lot of pain and suffering. But as Dexter kills Matt, he feels he should stay connected with his son.

This desire becomes very certain and finally brings him back to where he lives.

In Dexter New Blood Episode 1, we see the entry of a rich boy, Matt Caldwell. He has come to the shop to buy hunting gear. This is the shop where Dexter works.

Dexter gets to know that Matt was the reason many people had been killed in a boating incident. This makes Matt the perfect target for Dexter. He kept on facing a lot of cravings to kill.

Dexter tried his best to keep them away. He wanted to hold on to the contentment and peace he had found in the place where he is now. But in Dexter New Blood Season 1, we see that fate takes him in a different direction.

Matt goes hunting in Dexter New Blood Episode 1 and kills a white buck. This was the white buck that Dexter had been chasing for a while now. He had got many chances to shoot it, but he did not because it would bring back the killer in him.

Thus Matt is Dexter’s first kill after a long period.

Dexter develops a makeshift killing room and then goes ahead with his ritual of killing. He understands that it has been a long time since he was on the spree of killing. Hence, he would no longer require trophies for his kills. 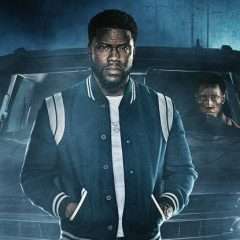