With the release of the American Rust Finale episode, season 1 of this drama series has ended.

American Rust Finale has left many loose ends, and one can hope for a sequel to get to the bottom of all the essential questions that have been left unanswered.

The beginning of American Rust Finale sees Billy, played by Alexander Neustaedler, who is about to be released from solitary confinement to the prison’s general population. Before going there, Billy leaves a message with the guard for Lee that he had kept his promise.

The Aryan inmates who were gunning for his blood beat him up brutally, sending him to a medically induced coma.

A heartbroken Grace, played by Maura Tierney, visits Billy in the hospital, telling him that he will be okay. However, at the bottom of her heart, Grace knows that he might not be able to make it.

Billy sacrificed himself for the sake of Lee, played by Julia Mayorga, and Isaac, played by David Alvarez. Billy could easily have gotten out of this mess by revealing the actual events of the mill to his public defender, Rachel, but he did not.

Elsewhere, after having a heartfelt conversation with his daughter Lee, Henry pops an overdose of pills and heads out to the garden.

In the garden, he slumps down to probably his death, much to Lee’s horror. He took this extreme step as he had started thinking of himself as a burden to his family and wanted to free Lee of this burden.

Del Harris, played by Jeff Daniels, hunts down Bobby Jesus and shoots him and later shoots Jackson as well, who arrives there. He also has to shoot an old lady, a relative of Bobby, who was a witness.

He then leaves the scene after cleaning it professionally and making it seem like Bobby and Jackson have killed one another while a stray bullet had hit the older woman.

Billy’s father, Virgil Poe, comes to Harris’ office and apologizes for his past mistakes. Virgil tells Harris that he found Billy’s gym bag containing photographs and an empty kerosene can inside a tool shed on their property.

Virgil knew that Grace hung those photographs inside the trailer. This conversation shows that both Harris and Virgil are aware that it was Grace who set fire to the trailer to gain sympathy for her son.

Later, detectives from Pittsburgh turn up at Harris’ office to ask him about his former colleague, Chuck Castellanos’ death. Harris denies having any knowledge about this.

This is when we see Isaac, who has returned to Buell, coming to Harris’ office to make his confession. He also carries the wrench with which he had killed Novick. Harris asks him to leave immediately and not to show the wrench to anybody else.

Harris has done many questionable things in his line of duty though it was to protect his loved ones. He tried his best to save Billy and is now trying to protect Isaac as well because he sees no benefit in Isaac surrendering before the authorities and ruining his life at this point.

With Bobby dead, Billy, too, is most likely to be released if he revives from the coma. Harris has done Buell a favor by killing the drug peddlers Jackson and Bobby, and in a way, repaid his debt to Chuck. 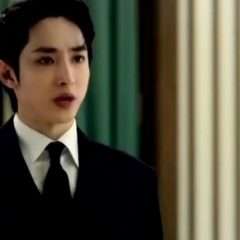