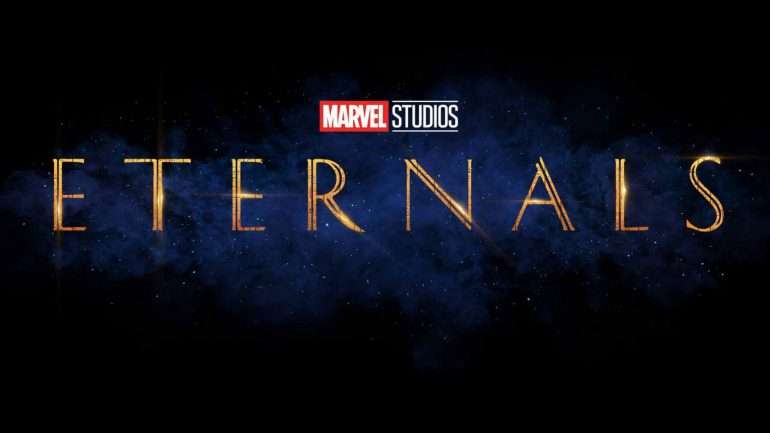 Marvel’s Eternals Ending Explained: What Happens to Ikaris? and what happens to Other Characters?

Marvel’s Eternals ending has featured a few tases and some cliffhangers, which indicate a lot of thins for Phase 4 of the Marvel Cinematic Universe.

We will also get information about a few of the primary characters.

Chloe Zhao directed the movie. Eternals will be the third entry in the Marvel Cinematic Universe Phase 4.

In this film, we will find ten superhuman beings who have all been made by Celestials. All ten of them have been named Eternals.

We will see in the primary roles are Ikaris, played by Richard Madden, and Sersi, played by Gemma Chan.

After showcasing how the Eternals have come to Earth, we will finally get to see the cliffhanger in Marvel’s Eternals ending.

In the movie, we will see the entire team coming together in the present times of the Marvel Cinematic Universe.

They get the information that the Deviants, a group of predators which Celestials had also made, are still on Earth.

Along with this, there is also an apocalyptic event, The Emergence, happening simultaneously.

The team finds out that this apocalyptic event is actually a part of the plan made by the Celestials.

There is a new Celestial which has been developing on the Earth for a long time.

It has been waiting for an increased population on the planet to derive its power and energy from them.

The Eternals are also shocked when they know about The Emergence as it was totally kept a secret for them by Ajak, played by Salma Hayek.

Ikaris was the only one who had an idea about it.

Ikaris, Sprite, and Sersi begin traveling the entire world to gather all the Eternals together.

This will happen for the first time in 2,000 years.

All of them will gather together to serve a common purpose.

Marvel’s Eternals ending aims towards a massive one because of all the events that we will get to see in the film’s entire duration.

The Eternals get divided into two teams. In the first team, we see Sersi, who tries her best to end The Emergence and protect humanity.

The second team has Ikaris, who has no problem with the Earth getting destroyed.

This would mean that the Celestials could create several other planets and civilizations, meaning new forms of life.

Kingo, played by Kumail Nanjiani, has to face all these events. Don Lee’s character, Gilgamesh, dies way before, which leaves Thena, played by Angelina Jolie, Sersi, Druig, played by Barry Keoghan, Makkari, played by Lauren Ridloff, and Phastos, played by Brian Tyree Henry to try and bring an end to the apocalyptic event.

In Marvel’s Eternals ending, we see that the entire humanity gets saved by Sersi and her team.

Marvel’s Eternals ending show us events that might make us believe that Ikaris has died.

However, many of us believe that it is not the case.

As Ikaris finds out that he will not be able to kill Sersi and stop her from blocking the emergence of Tiamut, he escapes to space and aims towards the sun.

In Marvel’s Eternals ending, his fiery death has not been shown properly, which makes the fans even more confused whether Ikaris has actually died or not.

However, from what we see in the movie, the Eternals feel that Ikaris is dead.

All the other Eternals had gone through Ajak’s death, so going through Ikaris’ death would be tough for all of them.

Sersi is currently the Prime Eternal, and hence she will be having a stronger connection to all the others.

Marvel very beautifully portrays the tale of Icarus from Greek mythology by the scene where Ikaris flies towards the sun.

The viewers are now confused about whether the character is alive or is dead.

This allows MCU to do as they please with Ikaris as Phase 4 progresses.

It might also happen that he is dead, and we might never see him in the upcoming films.

It might also happen that he has survived as the Eternals might have the power to survive the tremendous heat of the sun.

Arishem might also have stepped in the way and taken Ikaris before he died.

What happens to the characters in Marvel’s Eternals ending?

We see in Marvel’s Eternals ending that the Eternals revolt against Arishem’s plan and protect humanity.

All of them are divided into two groups.

The ending moments of the film show Druig, Thena, and Makkari leaving the Earth in the Domo spaceship to look for the other Eternals.

They need to look for more of their kind and inform all of them about the Celestials.

In the movie’s post-credits scene, we notice that it takes them a few weeks before they finally meet one of their kind.

All the other Eternals stay back on the Earth.

Sersi comes back to London, Phastos and his family shift to the ranch where Ajak used to stay earlier, and Kingo decides to raise and look after Sprite.

However, all three of them are abducted by Arishem when the Celestial gives a sudden visit to the Earth.

Sprite is left behind, which states that she will be growing up on her own among Kingo’s people.

Ajak, Gilgamesh, and even Ikaris might also be dead.

Where does Arishem take all the Eternals, and why?

In Marvel’s Eternals ending, we see Arishem, and he states that he will be taking Kingo, Sersi, and Phastos to the World Forge.

World Forge is the cosmic place that Arishem had discovered to make new Eternals and new planets.

This is also the place where Arishem keeps all the memories of the earlier missions of the Eternals.

He takes Kingo, Sersi, and Phastos to test and explore all their memories.

He is not all happy as all of them have gone against his orders to stop the emergence of Tiamut.

He demands to know why they have done this.

He wants to study their memories from the time that they had spent on Earth to understand whether they had made the correct decision or not.

If Arishem does not like what he sees, he will return to Earth and judge the entire planet.

What are the further plans about Dan Whitman, Black Knight, and Blade pin the Marvel Cinematic Universe?

The post-credit scenes of the Eternals tease a few of the things we might get to see in the future of the Marvel Cinematic Universe.

In Marvel’s Eternals ending, we are confirmed that Kit Harington’s character, Dane Whitman, has a big future up ahead in the franchise.

In this movie, we see a small role, but in the post-credits scene, we can see that he has got hold of the Ebony Blade once Sersi vanishes from the scene mysteriously.

We already got know about his family’s complicated past in the movie.

It seems that Dane will be using the Ebony Blade and its power to look for a way to bring Sersi safe and sound.

The thing that was unexpected on his part was to hear the voice of Blade.

Blade asked him whether he was prepared to get hold of the mighty sword and ultimately become the Black Knight.

The Ebony Sword has a message which states, “Death is his reward.”

This connects to the history that this sword can cut through almost everything. However, the person using it will also get corrupted over time.

This fate has fallen upon several versions of the Black Knight through the past few centuries.

We will see whether the same future also lies ahead for Kit Harington’s character in the upcoming movies.

The tease of Kit Harington in the Marvel Cinematic Universe has been an exciting one, and it will be exciting to watch him in the upcoming movies.

Although, we are not sure when we are going to see him next.

In Marvel’s Eternal ending, we also get to see Mahershala Ali’s Daywalker.

This indicated that we might see Blade in the upcoming movies or a totally separate movie that could be released sometime in 2023 or the following year.

Kit Harington might return in Blade’s solo film, and if that does not happen, we will surely see him in Eternals 2.

Who is Starfox? and who will play the character?

In Marvel’s Eternals ending, as the credits continue, we see the introduction of another important character in the Marvel Cinematic Universe.

This is Starfox or Eros, played by Harry Styles. He is the brother of Thanos and the prince of Titan.

Makkari, Druig, and Thena fly through the space on their spaceship, Domo.

They have not come in contact with any of the Eternals for several weeks.

They suddenly hear a very strange sound on their spaceship. The portal opens, and then we see Pip the Troll comes out tumbling.

Pip then introduces his partner, fighting cosmic crime, and brings Starfox to the ship with his teleporting powers.

Starfox tells them that he knows where all the other Eternals are, and he will help them find them.

It was leaked after the premiere of the movie that Harry Styles as Starfox will make his debut in the Marvel Cinematic Universe.

This debut is indeed a massive one, along with the others. The character appeared in Marvel Comics in 1972, and Eros/Starfox is totally different from Thanos, his brother.

He is a womanizer who has spent most of his time traveling all over the galaxy and looking for fun and love.

He had wished to fight Thanos and help the Avengers.

Unfortunately, this did not happen, and now he will not be able to fight his brother.

However, he will have an important role in the upcoming movies of MCU.

When can we expect the Eternals to return with a part 2?

It has been confirmed in Marvel’s Eternals ending credit scene that the Eternals will come back with a second part.

However, we have no idea as to when this will happen.

The Studios has not yet announced Eternals 2 till now, and some people feel whether bringing a second part would be required or not.

The ending tells the audience and the fans that a second part is indeed required to carry forward the storyline and bring proper justice to all the characters that have been teased.

These characters shown in the Eternals might have a big role to play in the Marvel Cinematic Universe.

The studio will also have the opportunity to make multiple spinoffs from the Eternals.

There could be one that is based on Starfox and the Eternals in the spaceship.

There also could be another spinoff on the Eternals that Arishem took.

Marvel’s Eternal ending brings for the fans the theme of humanity.

The Celestials have artificially made all the Eternals, but they still have to go through human emotions and mixed feelings about the overall purpose and motive of the humans.

We see Druig making use of his powers to make the humans stop hurting each other.

Phastos also gave up hope on human beings, but he found the good in them.

Sersi has always seen the good part of human beings, and Ikarish maintained his distance from the humans and wanted the entire human race to come to an end.

Thus we notice that all of them had different levels of faith in the human race, which divided them into two groups.

As we come to Marvel’s Eternals ending, we see Ikaris finally show his feelings for all the others in his team, especially Sersi. His feelings were totally true.

We see that as all humans are not perfect and have many flaws, the same is the case with all the Eternals.

\They, too, have a lot of things that they would have to change and finally come together and bond. 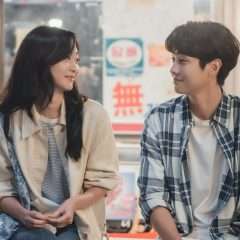