The Eternals Villain twists are indeed something that will hold a lot of discussions and talks after the movie was released in theaters very recently.

In the trailer, it was portrayed as if the Deviants are the actual villains in the film, but there are several twists and turns which bring out the truth about who the villains are.

The storyline is very intriguing, and we saw several characters emerging who were all against the Eternals.

But there was one character from the team of the Eternals who changed the entire looking angle at the story and the dynamics of the characters.

The Eternals learn that Arishem, the Celestials’ creator, has made them ensure an apocalyptic event- The Emergence. This is the birth and development of a Celestial below the surface of the Earth.

Once the Eternals get to know about this, they have a lot of discussions and quarrels among themselves. Ultimately we see the members of the team getting separated and several other such mishappenings.

The mid and the post-credits scene of the movie show us several things that could set up the perfect base for the Marvel Cinematic Universe Phase 4.

There are several twists and turns, especially when it comes to the Eternals Villain twists.

Here is everything that you would want to know about the Eternals Villain twists.

Eternals Villain twists: Is Arishem the most prominent villain?

The trailers and all the promotional materials of the film made us believe that the Deviants were the ultimate villains of the Eternals.

However, as we watch the movie, we realize that the Deviants are not the only ones the Eternals have to worry about.

The Deviants had been sent to Earth much before the Eternals had arrived. Both of them had been sent with the same purpose on Earth.

Their goal was to get rid of all the Predators so that humanity could prosper and the population could grow.

After Ajak, Sersi becomes the leader. Arishem is also seen to bring it out that there is a Celestial cell embedded within the surface of the planet for The Emergence. This will occur only when the Celestial is fully prepared to rise above all its confines.

It will be feeding on the energy of the humans and the people around. Soon it will be consuming the massive seven billion people who are there on the Earth.

It was revealed that the Tiamut, a Celestial who never emerged fully, and the others used the energy obtained from the destruction of a planet to create other worlds.

This is how the universe can remain intact by making and again remaking itself via transferring kinetic energy.

The Eternals were just mere soldiers in this task and were given the duty of protecting and looking after the humans, the intelligent beings. This was because the Celestials could finally destroy them later on and obtain their energy.

Arishem appears to be the villain in the eyes of all the Eternals because he had lied to them from the very beginning and had removed all their identities as well. Thus, they were taken away from their freedom and programmed in such a way to serve the purpose of The Emergence.

Does Ikaris become the primary villain after his betrayal, or is there some other Eternals Villain twist?

Although Arishem appears as the main villain in the film, when Ikaris betrays his team members, it hits all the Eternals badly. All of them had been here for centuries, and Ikaris was always loved and admired as a leader after Ajak.

The thing that was different in him, unlike Sersi and Ajak, was that he did not have the same affection and feelings for humans. He was also resentful about the idea of knowing about The Emergence.

He did not consider the Emergence as something wrong, but he felt that it was totally natural. He was very loyal towards Arishem, and it was challenging for him to break apart from what he was meant to do.

He felt that it was his duty to do the work that Arishem had decided and make sure everything went according to plan.

To do this, he could even go to the extent of killing his teammates if required. Tiamut’s emergence should happen, and for that, even if the Earth had to be destroyed, then it is not a big problem for him.

Ajak had started developing feelings for the humans and had doubts about the intentions of The Emergence. Ikaris killed Ajak because of this. Ikaris went forward with Sersi to bring all the Eternals together.

He believed that this would lead them to get distracted from hunting down the Deviants, who now had grown more strong and evolved.

As Ikaris found out that all the other Eternals were wholly bent on stopping the rise of Tiamut, he went utterly against them to stop them.

Ikaris thought all along that he was the only one who was doing the correct thing- the thing that was planned from before.

Why does Sprite join Ikaris?

All along with the film, we see that Sprite has been in love with Ikaris. She was also jealous of a few of her fellow teammates like Phastos and Sersi, who could blend very well with all the humans without raising any suspicion.

Sprite had the looks of a kid because she had not evolved for over seven millennia. She felt left out and lonely because she did not have an everyday life.

We find that if anything even happens to the Earth, it will not affect her in any way. She could move ahead to another planet and start all over again.

All these things, plus her love for Ikaris, have made her join the Eternals in the plan to ensure that The Emergence occurs successfully.

Why does Kingo not join Ikaris in the Eternals?

In Eternals, we see that Kingo is fond of Ikaris and knows that he is mighty. When the team got divided into two groups, he was confused about which team he should join.

Ultimately he decides to ail himself out of this as the pressure on him was too much. He became very upset by how the events turned out to be.

We can understand that there is something in him that makes him fond of the humans, and it is this care for humanity that prevents him from joining Ikaris and Sprite in their journey of the planet’s destruction.

What happens to Ikaris at the end of Eternals?

As the movie reaches an end, we see that Ikaris ultimately dies. His feelings for Sersi do not let him kill her.

He feels guilty of his actions because of being connected with the other members of the team who do not let The Emergence happen successfully.

He feels that he could never return to his team members because he had betrayed them and even tried to kill them. The audience felt that he might go to some other planet and settle there, but we see him flying to the sun. 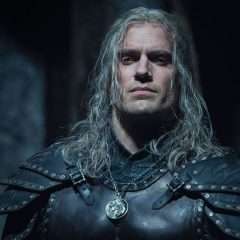 The Witcher Season 2 – Is the Geralt of Rivia alive in the end?