Gran Turismo 7 has made quite the hype among the fans, and as we approach its official release on March 4, 2022, sony has shared a new trailer, promising big.

Kazunori Yamauchi, the game director, talks about the wide variety of cars we will see in this game as we play it.

Sony Interactive Entertainments have confirmed that Gran Turismo 7 will be having more than a whopping number of 400 cars. If we have a look at the trailer of the game, we will see that there are vehicles from the old times.

They have taken special care to modern era cars, and also, another impressive thing is the addition of a few cars that we might see in the future. If you did not see the trailer yet, then do view it here.

Gran Turismo 7 trailer promised to feature more than 400 cars to all its players.

Some of the very iconic cars shown in the game’s trailer include the Toyota 2000 GT 1967, Ferrari 250 GTO 1962, Pontiac Trans Am, Mercedes-Benz CLK LM, Jaguar E-Type, Honda NSX, and some concept cars which we might see in the upcoming times.

In the entire video, we see Kazunori Yamauchi, the game’s director, talking about the importance of car collectors in the car culture.

In Gran Turismo 7, he has promised that we will get to see some of the most fantastic cars from the entire history of motors.

The game has several elements to it apart from the different variety of cars that we will get to see.

The 7th installment is one of the best driving simulator games with a complex dynamic timing system and weather system. These dynamics have been created from NASA’s original data.

The game will also feature different kinds of racing tracks.

Gran Turismo 7 players will have different cityscapes in which they can enjoy driving their cars and use the beautiful landscape backdrops for taking some snaps.

Gran Turismo 7 is not just the only game from the racing genre which will be released soon. On November 9, another massive racing game, Forza Horizon 5, is making its way into the market.

It will be available on the Xbox Series S, Xbox Series X, Xbox, One, and PCs. This game will also be bringing more than 400 cars into it.

Competition between the two will be at an all-time high, and it will be interesting to see which game comes out on top.

People owning Xbox will not be able to play Gran Turismo 7.

The same is the case for the people owning PlayStation 4 and PlayStation 5. They will also not be able to play Forza Horizon 5.

Stay tuned with MediaScrolls to know more about Gran Turismo 7. 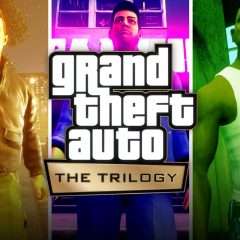