Boruto Episode 222 will bring out new techniques and various kinds of Jutsu as the ten selected Genins battle against each other.

Our favorite characters, including Team 7, Team 5, and Team 10, have qualified for finals. Those of the Genins who qualify to become Chunins will undertake B-ranked missions for the village.

Boruto: Naruto Next Generations Episode 222: Release Date and Where to Watch Online?

Boruto: Naruto Next Generations Episode 222, titled “The night before the Final Round,” will be released on Sunday, the 31st of October 2021.

For subbed versions in various languages, including English, Portuguese, Italian, Russian, etc., Crunchyroll is one of the best choices.

Boruto: Naruto Next Generations Episode 222 Spoilers: What to expect from the next episode?

Boruto Episode 222 will reveal the excitement of the night before the final rounds of Chunin Exams. All the contestants will work on their skills to refine them for the Last round.

All the ten selected candidates will battle against each other in the final round.

All have trained various new skills and techniques to prove their worth.

We can expect great deeds from everyone, especially Boruto, Sarada, Mitsuki, Inojin, and Chocho.

They have all already completed many high-ranked missions and are surely going to bring something new for us.

The most exciting character to watch will be Boruto Uzumaki.

He will prove his worth after losing in the last Chunin exams by cheating using Scientific Ninja Tools.

He will prove his abilities this time to his father, Naruto.

Boruto might even end up taking the first place. But it won’t be easy as Sarada, Sasuke’s daughter, is a real competition to him.

The next episode will probably give a glimpse of how much she has improved as well.

Not to forget, Sarada had mastered Chidori, the lightning-style Jutsu developed by the Sixth Hokage Kakashi Hatake, and passed down to Sasuke.

One of the fastest attack techniques, when combined with Sharingan, is almost unbeatable.

The battle that awaits us will be worth the wait. Also, the Samurai transfer student will depict her skills with her sword.

Not only that, Mitsuki, Orochimaru’s son, will be another person whom we can hope to make things more entertaining. Will he use his sage mode?

There are no limits to our imagination as to what can happen next but rest assured, it will be exciting.

Sit tight till Boruto: Naruto Next Generations Episode 222 is released this coming Sunday.

If you wonder how the first two tests of the Chunin Exams progressed, we have got you covered.

Read till the end and let us know your thoughts about the next episode in the comments below.

Boruto Episode 221 was an amazing one as the two tests of Chunin Exams were completed.

The first test was the written examination, and the participating teams had to score 210 points.

Each member could solve for 70 points or more, but the total should be 210.

For teams with two members only, they had to score a total of 140 points. Any person found cheating would be disqualified.

The reason behind the test was to check the ability of the Genins to communicate secretly without the enemy noticing them.

Only 20 participants qualified for the first round of the exam and headed towards the second round.

The second round was designed to determine the Chunin who had what it took to become Captains.

They were tasked to rescue ten comrades who were bound to be injured.

They had to rescue them from the enemy territory and not leave anyone behind.

The forests were full of dangerous beasts who could even kill. This was a tough challenge.

Also, some Chunins were assigned to be the enemy and had the task of taking down the participants.

The Genins undertaking the exams had to be alert while rescuing their comrades.

Mirai Sarutobi, the daughter of Asuma Sarutobi and Kurenai, also a student of Shikamaru Nara who had distinguished herself as a Chunin Captain, was testing the Genins.

She had tricked those who had let their guard down and fallen into enemy traps.

This was done to test Genin’s abilities at analyzing the situation and making the right decision.

When Mitsuki said he didn’t care if Boruto had reached the finish line, Sarada kicked him hard and attacked him.

She knew that real Mitsuki would never say such a thing and thus fought against Mirai.

She was clever and did not fall into a trap. She did not let the enemy fool her and thus prevented enemy infiltration.

She then rescued the injured comrade and brought him to safety.

She barely managed to get back with just a minute left before she crossed the finish line.

Boruto also met Kaito Kawanami, a senior at the academy who wanted to compete against him the other day.

He had been taking missions in various locations and had not been in the village for a long time.

When Boruto had rescued his hostage and was returning, he was attacked by Kaito Kawanami.

He had planted a tracking bug on him before and wanted to trick Boruto.

Unfortunately for him, the tables turned over. When a wild bear attacked, he panicked and fell into a trap.

He was severely injured on his head and was bleeding. Boruto decided to go for his rescue.

The Chunin who played the role of injured comrade asked him to leave Kaito to the medical team and proceed with the exam, but he was not to leave an injured one behind.

Boruto went to check on him and provided him the First Aid to stop bleeding from his head.

Boruto then took both Kaito, who was injured, and the hostage to the finish line.

He couldn’t make it as the timer of 45 minutes went off just before he could cross it.

Boruto’s determination to not leave an injured comrade behind in a dangerous Jungle is worth admiring.

The Genins taking the test fought with Chunins, who attacked them while rescuing their comrades.

Some of them passed through them while the others failed.

Only 10 Genins passed the second round and made it to the finals.

Boruto, who had barely missed reaching the final line, was also allowed as he was determined not to leave his comrade behind. He saved two comrades.

Naruto Uzumaki the Hokage, Shikamaru Nara the chief advisor, and Sai Yamanaka the head of Anbu were closely analyzing the skills of everyone on the battlefield using cameras placed all over it.

The Ten contestants who advance to the final round include Boruto, Sarada, Mitsuki, Inojin, Chocho, Denki, Wasabi, and Iwabe.

Shikamaru announces the final test that will take place the following day when the contestants will fight each other in a one-on-one battle.

They will have to prove their skills, sharp thinking, ability to understand the situation and make the right decision.

The second test was taken to test their ability to rescue comrades in need.

As of the attacks the villages are facing through Otsusuki and Kara, rescuing the injured and innocent civilians is a major quality that is required.

All the great nations have started conducting the Chunin exams as well.

Many Naruto fans might have thought that the Chunin Exam round 1 and round 2 were boring compared to the Chunin exams faced by their previous generation, where real dangers were dealt with.

Naruto fans can surely remember the scary round 2 of Chunin exams and the introduction of Orochimaru, one of the Sannin of hidden leaf village and then an enemy too.

This character was alone enough to bring chills out of a grown man.

If you have not watched Naruto and Naruto Shippuden, you are missing something.

You must get to it as you will see the whole life of all the people in the leaf village who have the center stage.

If you wish to know about Naruto and Naruto Shippuden, let us know in the comments below.

Boruto: Naruto Next Generations Episode 222 will bring out entertaining battles, so watch the episode this coming Sunday. 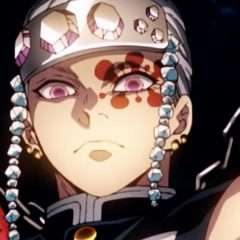