Locke and Key Season 3: Release Date, Cast, and What to Expect?

Locke and Key Season 3 would be very much expected and asked for by several fans of the show.

The ones who have gone through all the episodes of the show’s second season might indeed be waiting desperately for the third season.

There were a total of ten episodes in Locke and Key Season 2.

Netflix might surely bring Locke and Key Season 3, which will make the fans and the audience get more indulged in the supernatural drama series.

Before anything about the new season comes up, if you are interested to know a bit about it, then we have got you covered.

Here are a few details about the show’s third season regarding the release date, plot, cast, and several other such pieces of information that you might want to know.

What are the expected release date for Locke and Key Season 3?

Deadline has mentioned that the show will be back for a third season.

Meredith Averill and Carlton Cuse, the showrunners, have created a fantastic world in this show, and all of us would want the Locke family to return in Locke and Key Season 3.

Brian Wright, the Vice President of overall deals for Netflix, also feels the same about the show.

The first season of the show had released back in 2020, in the month of February.

The last chapter came up in October 2021.

This states that the show’s new season might come release sometime during the latter half of 2022.

The actor playing the character of Nina Locke, Darby Stanchfield, has mentioned that the filming of the show is already over by September 2021.

After hearing this, we hope that the Locke and Key Season 3 could come sooner in 2022 than the anticipated timeline.

Who are the cast members we will get to see in Locke and Key Season 3?

When the show returns for the third season, we will be seeing the Locke family.

There will also be several others whom we will see in Locke and Key Season 3.

There are high chances that we will get to see Hallea Jones playing the character of Eden.

What will be the expected plot of Locke and Key Season 3?

As mentioned by Meredith Averill and Carlton Cuse, there are several exciting adventures that are in store for us in the Locke and Key Season 3.

They are also very happy to continue their journey of storytelling through Netflix.

By the end of the second season, we saw that Dodge had finally been defeated.

Frederick Gideon has just started off with his series of events.

Eden had summoned him, and for once, the audience felt that she was going to be dominating over the roost.

Unfortunately, the Captain cast her into the great depths of the well from which he had come before exiting through the portal of hell.

By what time can we expect the trailer of Locke and Key Season 3 to arrive?

Generally, the trend is that the trailer arrives a month before the show gets released.

Till now, we have no precise idea as to when Locke and Key Season 3 will release Once we get to know about a date, then knowing about when the trailer would release would become easy. 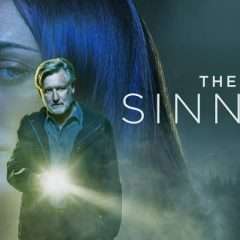 The Sinner Season 4 Ending Explained: Who Killed Bo Lam? and What happened to Percy?