DC FanDome 2021 has just put up the limits for virtual fan events.

This has brought in the best and the brightest talents from all over the DC Multiverse.

In the streaming event, we will get to see some of the most prominent DC TV shows, movies, comics, and games, which will be coming up in the upcoming year, 2022.

A few of them which were shown in the DC FanDome 2021; we saw a look at The Batman, Peacemaker, Black Adam, Suicide Squad: Kill the Justice League and several others.

We saw the trailer of several of these movies and TV shows.

Apart from the trailers, we also saw behind the scenes and several memorable moments with some of our favorite stars from the DC Universe.

The DC FanDome 2021 had in store a lot of surprises for all its fans, and it has surely impressed each and every one of them.

When was DC FanDome 2021 held and where can you get to watch it?

For the people who are staying in Australia, the event is on the 17th of October, 2021, which is a Sunday, at 3 AM AEST.

This is totally a free streaming event, and everyone can get to watch as long as one has a stable internet speed and connection. The DC FanDome 2021 can be broadcasted directly from DCFanDome.com.

If you have not watched the event, then there is no need to worry at all.

We will cover all the important discussions and the movies, shows, and games that were displayed at the event.

Here is a detailed recap of the DC FanDome 2021 event.

The event started with the first look at the man in black- Black Adam. Dwayne Johnson looked amazing as Black Adam.

He has taken his seat in the DC’s Hall of Heroes to talk about his role as the character.

He has also shared an amazing sneak peek, which showcased the entry of Black Adam in the movie.

2. Aquaman and the Lost Kingdom

The fans got a look at the behind-the-scenes of Jason Momoa’s Aquaman and the Lost Kingdom.

There were some gigantic desert creatures and grasshoppers.

We have no clue what they were but whatever we saw seemed pretty amazing.

The director of Aquaman and the Lost Kingdom, James Wan, has promised all the fans an exciting adventure which will be filled with several fantastic elements.

The audience of the event also had a look at the Aquaman: King of Atlantis and a small clip from the 2nd episode of the show.

The debut episode is currently available on HBO Max. Every interested reader can go and check it out over there.

3. Grant Gustin and The Flash

There have been a lot of announcements that we have got to see in the DC FanDome 2021 event.

The next superhero in line is The Flash.

Grant Gustin has come onto the scene and discussed playing the role of a father in the new season.

He has mentioned that The Flash suit will be getting an update in this new season.

Along with the update, we will see the gold boots of The Flash that had been missing for a long time.

Grant Gustin considers these boots to be one of those important elements which had been missing from the suit for so long.

This game by Rocksteady Studios has now come back in this year’s events with more information and insights into the game.

In the DC FanDome 2021 we got to see the trailer of Suicide Squad: Kill the Justice League, which also showcased the game’s characters, a basic overview of the storyline, the tone of the game, and several other such elements.

The trailer also showcased something very exciting about the Penguin which left all the fans excited and wanting more.

The fans of Superman had a lot of content to go through in this year’s event.

It started with a tour of the farm of the Kents, where we saw the cast of Superman & Lois.

We also got to see an emotional moment of Supergirl which brought in several cast members from the past.

Apart from this, we got a look at the upcoming episode of DC’s Stargirl and My Adventures with Superman, which is the upcoming animated series where we will get to see Superman.

Fans of the character also got to hear from Jim Lee, the DC Chief Creative Officer, and Publisher.

He has introduced a completely new slogan for Superman.

Superman had always been a symbol of hope which is always there to inspire the people around him.

He will be going into new missions and battles with the statement: Truth, Justice, and a Better tomorrow.

The teaser trailer of Peacemaker has also been released with the commentary made by the man himself behind the Peacemaker- John Cena.

The fans also got a sneak peek at the behind-the-scenes and the cast members in the movie.

James Gunn also discussed The Suicide Squad spinoff series, which we will see on the 13th of January, 2022, only on HBO Max.

Matt Bomer was seen in DC’s Hall of Heroes.

He had come to announce that Doom Patrol, the HBO Max original series, will be coming back for a fourth season and showcased an amazing mid-season trailer.

For the ones who have missed out on the third season of the show, now would be the perfect time to keep yourself up to date.

The show has been fixed to release on the 11th of November, which is a Thursday.

In DC FanDome 2021 we saw that the video game franchise has shifted from the comics to screens.

The new animated movie, Injustice, will come on screens on the 19th of October. The movie will be available on 4K, Blu-ray, and digital.

The movie has been made after being inspired by the Injustice: Year One comic series by Tom Taylor.

DC’s Monkey Prince has been announced in the News Flash segment of DC FanDome 2021.

Monkey Prince will be returning to the screens on the 22nd of February, 2022.

This is a new series that has been issued based on 12 comic books. Gene Luen Yang has written the books, and the artist is Bernard Chang.

If you are excited to know more about it, then head on to DCComics.com, and you will find a short story over there on Monkey Prince.

Batwoman has come back with a Season 3, and Javicia Leslie, the star of the show, came to the event to share her excitement about the things we will see in this new season.

We will get to see some of the classic villains from Gotham, like Poison Ivy and Mad Hatter.

In DC FanDome 2021, Rachel Skarsten, the show’s co-star, was also there who brought up for the fans Batwoman & Alice.

The trailer was very well appreciated by the fans and the audience of the event.

In last year’s event, Gotham Knights had made its debut, but this year’s event has brought down some chills down the spines of the members of the Hall of Heroes. Games Montreal has showcased an amazing trailer of the game.

The trailer has also showcased the biggest enemy in the game- the Court of Owls.

We also got to hear from Greg Capullo, Scott Snyder, Montréal’s Ann Lemay, and Patrick Redding from Games Montreal.

They mentioned that the game would present the players with some unique tasks and challenges.

It will feel great to adapt to the secret ways of the Gotham soldiers and play the game accordingly.

All the fans of Titans will be very excited to hear that Titans Season 4 is on its way.

The organizers also gave us a look at the finale of the third season before showing the Season 4 trailer.

The debut of Season 4 will be happening on the 21st of October, which is a Thursday.

Nothing much was revealed about the Titans Season 4. As time passes, we will get to know more about it.

We also got a sneak peek at the wild and extreme upcoming season of the show.

The animators are putting in a lot of labor and hard work on it. LET THE EAT, BANG, KILL TOUR BEGIN!!

Batman: Caped Crusader is another new animated series that will reimagine the Batman mythology.

This was showcased by J.J. Abrams, Matt Reeves, James Tucker, and Bruce Timm.

The iteration of the show has been set back in the timeline of the 1940s.

The animation technologies and techniques have been utilized amazingly.

The storytelling will be sophisticated, and the characters we will see in the show will be very nuanced.

If you are looking for action, then Batman: Caped Crusader will be packed with it.

Zachary Levi and Asher Angel took us to a few of the behind-the-scenes of Shazam! Fury of the Gods.

This gave an idea to the fans as to what they could expect out of the sequel.

The sequel promises to bring in more action, some exotic sets, and a storyline that is largely based on mythology.

The villains in the sequel played by Hellen Mirren and Lucy Liu are going to be immensely powerful.

This movie will be coming out in 2023, which is a long time from now.

This also means that we will get to see a series of trailers which we will be seeing in the upcoming times.

16. Wonder Woman: Trial of the Amazons

2022 will bring for all the fans a massive crossover in the comics front. We will be seeing something that is going to affect the future of the Amazons.

Wonder Woman: Trial of the Amazons will be causing problems in each and every corner of Wonder Woman’s world.

We will be seeing Queen Hippolyta and Diana leaving Nubia and making their way towards Themyscira along with all the Amazonians.

As this happens, we will see Wonder Girl and Nubia finding themselves in the middle of a big struggle for power.

This battle will define the future of the tribes of Amazon.

Pennyworth stars Ben Aldridge, and Jack Bannon were present in the DC FanDome 2021 to bring some very exciting news for all the fans.

The news was that Season 3 of their hit show by Warner Bros. Television will be releasing in 2022 exclusively on HBO Max. This will be an HBO Max original.

The first and the second seasons will also be available over there, so the interested ones can go and check it.

Season 3 is now in the phase of filming.

This series is built based on Alfred Pennyworth, played by Bannon. He forms a security company and then goes on to work with Thomas Wayne, played by Aldridge.

This season will be a psychological thriller and will be a very exciting one.

The massive highlight of the DC FanDome 2021 was the trailer for The Batman. Robert Pattinson, Zoë Kravitz, and Matt Reeves have made their way to the Hall of Heroes.

We hope that you have all enjoyed going through the recap of the DC FanDome 2021.

The event was filled with loads of exciting news which we have presented to you in this detailed article.

Stay tuned with MediaScrolls to receive more updates on all the TV shows, movies, and games that have been mentioned over here. 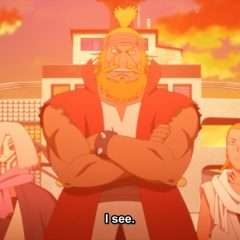