Edens Zero Season 1 turned out to be one of the best anime of all time. It had action, drama, comedy, tragedy and was full of entertainment. We were surprised every time as the series progressed in exciting ways. From Shiki’s departure on his adventure to the birth of a new Four Shining Stars, the journey was amazing.

But is this the end? Of course not! This is just the beginning of the adventures of Shiki and his friends. So let’s dive in and see more about what we can expect in Edens Zero Season 2.

Edens Zero Season 2 will most likely proceed towards Edens Zero’s Journey to finding Mother. But, will it be so easy? New challenges await them.

In the first season, they barely escaped Draken Joe, one of the Oracion Seis Galactia, who is after Edens Zero. The Shining stars outsmarted them by placing a holographic decoy at their place.

This helped to trick the enemy, and therefore they avoided combat but will it be possible again? They are bound to cross each other’s paths as Draken Joe is determined to take over Edens Zero. What will happen then? They will have to battle him, and what will be the outcome of this battle?

Not only Draken Joe, but the mystery of Captain Connors is still unsolved. Who is he, and why the man calls himself the captain of Edens One? Is he indeed an ally, or can he turn against them? How is he so skilled with ships? Was he a space pirate before? What is the Edens One that he claims himself to be captain of? Captain Connors has not gained the trust of every Shining star, and Witch is alert about this unknown guest.

One last question, Will Edens Zero make it through the Dragonfall and eventually arrive at Mother? How will their journey progress? With the new Four Shining Stars, the quest to finding the Mother will now take a new leap.

Also, what role will the Arsenal and the Leaper play in this quest will be very interesting to watch. Their new powers are bound to be useful, but how is what we are waiting to watch.

Too many questions but only one way to find answers to all of them. Sit tight and wait till we bring out more exciting news about Edens Zero Season 2 as it releases. Also, let us know in the comments below about what you think might happen next. If you have answers to the questions, type them up, and we can see if your guess was correct as the new episodes get out soon.

Edens Zero brought to us the journey of a boy named Shiki who lived his entire life among robots and androids on an isolated planet and one day will become one of the strongest men in the universe and rise as the Demon King.

He left his home planet Granbell as a B-Cuber Rebecca visited the planet to make a video for her channel but ended up meeting Shiki.

All the robots on the planet acted to have been infected by the virus and thus attacked him. This was done so that he could leave the earth and stay with humans as the life of the robots would soon come to an end, and Shiki will be gone forever. Shiki, along with Rebecca, escaped the planet and here began his adventures around the cosmos.

Shiki registered himself on Rebecca’s planet as an adventurer. He and Rebecca and Happy, an android cat, go to meet Professor Weizs Stein, who transformed Happy into an android after an accident.

Unfortunately, the planet had suffered a chronophage attack and thus has lost 50 years of its time. They found young professor Stein. They had some adventure there and found a new friend Pino, another Android there.

They all left the planet and soon were captured by a space pirate. Shiki defeated her and soon came to realize that it was fake. The ship that captured them was Edens Zero, and as a return favor to the Old Demon King Ziggy, the pirate had taken care of the ship.

Ziggy asks her to give it to his grandson when he steps into the cosmos. Shiki was now the owner of the Demon King Ziggy’s Edens Zero, the ship in which he planned to find Mother.

He found Witch, the first Shining Star of demon King and the Shield of Edens on the ship. She related to them the complete story of Demon King Ziggy. Shiki, too decided to complete his grandfather’s incomplete task and find Mother. But to do so, they need all Four Shining Stars of the Demon King, and here begins their journey.

The second shining star to be found was Sister, the Healer of Edens Zero. She can heal any human and repair any android with her powers. They found her captive on a planet named Guilst.

The adventure on that planet was amazing, and Rebecca saved many B-Cubers lives. You can know more about it in the recap of the previous episodes.

In this same journey to find Sister, they come across one more person. Homura helped them in rescuing Sister and joined the Edens Zero. Later, she is found to be the student of Valkyrie, the fourth Shining Star of Edens zero, and the Sword of Edens.

The third Shining Star Hermit was found in the Digital world. She is the master of technology and prevents Edens Zero from any attacks that lead to the failure of its system. She hated humans as they had abused her skills and destroyed her.

They have tormented her to such an extent that she hates humans. But Shiki turns her mind and proves that even humans can be good. With this, hermit returns back as the third Shining Star.

The journey to the fourth Shining Star and Homura’s master was not easy, but our heroes did it well. With the help of the time oracle, they found that Valkyrie was on planet Sun Jewel. They even faced the challenge put by the time oracle, which later proved to be useful to them.

They faced hardship and found more about Valkyrie and why she left Homura to come to this planet. Valkyrie was dead, and the reason for it was Homura’s Mother Kurenai, also the ruler of the planet. In the same arc, the birth of two superpowers took place. The legend of Arsenal begins here, and Rebecca unlocked the power of Leaper that will be useful in the future.

You can know more about the previous episodes in detail about how Shiki and his friends progressed in their adventure across the universe. With the new four Shining Stars, the Journey to Mother will now be interesting, so hold tight until the Edens Zero Season 2. 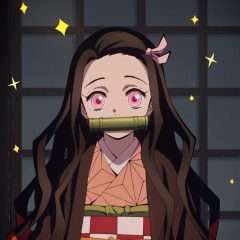