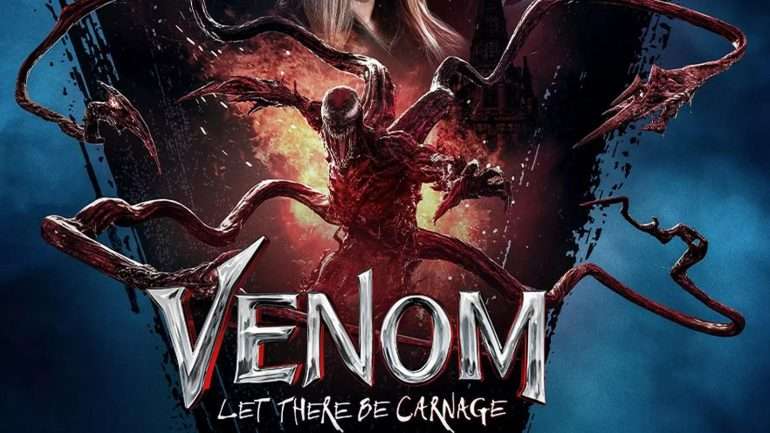 When Can We Expect Venom 3 to Arrive after the success of Venom: Let There Be Carnage?

There are a lot of talks going on about Venom 3 just after Venom: Let There Be Carnage. Director Andy Serkis and Tom Hardy have said several things about the next installment of the movie. If you want to know all about it, this is the perfect article for you.

Venom: Let There Be Carnage had a bombshell scene in the post-credits which built the interest of the audience to another level. The movie has been able to pick up 11.6 million dollars on the preview night very smoothly.

It was easily expected that the movie would be able to gather well over 50.6 million dollars if we consider the ticket sales in the domestic regions in the opening weekend.

Currently, the second installment of Venom has been getting mixed reviews. Now that Venom has two movies, the audience and the fans would definitely want to see Eddie Brock and his alien symbiote in the Marvel Cinematic Universe.

Venom: Let There Be Carnage has promised all its fans that the film is much better than the one made back in 2018. In this new movie, we will see new characters having new superpowers and capabilities.

Among these newly introduced characters, we also have Carnage– the villain of the film. We also get to see Shriek, played by Naomie Harris. The makers have ensured that the audience will be seeing something very happening in the film every minute.

The second installment of the movie has come out after three years, and indeed the demands and expectations from the film were a lot. After this movie came out, Director Andy Serkis and Tom Hardy had some very important things to say about Venom 3.

What is the condition on which Venom 3 is dependent?

Both the director and the actor have clearly mentioned that Venom 3 will be a go if Venom: Let There Be Carnage turns out to be very successful.

Tom Hardy has said that the team definitely would be very excited to work on Venom 3. Just not that, he also went on to mention that while shooting for Venom: Let There Be Carnage, he also started some work on venom 3 to ensure that the continuity remains.

Although the chances of whether Venom 3 will be in the works or not totally depend on the success of Venom: Let There Be Carnage, the studio, Sony, is very interested in working on another installment of the movie.

The box office results play a key role over here. As a Venom fan, I hope that the box office gives some amazing results, and we get to see the upcoming installments of the movie.

When will Venom 3 release?

Till now, there has been no official confirmation as to whether we will get to see a third installment of the movie. So the fans of Venom can pick a date as per their choice to satisfy themselves for the time being.

However, we are sure about the fact that when the studio confirms the movie, work will start very quickly, and the trailer will come very soon after that for Venom 3.

What is significant about the ending of Venom: Let There Be Carnage?

As we go to the end part of the movie, the post-credits scene, we see that both Venom and Eddie are having a nice chat. Venom is sharing the required knowledge of symbiotes with Eddie, and then we see the room starts shaking, after which there are several realities that start flashing right before their eyes.

One of these visions takes them to a hotel room where there is a television showing Tom Holland’s Spider-Man. This excited the fans to a whole different level as now it has been confirmed that if there is a sequel, we will definitely see Venom and Spider-Man coming face to face with each other.

What is Venom’s future in the Marvel Cinematic Universe?

In Venom: Let There Be Carnage, the post-credits scene bring in front of the audience a big reveal that Venom is also a part of the Marvel Cinematic Universe.

We got to see Peter Parker in the ending, which might indicate that the enemies will meet very soon. Although we are not very sure about how it will happen, we can never doubt Marvel Studios. They are known to create wonders, and they might do the same even during this time in Phase 4 of the Marvel Cinematic Universe.

Venom: Let There Be Carnage Review and Ending Explained: Some times Sequel is much better than the first part

Are there any chances of Tom Hardy getting replaced in Venom 3?

To answer this question in a direct manner, it is a clear no! Replacing Tom Hardy in the role of Venom seems very unlikely, not because of the role that he is playing on screen but also because of the work he has done behind the screen on the character.

There is one very interesting aspect about Michelle Williams‘ character in Venom 3. If she returns in the movie’s third installment, she might be coming in as Ann or the She-Venom.

This fact is still not that clear now. Michelle Williams was not seen much in Venom: Let There Be Carnage, but we all know that she is an important character in Venom. So there might be chances that we might get to see She-Venom in Venom 3.

Venom 3 will open a vast scope and new opportunities for Michelle Williams. Her fiancé Dan Lewis, played by Reid Scott, will also be seen.

The couple seems to be hitting well together, so both of them will be again seen returning together in the next movie if there is one. We would also like to see more of Mrs. Chen, played by Peggy Lu. Her small fun-filled roles in the movie cheer all the audience.

Stay connected with MediaScrolls to know more about the upcoming installments of the movie and several such exciting news.