Sounds Like Love Review and Ending Explained: What Happens to Maca and Leo at the End?

Sounds Like Love is a romantic comedy movie based on the 2018 bestseller series of Spanish novels written by Elisabet Benavent. Directed by Juana Marcias, Sounds Like Love revolves around 29-year-old Maca (played by Maria Valverde), going through a rough patch of her life.

On the professional front, she is underpaid and overworked, and her personal life, too, is quite in a mess with her finding it hard to get over her boyfriend’s betrayal.

“Sounds Like Love” is about Maca, a young girl living in Madrid and working for the cold and oppressive social media influencer, Pipa, who never seems to give any credit to the overworked Maca.

To make things worse, her boyfriend, Leo, played by Álex González, with whom she was planning to move in, suddenly left several years ago, without a word. It broke her heart, and she later learned that Leo had started dating Raquel, Maca’s acquaintance, who was helping her find a new job.

Maca has her friends, Adriana (played by Susana Abaitua) and Jimena (played by Elisabet Casanovas), who provide unwavering support to her, but even they are not without their personal issues.

Adding to Maca’s confusion, Leo comes back to her, apologizing for his past actions and saying that what they shared was very special to him. Maca eventually forgives him, and they start their relationship all over again.

Meanwhile, Maca gets a job offer through Raquel’s contacts, which requires her to move to Paris. Now, she has to decide between her career and her love life.

Sounds Like Love Ending Explained: Does Maca move to Paris for her new job?

Sounds Like Love seems to be all about making your own choices without having to regret anything. Leo seems to think that his relationship with Maca is going to last and even takes her to the apartment where they were supposed to move in years ago.

However, Maca decides to take the new job in Paris. Maca does not seem to be apologetic about her decision, and towards the end of Sounds Like Love, we see a more confident version of Maca, living life to the fullest. She seems to have discovered her true self, having come out of her shell.

In the movie’s closing moments, she is seen kissing Leo, which opens up several new possibilities. It could mean that Leo can follow her to Paris, or they might be thinking of pursuing a long-distance relationship. It could also mean that both of them intend to move on amicably.

Do Adriana and Jimena move on at the end of Sounds Like Love?

Maca sends a video message to her friends, Adriana and Jimena, in which she explains her decision to relocate. Maca’s message seems to have a liberating effect on her friends as well.

Despite being attracted to a girl, Adriana feels obliged to carry on with her loveless marriage with Julian. Towards the end of Sounds Like Love, she is seen arriving at her girlfriend’s place with a bag.

Meanwhile, Jimena discovers that Jorge has been pretending to be a reincarnation of Santi because of his resemblance to the latter. Though he cares for Jimena, she feels that she does not really love Jorge.

He was only a means of her being close to Santi again. Jimena, too, decides to move on and gives a second chance to her relationship with Samuel. The ending of Sounds Like Love finds the three friends moving on and rediscovering themselves.

Sounds Like Love Review: Stream It or Skip It?

Trying to charm the viewers with its humor, Sounds Like Love tries to defy the notion of romance portrayed in romantic movies. However, despite the excellent performance by the actors, the script lacks the charm that it was expected to have. The chaotic script makes us suggest that you can skip Sounds Like Love. 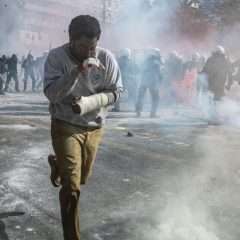