Release Date of Stargirl Season 2 Episode 5 and Where Can You Watch It?

Stargirl Season 2 Episode 5 will be aired on The CW television network on September 7, 2021, at 8 PM Eastern Time (ET). New episodes of 45 minutes duration are aired every Tuesday.

What To Expect From Stargirl Season 2 Episode 5?

Courtney is expected to be annoyed with Pat for keeping secrets from her. Meanwhile, darkness and ominous weather will begin to engulf the Blue Valley. The change in weather might be an indication of Eclipso’s close proximity to the Blue Valley.

Stargirl Season 2 Episode 5 will also highlight Cindy‘s efforts in trying to revive the Injustice Society of America while she fights the demons of her past. Her decision to recruit Cameron Malikent in her squad might backfire. Also, The Shade’s intention behind trying to find Eclipso might be revealed.

They even kidnap Mike and force him to approach Pat and Barbara. They assure Pat that they would return to jail if he would help them to attend the tryout. Though Pat is reluctant to help the escaped convicts, he finds a common link between them, which is the fact that both of the couples want the best for their daughters.

Meanwhile, Courtney comes across The Shade and accuses him of hatching conspiracies along with Eclipso. To this, The Shade replies that he is not as villainous as everyone thinks him to be.

If he has done any bad to some people, it was because they deserved it. He also reveals that he plans to dispose of the Black Diamond in the sea to stop Eclipso permanently. He tells Courtney that Eclipso had killed Dr. Mid-Night‘s ten-year-old daughter.

Artemis gives an incredible performance at the tryouts after she finds her parents cheering her on amongst the audience. However, things start going wrong when Cindy uses the Black Diamond to manipulate Artemis’ thoughts mentally.

She sees a SWAT team attack her parents, and she, in turn, attacks them back but finds that she has actually attacked Courtney. Her misconduct at the field costs her a position in the college team. Cindy grabs this opportunity to recruit Artemis in her squad.

Meanwhile, Pat and Barbara agree that they should not reveal everything to Courtney in order to protect her. Courtney goes out in search of The Shade, hoping to find out the truth. Another revelation comes in the form of Chuck revealing to Beth that he is actually Dr. Mid-Night, which means that Dr. Mid-Night is not dead.

Stargirl Season 1 premiered on May 18, 2020, having 13 episodes on DC Universe and The CW television network the following day. The CW network became the primary broadcasting network in season 2. 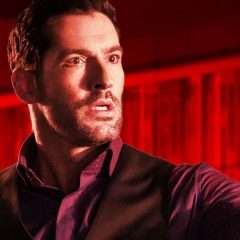