What If Episode 5 (credit: Disney+)

What If Episode 5 Release Date, Spoilers, and Recap of Episode 4

What If Episode 5 will be releasing very soon in the upcoming week. The entire episode will focus on Thor coming to earth and the events after that.

In the previous episode of the show, we saw how Stephen Strange slowly went on to become Sorcerer Supreme. The entire episode was developed in such a way that it amazed the fans and audience of the show visually. The animated format of the episode gave a truly cinematic experience to everyone who watched it.

In What If Episode 4, the most interesting parts were the insights into the behavior and nature of The Watcher or Uatu. Watch this episode before watching What If Episode 5. If you want a quick recap of the previous episode, then we have got you covered.

When will What If Episode 5 release, and where can we watch it online?

What If Episode 5 will release on the 7th of September, 2021 at 3 AM EST exclusively on Disney+. This is the show’s first season, and it will have a total of nine episodes. Each episode will have an average run time of 30 minutes. On every Wednesday, we will see a new episode of the show release.

For all the fans and audience of the show, What If Episode 5 will be available exclusively on Disney+. It is Disney+ Original content and will not be available on any other platform.

What If Episode 4 Recap: What happened when Dr. Strange lost his heart instead of hand?

The first two episodes of the series showcased how small changes can bring about a huge impact in reality. However, the previous two episodes took a dark turn towards the characters’ events in the Marvel Cinematic Universe. What If Episode 4 was titled “What If… Doctor Strange Lost His Heart Instead of His Hands?”

The events of the episode followed the events that happened in 2016 in the first movie of Dr. Strange. However, over here, instead of losing his hands, Stephen has lost the person whom he loves the most in the world in the car accident.

He was driving to an event to receive an award with his lover- Christine Palmer, beside him. Christine Palmer had agreed to be his date as long as she was going to get dessert out of her date. Their car gets hit by another vehicle on the road, and in this accident, Christine dies.

Stephen starts looking for the mystic arts and gets to know about the Eye of Agamotto because he was looking for answers. The events happen one after the other, as was showcased in the movie. The Ancient One meets the end of her life, and Dr. Strange finally has to fight Dormammu.

Strange was not able to accept the death of his lover, so he decides to go back in time and try to save her from the accident. He gives in the best of his efforts, but he notices that he is not able to save her anytime.

The Ancient One visits the accident spot and tells Dr. Strange that he should try to forget about it and try to move on. Dr. Strange cannot stand no as an answer in this case, and they start fighting. He is then transported to a jungle. He tries looking for the lost library of Cagliostro.

This library had the hidden secret that could give him the answer to how he could change an Absolute Point in time. If Stephen could get hold of this knowledge, then he could make proper use of it to reverse Christine Palmer’s death.

Stephen finally finds the library, and once he goes there, he finds O’Bengh. He has been the librarian over there guarding the books and secrets of the Cagliostro. O’Bengh directs him towards the books he wants, but then there was a short encounter with a cosmic being that left him injured. Stephen could not figure out what to do in such a situation, so he stole the power which could help him change time.

After Stephen had stolen all the energy, he again found his way back to O’Bengh. He found that O’Bengh was almost reaching the end of his life and had kept himself frozen for a long time. O’Bengh rejects Stephen’s offer of providing eternal life. The Sorcerer Supreme, however, informs him that there is another version of him in the universe.

We get to know that when the Ancient One had fought with Stephen, she had split reality into two parts, and this allowed two versions of Stephen to exist in the universe. One of the versions never looked at the past, and the other was always getting into the past.

The Ancient One tells Strange that he is the only person who can put an end to his other half. Strange goes on to cast his protection spell, but right towards the end of casting the spell, the other Dr. Strange Supreme gets hold of the counterpart.

Strange Supreme makes use of his newly acquired power to bring Christine back. He soon realizes that doing this would destroy reality, so he regrets doing it. He convinces The Watcher to stop this from happening as he does not want the world to suffer because of his mistakes.

Know About What If Episode 3 Recap

What can we expect to see from What If Episode 5? (Spoilers ahead!)

What If Episode 5 will have its full focus on Thor and his arrival on the planet. The entire journey of Thor, God of thunder, will be reimagined in the episode.

What If Episode 5 will showcase Thor’s reason for coming to Earth in a different way. He has been banished from Asgard, and hence he has come to the Earth. However, he has not been stripped of his Asgardian powers. Hence, he does not have to pass through a new phase on the planet and enjoys his stardom because of his god-like looks and immense power.

Stay connected with MediaScrolls to know more about What If Episode 5 in detail. Leave in your comments as to what are your thoughts on Marvel’s new approach in content. 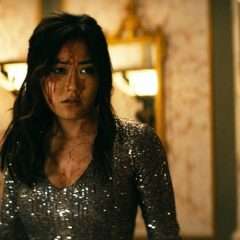