Netflix’s Sweet Girl Review and Ending Explained: Should You Watch It or Skip It?

Netflix’s new action-thriller Sweet Girl has just been released, and we are here with the review of the film. In the lead, Jason Mamoa plays Ray Cooper, a dedicated middle-class family man who transforms into a vengeful man after his wife’s death and the battle he undertakes against the medical company giants.

We have recently watched the film as well, and we are here with the complete review of the film in this article. You will get to know the whole story of Netflix’s Sweet Girl and whether the film is worth the watch?

The film starts with Amanda Cooper falls ill with terminal cancer, and her husband, Ray, and her daughter Rachel (Isabela Merced) are with her on the journey to help her fight cancer.

One day, the doctor arrives and tells Ray that they have finally found a life-saving drug with a success rate of over 86 percent, and this drug can be used to cure his wife’s cancer.

Then as we advance to the day when the drug was needed to be applied, and Amanda’s situation becomes very critical, we see the doctor saying they will not be able to find the medicine to save Amanda as the manufacturing company of the drug BioPrime has decided to pull off the life-saving drug from the market.

Devasted by the news Ray and her daughter tries to spend their last moment with Amanda, who was now on the ventilator life support.

Then on a live debate, we see congresswoman Diana Morgan and Kelly, the CEO of BioPrime, discussing why they have withdrawn the drug from the market.

Ray then calls to the news channel and threatens Kelly that he will kill him if he doesn’t reverse the decision and anything happens to his wife.

Later that day, Amanda passes away; this was a very emotional moment in the film. We saw that Ray (Jason Mamoa) and her daughter Rachel (Isabela Merced) couldn’t control their tears.

As we advance to Six months since Amanda’s passing, Ray receives a call from the reporter named Martin Benett, who informs him that he can give him justice for Amanda and told him to meet him in the subway.

Martin tells Rat that BioPrime is bribing anyone who is questioning their business strategies. Like Amanda, more than hundreds of patients died due to their decision to pull off the life-saving drug from the market.

Then before Benett could explain further who was behind the whole operation, we see someone (will be later revealed as Santos) stabbing him from behind.

Then there is a fight sequence in the train in which we saw Ray also been stabbed by that person, and both he and Rachel were down unconscious on the floor as the perpetrator manages to escape. (Rachel was following her father to see where he was going)

Two years later to that incident, Ray is now investigating his wife’s death on his own, and He manages to sneak into a party where Kelly was present and interrogates him about the hit on Bennett and why he pulled off the life-saving drug from the market.

Kelly says it was chairman Vinod Shah’s decision; he signs all the hits. Ray then kills Kelly and the bodyguards and takes Rachel, and tries to run away from the town.

Sweet Girl Movie Second Half and Ending Explained: It was Rachel All Along.

Rachel is concerned about Ray’s revenge and tries to get in touch with an FBI Agent Sarah Meeker and convince her that BioPrime is the main culprit.

Like them, hundreds of families have lost their loved ones because they decided to pull the life-saving drug from the market.

The following day, BioPrime sends two more mercenaries into the motel to kill Ray and her daughter, but Ray again kills both. Ray now wants to end this and wants to go to Shah, but Sarah insists on going with him.

Then Ray plans a diversion plan by trapping Shah’s car in a tunnel then plans to interrogate him, but before he could do that, we see Santos, a hitman planted by Diana Morgan, the congresswoman.

Santos kills Shah and then meets with Ray and his daughter and reveals to them that Diana Morgan was behind all this and he is a hitman planned by him.

Ray gives him three options: they can fight here; second option Ray tells the cops in the bar, and all of them will go to jail. The third option he lets Ray and Rachel go for the time being; they will go to Pitsburg to kill Diana. Then, he and Santos will meet again and finish their unfinished business.

Here, the strange thing is that Santos says to Rachel instead of Ray that they will meet again in Pitsburg. Even while watching the movie, we found this quite unusual.

But this confusion was soon dismissed as we see both reach Pitsburg, where the FBI chases them. We see Ray running away and finally going to the baseball stadium’s roof, as shown at the film’s beginning.

As Meeker tries to talk him down, we get to the major plot twist that it was Rachel all along and Ray died two years back by the stabbed wound given by Santos so since then, Rachel had PTSD, and on her own, she has been continuing her father quest for vengeance.

She then jumps from the stadium’s roof and lands in the river but is still arrested by Meeker, but she manages to crash the ambulance and escape.

Then the final climax comes. Rachel breaks into Mogan’s office and faces Santos once again, and this time she kills him.

After that, she confronts Morgan and records her saying that BioPrime bribed her and she was the one who ordered the hit to kill Ray and Bennett.

After recording the whole stuff instead of killing Morgan, Rachel leaves and sends the voice recording to the FBI.

FBI then arrests Morgan, and then we see Rachel going away from Pitsburg unknowingly what the future holds for her but believes wherever she goes, Ray and Amanda will always be with her.

Netflix’s Sweet Girl Movie: Watch It or Skip It?

Netflix’s Sweet Girl movie is good for a one-time watch. The best thing about the film was Jason Mamoa’s acting and the crucial plot revelation we witnessed in the second half of the movie that it was Rachel all along who was suffering from PTSD.

Apart from that, the film offers nothing new it is like the same old action thriller with a slightly different climax at the end. Plus, most of the action sequences in the movie aren’t quite coherently framed.

So, all in all, it is only suitable for a one-time watch if you are a fan of Mamoa and want to witness his charm on the screen. If we had to rate it, then we would give it a 2.5/5 rating.

Acting-wise, Jason Mamoa as Ray Cooper, Isabela Merced as Rachel did complete justice to their role; the film would have been better if they could have taken the time to develop the character of Mamoa from a loving family man to the vengeful persona.

The plot twist at the end with Rachel was also great. This was one of the twists that we didn’t expect all along; the second half of the film is the most important aspect; this is where the important details related to the congresswoman and Rachel will be revealed. So the final verdict will be that the film is good for a one-time watch.

That’s all for now; for more such important updates related to your favorite tv shows, movies, anime, or technology, stay tuned to MediaScrolls. 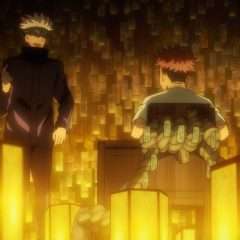