Gamora Fortnite Skin Will Be Available In The Game Very Soon

Gamora Fortnite Skin will come soon. Gamora from the Guardians of the Galaxy will be seen in Fortnite very soon. There have already been several characters from Marvel who have joined the scene, and now there is even more.

The alien warrior with the green skin from the Guardians of the Galaxy has been confirmed to come to the game via a new skin. All the details about the skin are here. Read the article to know every detail about it.

The ones who have no idea about who Gamora is, she is actually a character from the Marvel Cinematic Universe. Thanos had forcibly adopted her, and she has spent her starting years working for the mad and cruel Titan.

She then joined hands with the Guardians of the Galaxy, where she met Star-Lord, Groot, Drax, and finally Rocket Raccoon.

In the recent Avengers movie, her version in the past figured out what had happened to her, so she decided to go against her step-father. The Gamora Fortnite Skin will bring in an exciting Marvel addition to the game.

When will the Gamora Fortnite Skin release?

The Gamora Fortnite Skin is going to arrive in the item shop of the game on the 14th of August at 8 PM ET. She is the third member of the Guardians of the Galaxy team to join the game. We had seen Groot in Chapter 2, Season 4 of the game, and Star-Lord in Chapter 1, Season 8.

Cost of the skin and the first look at it

The Gamora Fortnite Skin will be seen wearing a white suit, which is frequently seen in several comics. The other cosmetics that we will get to see are the gray cloak back bling, the glide board, godslayer, and the godslayer pickaxe sword, which is the coolest one out of all the others.

Fans will easily be able to identify the character’s skin as the collapsible sword she used in both the films will be showcased.

Nothing has been announced officially as to how much the skin will cost for the ones who are interested in buying it. There are some reports that Epic will be selling the skin and another bundle pack having the skin and the other cosmetics.

How can we get the skin as early as possible?

Epic is following its tradition of holding a special competition for all the players who want to flex their competition muscles. The competition of the Gamora Cup has been fixed to happen on the 11th of August. Here are a few things that are important for this competition.

Get ready to play with the skin of the Daughter of Thanos and wreak havoc on the map. 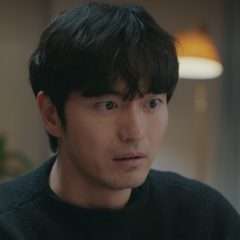