James Gunn’s Suicide Squad has finally arrived, and the action-adventure film of DC’s Supervillain has been praised all over the internet for its funny, engaging, action-packed storyline.

The film stars in a South American Island nation of Corto Maltese where the Task Force X team-1 and team-2 were instructed to infiltrate one facility known as the Jötunheim scientific facility.

As per the intelligence report, the Jötunheim scientific facility was home to a project called Project Starfish, and for more than 30 years, Gaius Grieves, also known as The Thinker, was working on the project.

Task Force X, aka The Suicide Squad, was informed to find The Thinker first and then, with his help, infiltrate the facility and destroy every file related to the Starfish Project.

But although the mission seems easy at first, we had to remember that the anti-American military leaders run the country where the scientific facility is located.

They want to use the project starfish to bring havoc in the unites states, UK and China to elevate their country’s status.

If you don’t like spoilers then we would recommend you not to read this article.

The post-credits scenes are often used to tease what we can expect from the next part of the film. And James Gunn’s The Suicide Squad(2021) was no exception as well.

Yes! The Weasel is still alive in the mid-post credit; we saw Weasel waking up at the beach. It was the first post-credit scene of the film.

At the beginning of the film, we witnessed Weasel jumping off the plane to swim to the island, but the squad wasn’t aware if Weasel knew how to swim.

So, soon after jumping off the aircraft, Weasel struggled to swim, and soon he started drowning, but later on, Brian Durlin or Savant (Michael Rooker) tried to save him. It was one of many hilarious moments in the film.

Savant, after saving Weasel, reached the shore where we noticed that Weasel is not breathing and he is dead.

But later on, at the mid-credit scene of the movie, we witnessed Weasel finally waking up means he is alive, so that hints this is not the last time we see him on the screen.

Maybe he will be a part of the next suicide squad movie in the future.

Adding to that, as the Weasel woke up at the ending moments of the film, Weasel might still think that the project is still on.

Plus, even Viola Davis/Amanda Waller is not aware that Weasel is alive at this point, so will the Weasel cause any other crimes now? Well, only the forthcoming Suicide Squad movies will be able to answer it.

Yes, The Peacemaker, aka Christopher Smith(played by John Cena), is still alive.

In the ending scene of Suicide Squad, we saw John Economos (Steve Agee) and Emilia Harcourt (Jennifer Holland) appearing alongside a doctor who then takes them to the ICU where Peacemaker was kept.

There we saw that Peacemaker is still alive. In the film, there was a fight between Peacemaker and Bloodsport (Idris Elba).

The fight had taken place when Peacemaker was about to kill RatCatcher to retrieve the disk which contained all the files related to the Starfish Project.

That disk contained the information that the United States Government funded the Starfish project.

So to keep that a secret, the Peacemaker was secretly tasked by Amanda Waller to make sure the disk gets destroyed immediately when it is retrieved. But that didn’t happen as expected;

We first saw when The Thinker revealed the details of the Starfish Project, how they had executed the project on kids, and god knows how many lives they have taken.

Colonel Rick Flag(Joel Kinnaman) was furious, and he wanted to take the disk and make it public so that the whole world know about the project.

But then comes the twist we saw Peacemaker telling Rick Flag that he would not allow him to do that and revealed that he had been given direct orders from Waller to destroy that disk when found.

So with both of them disagreeing on this, they fought each other, It was an intense fight scene, and at the end of it, unfortunately, Rick Flag got killed by the Peacemaker.

The Ratcatcher witnessed all this, and she soon took the disk and started to run. But, the Peacemaker caught her eventually and was about to kill her.

That is when Bloodsport came into the picture; he saved the Ratcatcher and injured the Peacemaker with his bullets. But in the film, when it happened, we assumed he was dead as the impact of Bloodsport’s bullet was far damaging.

But apparently, it was not the case at the end post-credit scene. We saw Peacemaker is still alive.

Both Economos and Harcourt were assigned to Peacemaker as both disobeyed Amanda Waller’s orders and helped the squad kill the Starfish.

We all know about the vindictive and unforgiving nature of Amanda Waller’s character in the comics; she is someone who can quickly make your life miserable and makes people regret their decision, and it seems like Economos and Harcourt are in her court now.

In the last scene of The Suicide Squad Film, we witnessed Economos and Harcourt stating that Peacemaker’s full recovery is significant as they need him to save the world.

The Peacemaker has proved his worth during the mission as discussed previously, he was among the planted seed in the task by Waller, and it seems that Waller has some other plans with him as well.

The ending post-credit scene sets up the upcoming Peacemaker series on HBO Max perfectly, which will be released in January 2022.

The Suicide Squad(2021) director James Gunn will also produce the Peacemaker HBO Max Series and will direct 5 out of its eight episodes of the Peacemaker Series.

In the series, we might witness the back story of Peacemaker and the next mission Waller has tasked with him. That’s all for now for more such interesting updates stay tuned to MediaScrolls. 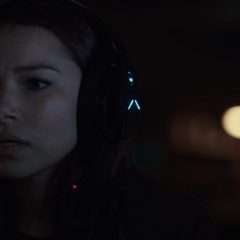 See for Me Ending Explained, and Review